Considering it just tastes like sugary water, it’s a pleasant surprise to learn that there are actually a number of health benefits of watermelon. The pretty pink melon is full of vitamins, antioxidants and electrolytes while being low in calories and fat. It can help with digestion, and even benefit eye health and heart health… 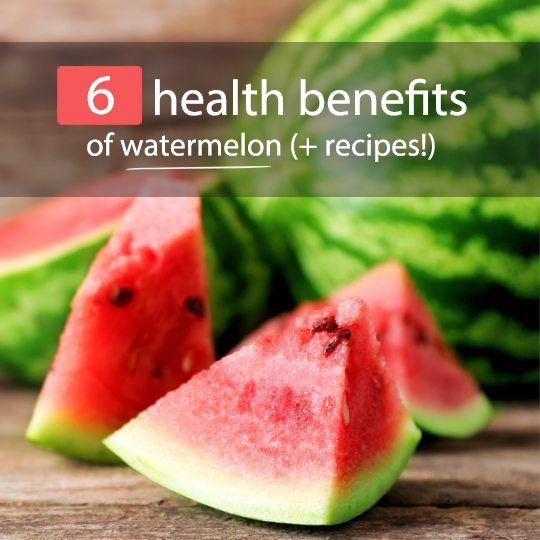 As the name suggests, watermelon (Citrullus lanatus) is mainly water. Up to 92%, in fact! As well as helping to rehydrate the body, the refreshing fruit is soaked full of nutrients. The sweet, juicy red-pink melon is believed to have originated in the Kalahari Desert in Africa. The first recorded watermelon harvest is found in Egyptian hieroglyphics, about 5,000 years ago. Watermelon made its way along the Mediterranean Sea and ended up in China by the 10th century. China is now the largest producer of watermelons in the world. The US is ranked fifth globally in watermelon production. Florida, Texas, California, Georgia and Arizona produce the most across the nation. They most likely arrived in the US with African slaves. 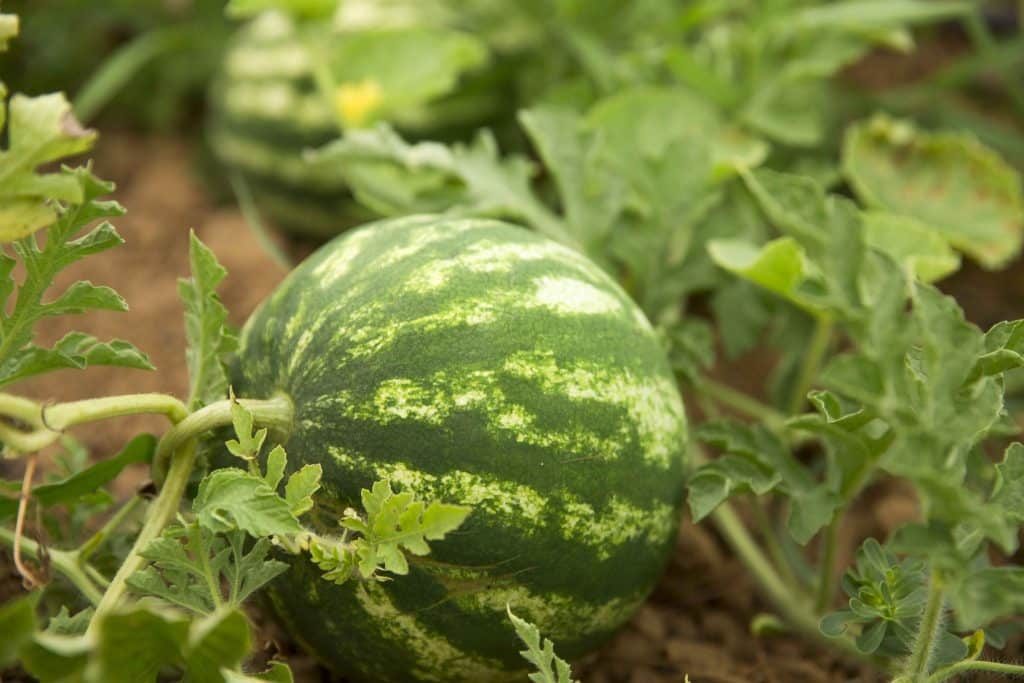 Watermelon is related to the cucumber, pumpkin and squash. There are between 200 and 300 varieties grown in the US and Mexio, but only about 50 are popular. By weight, they are the most consumed melon in the US, ahead of cantaloupe and honeydew. Despite the unpopularity of it, even the rind can be eaten, meaning all parts of the melon are edible.

Most watermelons have seeds, but seedless ones are available. They are a sterile hybrid, created by crossing male pollen with a female watermelon flower, both with specific chromosomes per cell. When the hybrid melon matures, the little white seeds inside contain 33 chromosomes, which renders it sterile. 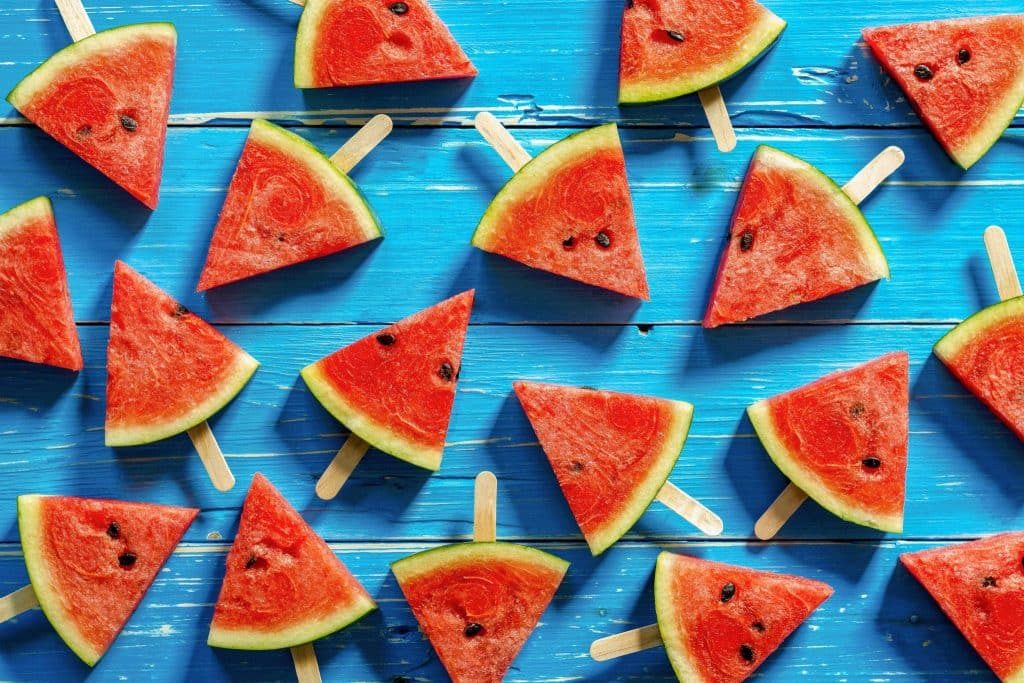 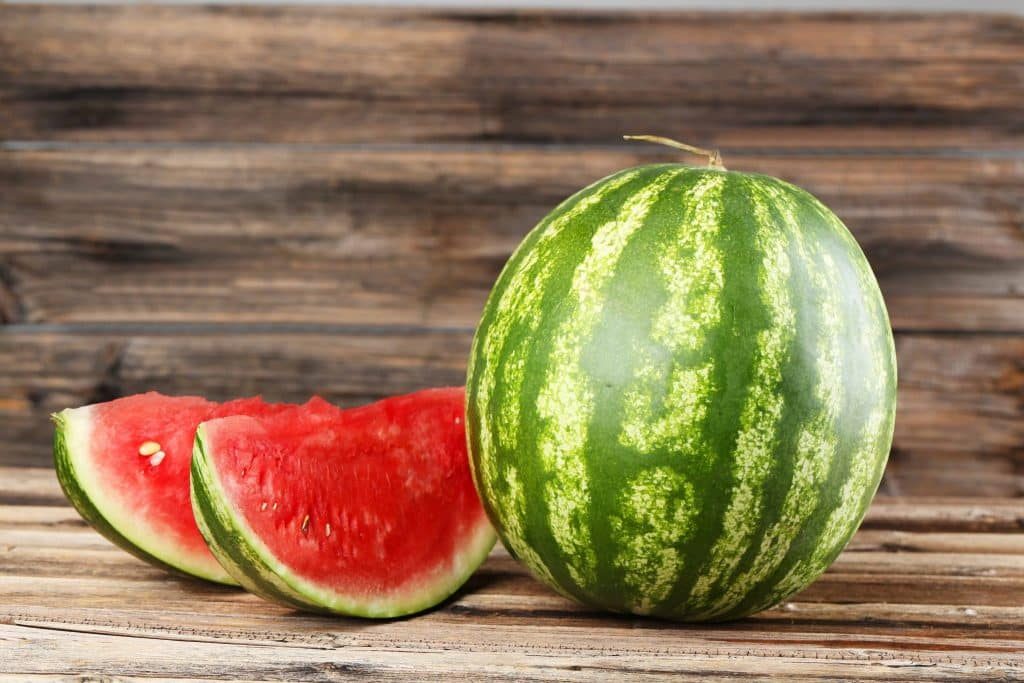 Watermelon is 92% water, but also has plenty of nutritional value. It contains healthy amounts of vitamins A and C, as well as beneficial antioxidants and amino acids. All of that while being low in calories and fat free! Let’s take a look at the specific health benefits watermelon can offer…

Talk about an all-natural food to rehydrate the body, especially if you feel like you need some sugar and vitamins along with water. Watermelon is pretty close to 100% water, but, importantly, the juice is full of beneficial electrolytes. While drinking water is the most important way to keep you hydrated, eating foods with a high water content can also help. Because watermelon also has a hit of fiber, it can keep you hydrated and feeling full. It means you’re eating a decent volume of food with few calories. The electrolytes found in watermelon may even help prevent heat stroke. 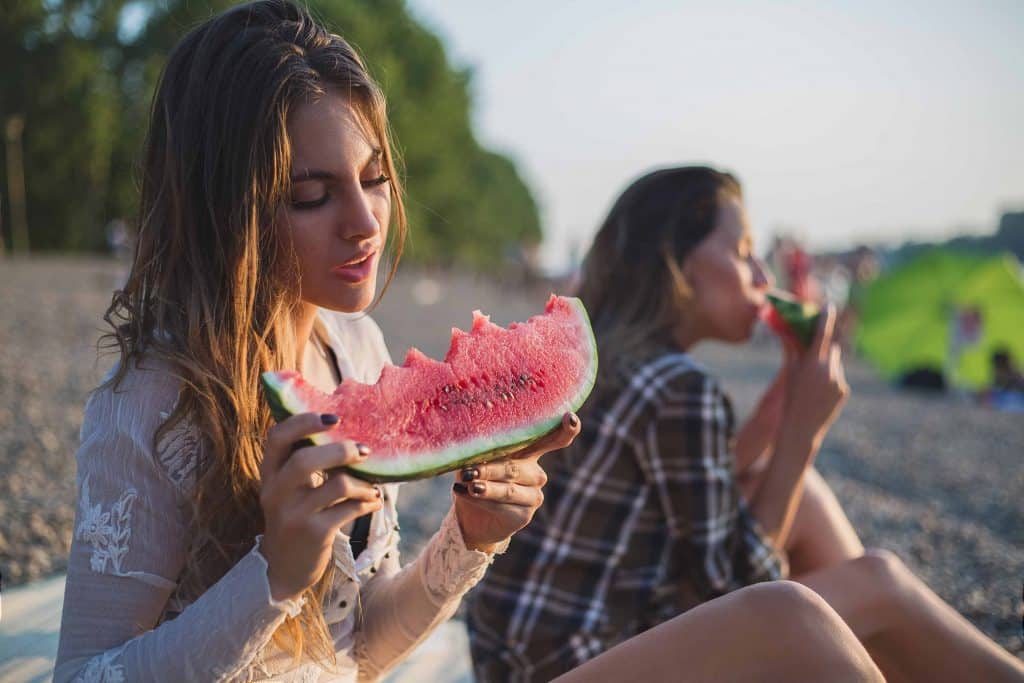 Watermelon contains a small amount of fiber and lots of water, which are both important for healthy digestive function. The combination keeps you regular. The water helps move food and waste through the digestive tract and fiber provides bulk for your stool. Fruits and vegetables that are rich in fiber and water can promote regular bowel movement. 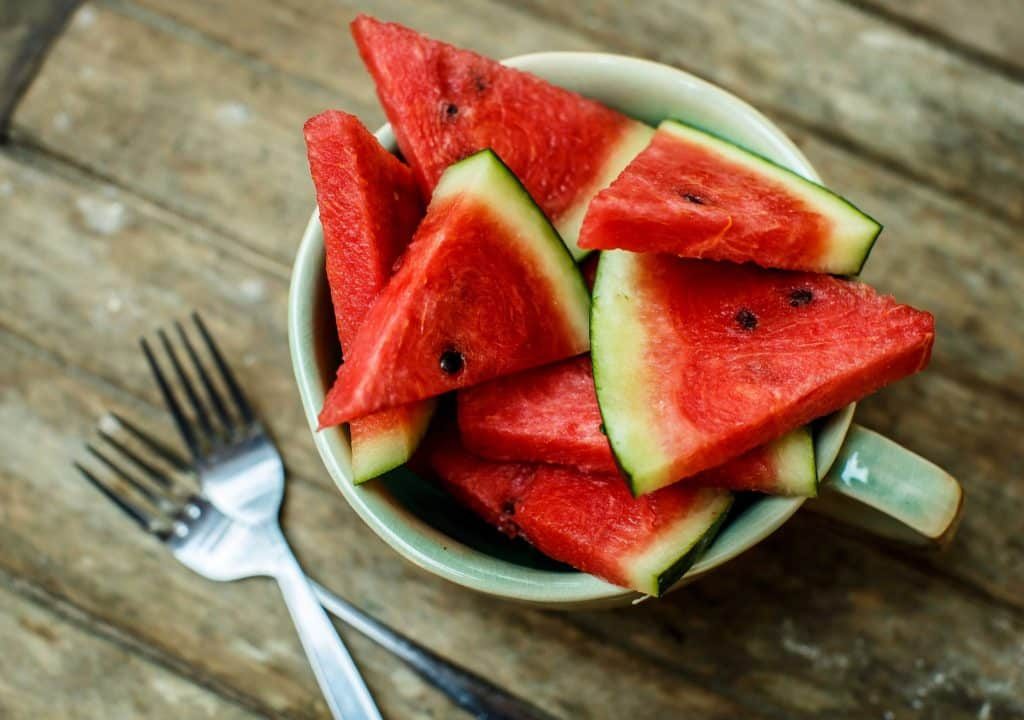 An animal study conducted by Purdue University and University of Kentucky in 2012 found that watermelon may be beneficial to heart health. The study looked at the role of citrulline, a compound found in watermelon. Researchers concluded the amino acid may play a role in promoting cardiovascular health.

There are also several other nutrients in watermelon that have specific benefits for the heart. A 2014 study found that the high levels of lycopene found in watermelon may lower cholesterol and blood pressure. It was also found to help prevent oxidative damage to cholesterol. Lycopene is a chemical that occurs naturally in some fruits and vegetables, giving them their red color, like tomatoes. Obese postmenopausal women were found to benefit from lycopene in another study. Researchers found it may help reduce the stiffness and thickness of artery walls.

Watermelon contains anti-inflammatory antioxidants, including lycopene and vitamin C. They may help reduce inflammation and oxidative damage. Lycopene works as an inhibitor for certain inflammatory processes and as an antioxidant that neutralizes free radicals. A 2015 study looked at supplementing an unhealthy diet with watermelon powder in laboratory rats. Researchers found the subjects that ate the powder developed lower levels of C-reactive protein (which is a marker for inflammation), and less oxidative stress when compared to the control group. Inflammation can promote chronic diseases, so it is important to keep it at bay. Choline is also found in watermelon, which can help reduce chronic inflammation. 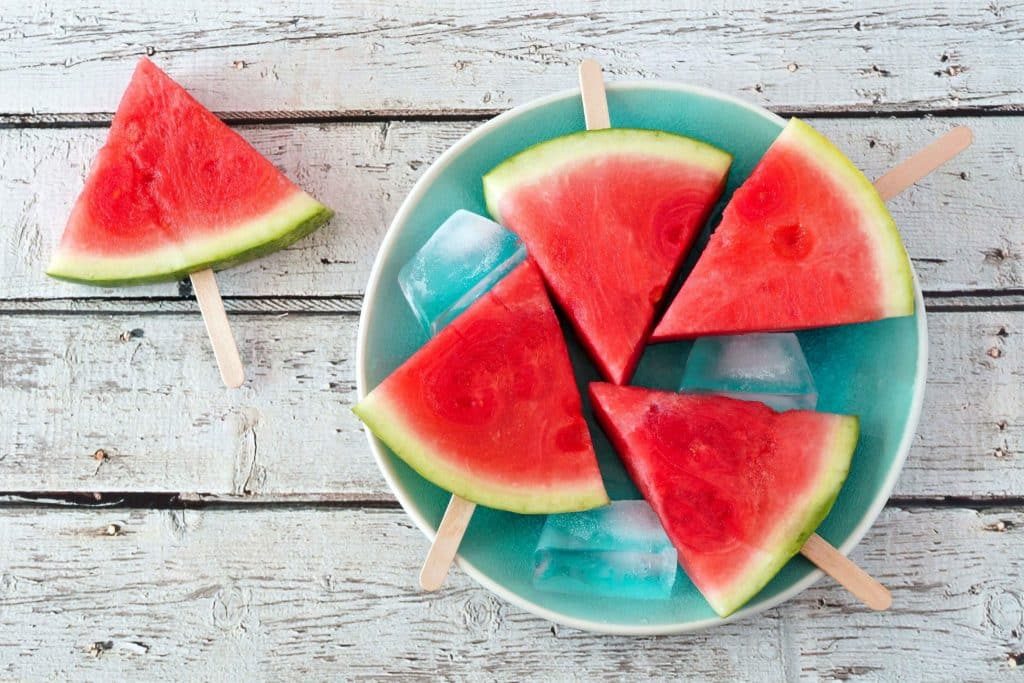 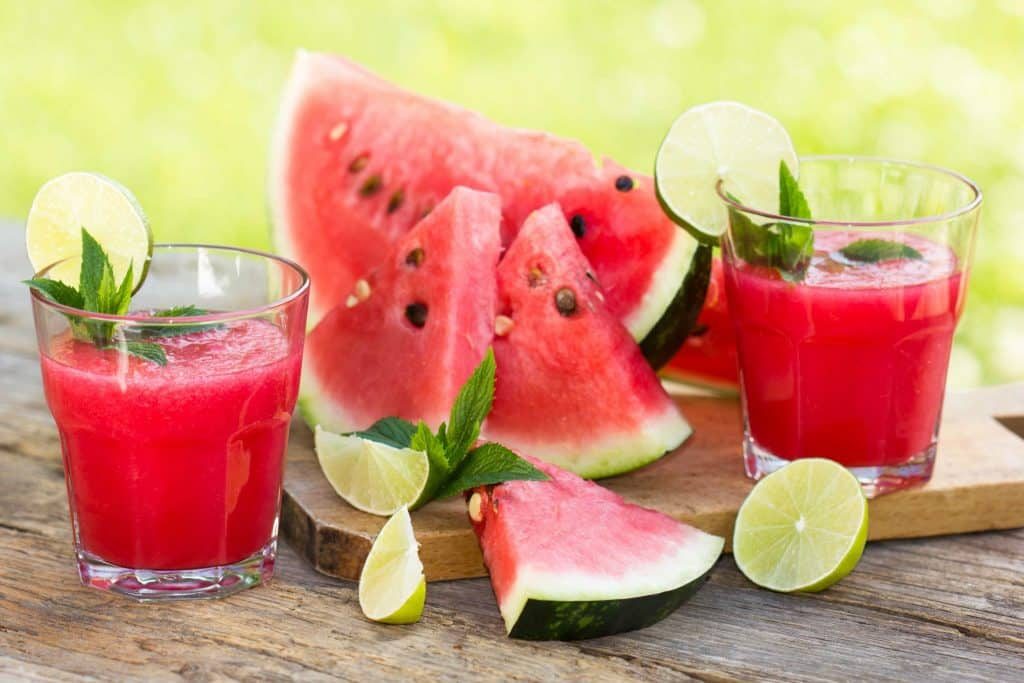 The lycopene in watermelon helps reduce the risk of oxidative damage and inflammation. Lycopene is also found in parts of the eye. Consuming lycopene through watermelon may prevent macular degeneration brought on by age. It may also prevent age-related macular degeneration from worsening. The disease is caused by the thinning of a macula layer of retina, resulting in a gradual decrease in vision. 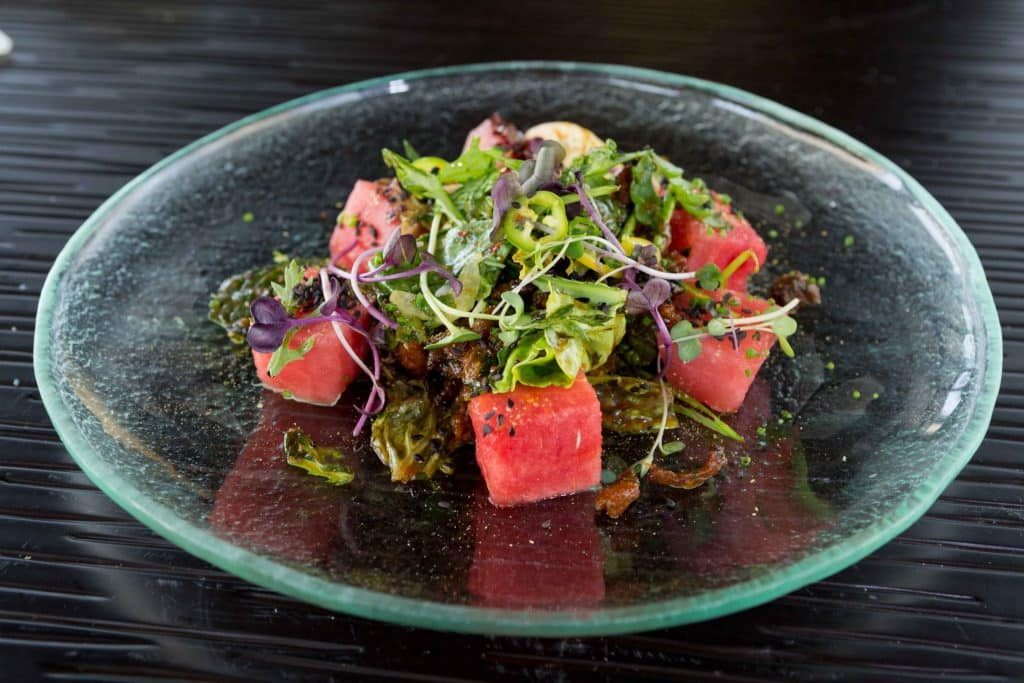 Watermelon consumption can be extremely beneficial when eaten in appropriate daily portions. However, an overconsumption of fruit each day can create problems. Potassium and lycopene are very healthy, but too much can be problematic. Taking in more than 30mg of lycopene in a 24-hour period can bring on nausea, indigestion, bloating, and diarrhea.

Potassium is generally okay for most people, and very beneficial to a certain degree. However, people with too much potassium in their blood, or hyperkalemia, should limit their intake to less than 140mg per day. And, of course, the obvious reason not to overconsume fruit is because of the sugar content. Although the sugar in watermelon is naturally-occurring, it is still not good to consume too much sugar daily. 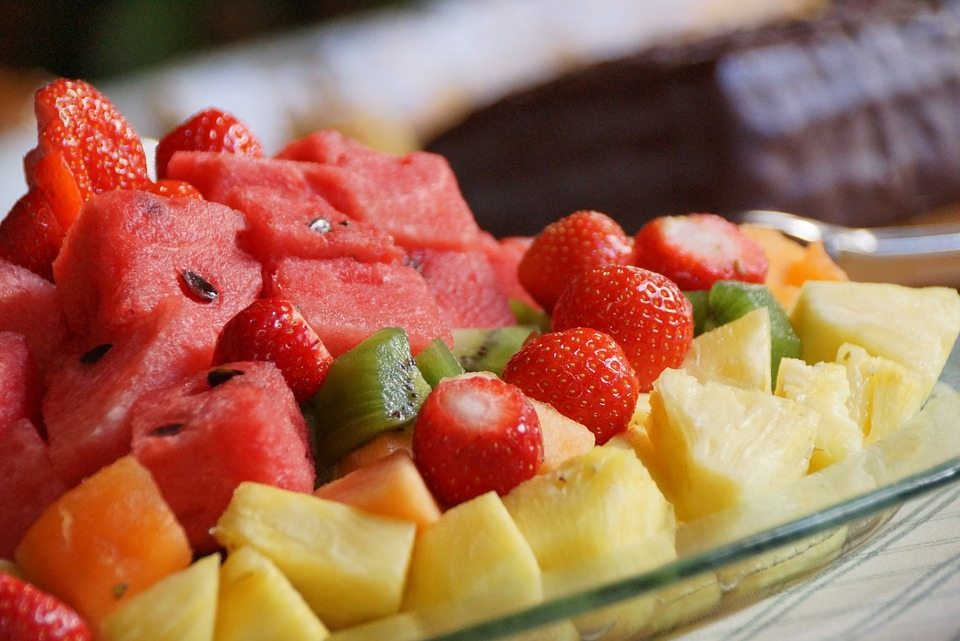 You can go ahead and just chop or slice your watermelon up and enjoy it as it is. But, you can also get creative and try it in these healthy watermelon beverages…

Hydrating Watermelon Smoothie With Raspberry & Cucumber – This low-calorie, low sugar smoothie combines watermelon, raspberry, cucumber, mint and ice for the ultimate hydrating drink. It is ideal for a hot day before or after a workout.

Green Or Pink Watermelon Smoothie – This video blogging family gives you two watermelon recipe options – green or pink. The green one has spinach in it, along with vanilla coconut milk and watermelon. The pink version includes rice milk, vanilla extract and watermelon. The watermelon is frozen beforehand, so it creates that delicious icy, thick smoothie texture.

Watermelon & Dark Fruit Smoothie – It couldn’t get any simpler than this! Simply add watermelon and frozen dark berries together and blend. It’s icy, thick, sweet and refreshing, while being 100% natural. You can buy a frozen dark fruit blend or simply make your own. Try blackberries, blueberries, cherries and raspberries, or whatever is in season.

Creamy Watermelon & Honey Smoothie – This is a pretty ice pink smoothie that is sweet and tasty, while being refreshing and filling. The recipe calls for watermelon, Greek yogurt, banana, honey and chia seeds. Simple but effective, and a great breakfast option.

Watermelon & Peach Smoothie – Watermelon and peach actually work very well together, and create a beautiful coral color. This smoothie is made with 100 natural ingredients and is packed full of vitamins and minerals. It is perfect for a pre or post-workout snack. The recipe includes watermelon, peach, coconut milk, ice and mint.

Watermelon Gelatin Popsicles – This isn’t quite a beverage, but it is like a frozen juice! These popsicles are ideal for hot days, especially after exercise or work. They are gluten-free, grain-free, dairy-free and paleo-friendly. The recipe calls for watermelon, gelatin, coconut milk and either lime, kiwi or green melon for decoration. 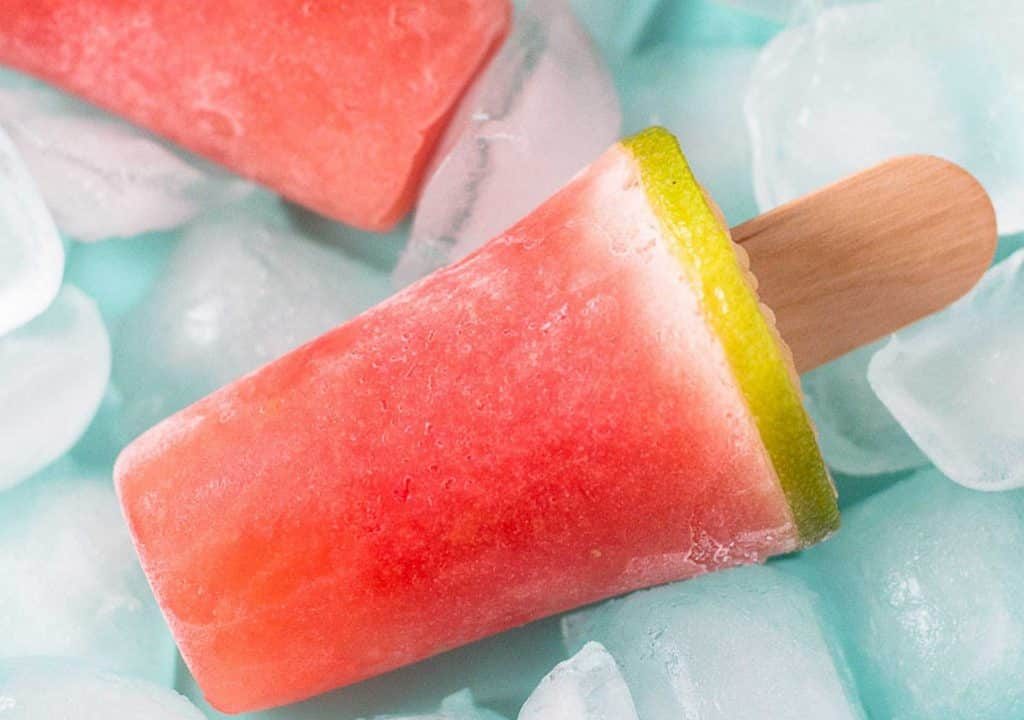 Watermelon is not the first fruit you’d think of when you’re considering healthy options. It really just tastes like sugary water, which is delicious and replenishing, but not necessarily what you’d think would be healthy. So it’s a nice surprise to find out that it is actually very healthy!

Watermelon provides a number of healthy nutrients, including lycopene and vitamin C, and helps the body absorb them. Water is the main component, making it extremely hydrating. At the same time, it is low in calories and low in fat. Watermelon is a great fruit to eat on its own, or add to a smoothie. It’s ideal for a pre or post-workout snack, or as a refreshment on hot days when you might sweat a lot.