According to doctors, we can and should sleep our way to better health and overall life success! Chances are you’ve heard that before. I mean, how many times has someone told you to get a solid eight hours of sleep so you can have more energy and boosted productivity the following day? Still, many people ignore this advice, and it affects more than just your mood. Adequate sleep is key for a healthy lifestyle. It can impact everything from your heart health to the number you see pop up on the scale. While it’s clear there aren’t enough hours in the day to fit in all of our modern day life’s demands, it’s still important to prioritize bed time. Read on to find out the top 11 benefits of sleep — both in quantity and quality. 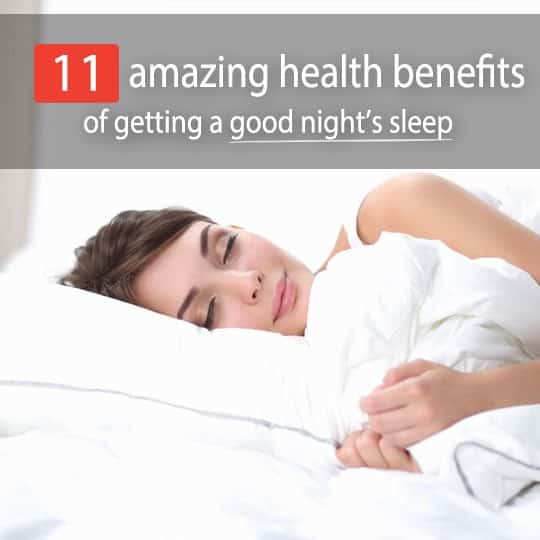 Have you ever pulled an all-nighter preparing for a big school test or work project and then felt like a complete waste the next day? Or perhaps you work the graveyard shift and after a few weeks in you started to feel like the inside of your eyelids had turned into a lightly abrasive sandpaper (I’ve been there). Various researchers have studied the effects of sleep deprivation on the brain and found it does negatively impact cognition in various ways. From concentration to productivity, memory, problem-solving skills, and overall performance, studies show that adequate sleep gives our brain the opportunity to rest, recover, and recharge. One study on medical interns is the perfect example.

Another study compares moderate sleep deprivation to alcohol intoxication. Researchers found that after 17-19 hours without sleep, participants’ performance on certain tests was equivalent to or worse than having a 0.05% Blood Alcohol Content.

Check out more on how sleep affects the brain in this eye-opening TEDTalk video:

Think of your immune system as a sharp shield that protects your body against viruses and various illnesses. When you don’t catch enough zzz’s, though, just like how your mind isn’t as sharp, neither is that shield. Studies show a lack of sleep impacts the body on a cellular level, and it can increase your chances of getting sick. Just take this study for example: For two weeks, a total of 153 healthy men and women, reported their sleep patterns. Then, based on their average sleep length and quality, participants were quarantined, administered nasal drops containing a rhinovirus, and monitored closely. After a few days, researchers found participants who slept less than 7 hours a night and had a poor sleep quality, were more likely to develop a cold than those who slept a quality 8 or more hours a night.

Additionally, if you are suffering from a cold or other illness and don’t get enough sleep, it can prolong your time stuck in bed with a box of tissues and bowl of hot soup. Think back to when you were sick as a little kid. Did your grandparents or parents ever tell you to “sleep it off?” Turns out, they were right! 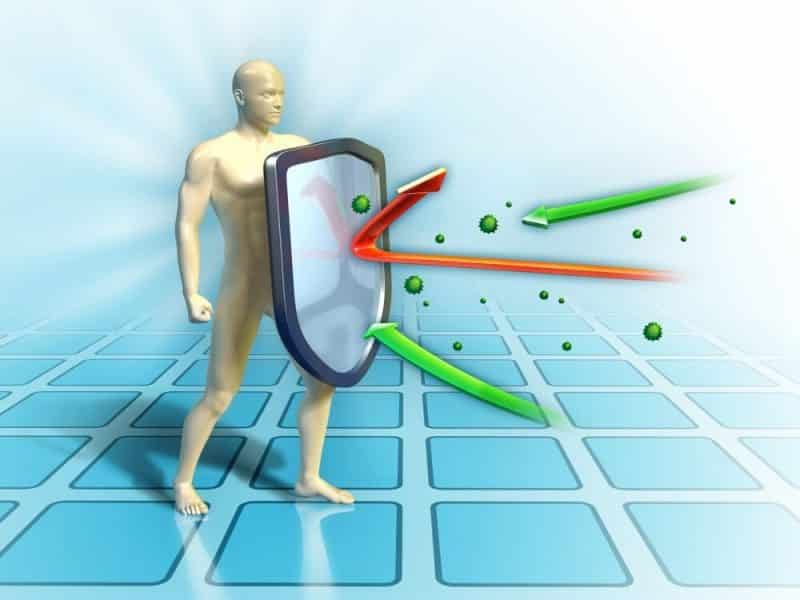 Most of us exercise and eat a well-balanced diet to maintain good heart health. While they are definitely two important factors, did you know that sleep is also an essential component to a healthy heart? Various studies show people who sleep less than six hours a night have a greater chance of developing heart disease. In adults, the risk of heart attack and stroke rises. In adolescents, according to The Sleep Foundation, a lack of sleep has been linked to high cholesterol and high blood pressure.

So how much sleep does your heart need? While there is some debate here, most experts recommend about 7-9 hours for adults and around 10 hours for adolescents.

It doesn’t take long for sleep deprivation to start affecting the body in a big way. In one study, 11 healthy men who were restricted to sleeping just four hours a night for six nights in a row started developing pre-diabetes symptoms. Then, after another six nights where the men were allowed to sleep up to 12 hours a night, those symptoms started to resolve themselves.

This isn’t the only study that showed these type of results. Researchers say, after running tests, it’s clear that sleep affects blood glucose metabolism and it’s subsequent impact on the body.

There’s no doubt that weight is determined by a number of factors, mainly our diet and exercise level. But sleep also plays an important role in the number that pops up on the scale. That’s partly because when someone is fatigued, they are less likely to get their booty to the gym and have the energy for a good workout. But it get’s a bit more complicated than that.

Sleep deprivation also affects our fat hormones in a negative way. You may not even realize it, but your body’s hormones have a major impact on your pant size. For many women, an overload or lack of certain hormones are actually blocking weight loss efforts. One such hormone is leptin, which plays a key role in making the body feel full. Leptin essentially lets the brain know that the body is full and has stored enough fat, so you can stop eating! When you don’t get enough sleep, though, leptin levels drop and you begin to crave those not-so-good-for-you foods. That’s when you put those skinny jeans toward the back of your closet.

Leptin is just one of many fat hormones that sleep has a direct effect on. So if you’re struggling to lose weight, make sure to prioritize sleep and balance out your hormones. 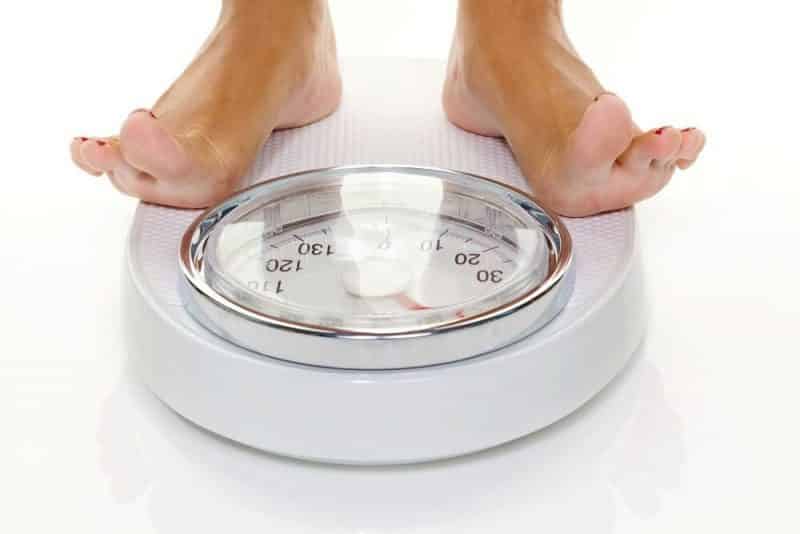 I started to touch on this in the beginning of #5. When someone is tired, they aren’t as likely to get the most out of their exercise. If you make your way to the gym after a restless night, you may not be able to lift as heavy of a weight as you could if you had a great night’s sleep. Or, maybe you won’t push yourself to complete as many reps as you otherwise would have. While this is common sense, it’s also scientifically proven. Researchers have studied everyone from athletic basketball players to walking women and found they both had an increased workout performance when they had an adequate night’s sleep.

So if you want to kill it at the gym tomorrow and start building more muscle, slip into your PJs, strap on that eye mask, and get some sleep.

If you suffer from chronic pain or are dealing with uncomfortable sensations from a recent injury, then make sure to get some rest. Various studies link sleep loss to increased pain sensitivity. In fact, researchers say getting a good night’s sleep can even supplement mild gut-destroying pain medication. 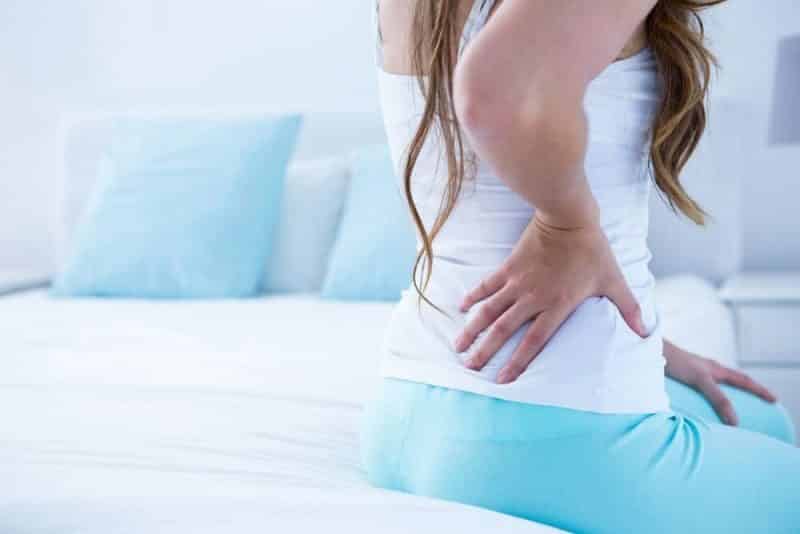 Maybe you’ve noticed that you wake up more cranky when you don’t get enough hours of sleep the night before. It’s okay, it happens to the best of us! But the effects of sleep deprivation go way beyond a small attitude problem. Stress, anxiety, and depression are all enhanced by a lack of sleep. In fact, it has been estimated that 90 percent of patients with depression complain about sleep quality. Additionally, poor sleep has also been linked to increased risk of suicide death. This is not something to be taken lightly. If you are having trouble sleeping and are dealing with symptoms of depression, talk to your doctor.

Poor sleep has been linked to severe inflammation in the digestive tract and all throughout the body. While temporary inflammation from an injury is perfectly normal, if inflammation persists when the body isn’t under threat, there is a potential problem. Inflammation is at the root of almost all diseases. In fact, chronic inflammation has been linked to arthritis, Alzheimer’s, Parkinson’s, cancer, heart disease, diabetes, high blood pressure, high cholesterol levels, and depression. Make sure to get enough sleep to keep inflammation under control. Plus, add some inflammation-fighting foods to your diet (like salmon)!

When you sleep, your entire body gets much-needed rest. It recharges and resets, preparing for the next day ahead. If you don’t give your body this down time, though, it won’t function properly. This includes your vision. People who are chronically fatigued have reported fuzzy eyesight, seeing double, and in extreme cases, people have experienced hallucinations. 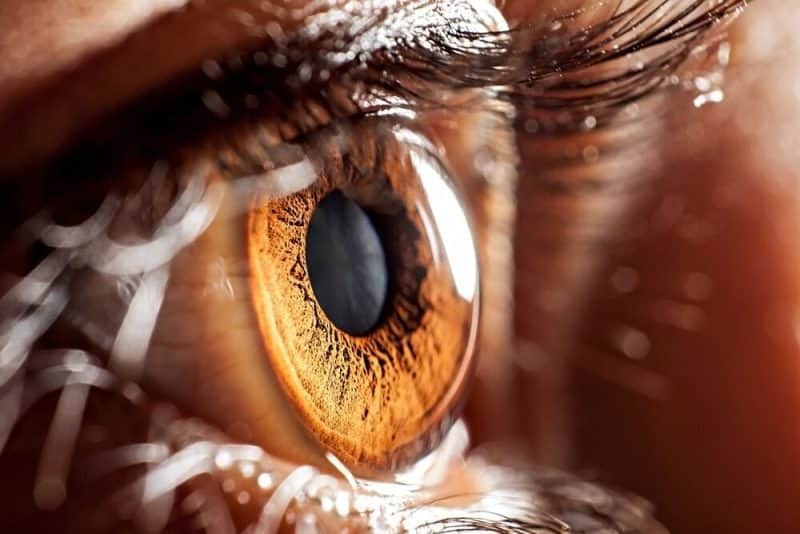 Do you suffer from frequent headaches and throbbing migraines? It may be your sleep habits. Studies show that not getting enough quality sleep can also lead to frequent head pain. According to researchers, this may have something to do with certain proteins that are triggered during REM sleep.

While we have compiled a more detailed list of 11 Evening Wind Down Rituals for a Good Night’s Sleep, here are a few things you can do tonight to make it easier for your body to drift off into dreamland and stay there for a full night (without all that tossing and turning)! 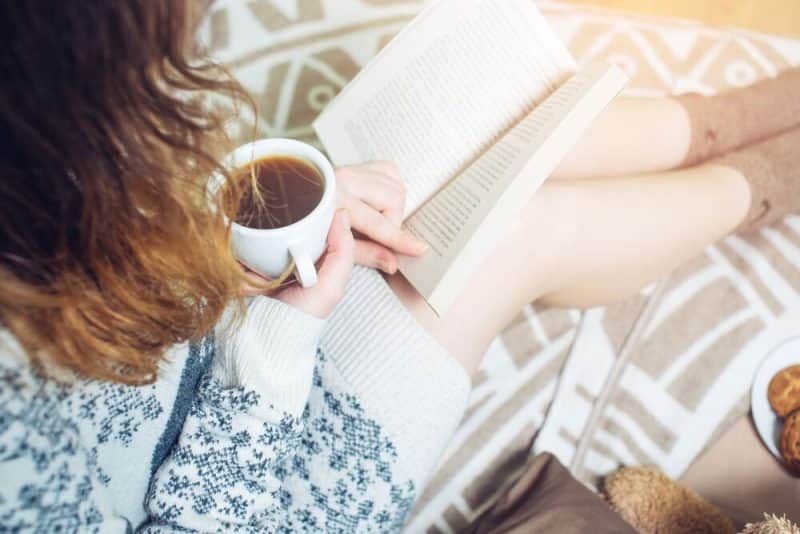 Hundreds of health gurus have come up with thousands of ways to try to get you to lose weight, motivate you to exercise more, and fool the body...

The Top 6 Ways To Increase Sex Drive In Women

Many women today feel like they are pulled in so many directions that they forget how to enjoy themselves or their relationship. They put their work...

11 Morning Rituals That Can Change Your Life

Your morning can be that make-or-break time that sets you up for a good day or a bad day. Here are 11 habits you can establish that will put you on...

When you see the words "fat burning foods," are you a bit skeptical? I mean, it's pretty hard to believe that putting more calories, fats, and carbs...

The Mediterranean Diet: Why It Works and How to Get Started

When you think of going on a diet, you probably start to worry about how hungry and bored you're going to be while following a plan. Yet all the...