Looking for a total body workout that will push your muscles to their limit? If so, it’s time to try a barre class. Barre is a ballet-inspired workout that features elements of yoga and pilates. Over the last few years, barre has become one of the hottest fitness trends, with studios popping up all across the nation. Read on to find out why barre may be a great workout for you! 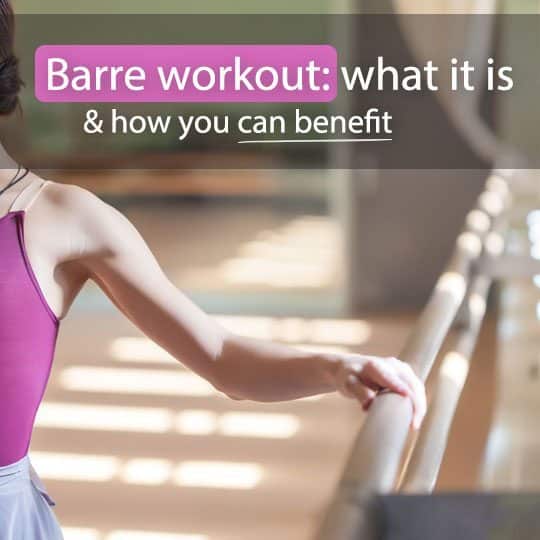 What Is a Barre Workout

When many people first hear about barre workouts, they immediately think of ballet shoes, leotards, stockings, and tight buns. That’s far from the case, though. While barre was originally developed by a ballerina (more on the history in just a minute), you don’t need any dance background or rhythm to join.

During a traditional one-hour class, participants will repeat very small, isometric movements that target a specific area of the body and work muscles to the point of exhaustion. That’s why you’ll often hear barre teachers repeat: “down an inch, up an inch.” While moving your body an inch at a time may not sound all that challenging, it will definitely get your muscles burning… and that’s the point. If your body is shaking then you know you’re doing it right!

What makes barre unique is once a muscle has reached exhaustion, you will immediately stretch it out. This is what helps to create those desired long, lean muscles. Think of a dancer’s body!

While every studio is different, barre classes typically start out with a mat-based warm up that will consist of planks, push-ups, and various arm exercises. You may even work with light free weights or resistance bands. Once you’re warmed up, the class will move to the ballet bar where participants will engage in a series of lower-body exercises. Along with using the ballet bar for balance and support, some teachers like to put a soft exercise ball in between the legs to create a more challenging workout. Get ready to feel the burn in your glutes and thighs. Additionally, during a barre class, you will engage and work your core muscles. You will feel those abs working at the bar and then again during a mat workout toward the end of class. 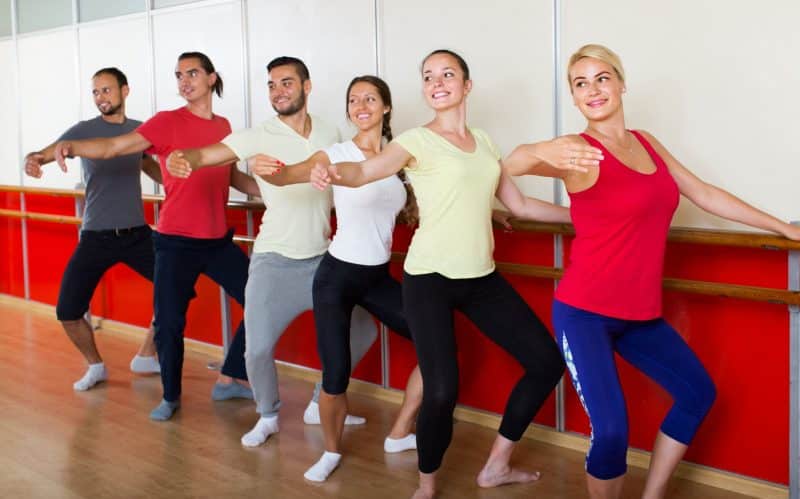 While there’s no doubt that a barre workout is intense, it’s actually considered “low-impact” and easy on the joints. Barre is specifically designed to be extremely effective and very safe for all fitness levels and ages.

The History of Barre

Barre originated in London after a German dancer named Lotte Berk fled from the Nazi’s in the late 1930’s. After she suffered a back injury, Lotte combined her ballet bar routine with her rehabilitative therapy in hopes of increasing strength and flexibility. Through these moves, she formed a new exercise. She opened up The Lotte Berk Studio in her basement back in 1959.

Decades later, in 1971, one of Lotte’s American students, Lydia Bach, brought the workout to the United States. She opened the first Lotte Berk Method studio in New York City. It’s amazing to see how far Lotte’s method has come. Throughout the years, many famous faces have taken classes at the Lotte Berk Method studios in either New York City, the Hamptons, or Beverly Hills. Some famous names include Mary Tyler Moore, Jessica Lange, Julia Roberts, Brooke Shields, Farrah Fawcett, Lori Singer, Christie Brinkley, and many more.

Today, barre workout studios remain a hit among celebrities and the general population. When looking for a barre class, you will notice that there are various chains — i.e. Pure Barre, The Bar Method, Barre3, Figure 4 Barre, and Physique 57. While the fundamentals are the same with any Barre class, there are some slight differences between the various types. So when you’re first getting introduced to barre it’s a good idea to test out different studios and instructors so you find what works best for you!

The Benefits of Barre

1) Target Multiple Muscles at Once

Often times when people visit a gym with the goal of strengthening their body and toning their muscles, they either lift free weights or pump iron attached to a machine. While there are certainly benefits to this type of workout, you typically only work one muscle at a time. In a barre class, however, each exercise targets multiple muscle groups at once. For example, many moves done at the ballet bar will require an engaged core, firm back, tight glutes, and lots of leg movement. You may be holding, pulsing up and down, and stretching all at the same time!

Along with working the major muscles, barre’s small, isometric movements help target the smaller, minor muscles that are often ignored in other fitness plans.

Proponents of this popular workout say one of the most notable benefits of barre is how it changes a person’s body. As I mentioned earlier, during a barre class participants will work both their major and minor muscles to the point of exhaustion. Then, just when you feel like your body can’t be pushed any further, those tired muscles are immediately stretched. This helps to elongate the muscles and reshape the limbs. Over time, the body will become more defined without any unwanted bulk. 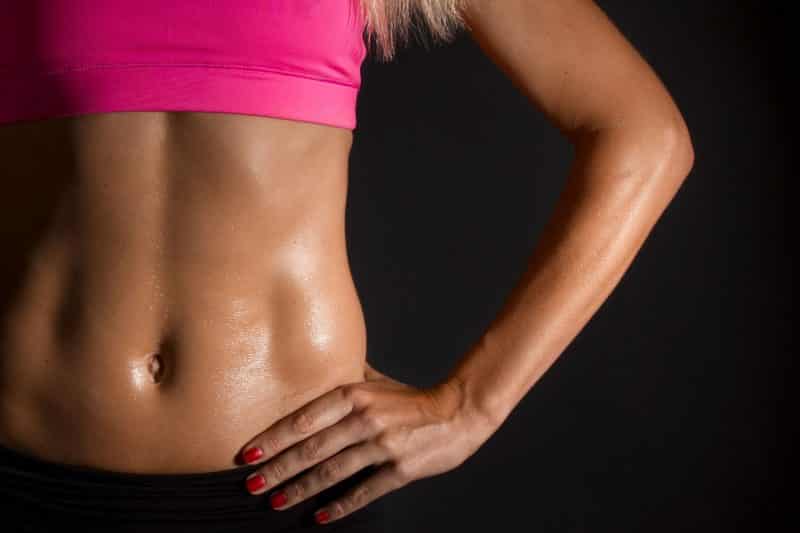 Up an inch, down an inch! Through barre’s tiny, isometric movements, you are constantly contracting and relaxing your muscles. Each rep keeps your muscles engaged, which over time helps to increase endurance and strength. But don’t worry about building too much endurance that you will outgrow the barre workout. Most studios like to switch up class moves so your body should never get bored!

4) You May Lose Weight

While you won’t torch as many calories in a barre class as you would in a Zumba or cardio class, it’s still adding an extra hour of movement to your day, which is great for weight loss. Keep in mind, though, if you’re looking to drop the number on your scale then it’s important to pair your workouts with a healthy diet filled with plenty of fruits, vegetables, and lean proteins. Remember – you can workout as much as you want, but you can never outrun a poor diet! 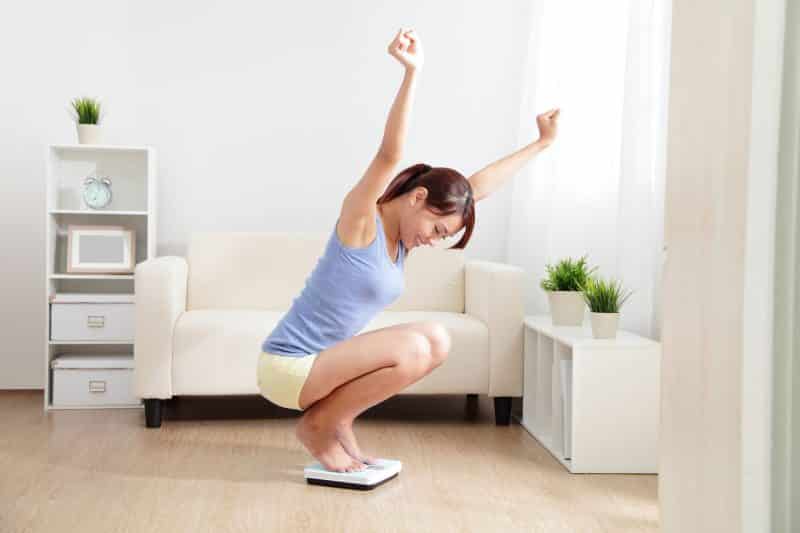 Bad posture can lead to severe neck and back pain, poor circulation, digestive issues, increased risk of disease, and stress. If you find yourself rounding your shoulders and hunching your back often then you may want to give barre workouts a try. In order to achieve proper alignment during class, you’ll need to keep a straight spine and pay close attention to your form. Barre instructors emphasize the importance of proper alignment of the hips, spine, and shoulders more than anything else in a class. So over time, this awareness will carry over into your daily life to help improve posture.

Additionally, as your core strengthens, your posture will naturally improve!

While you don’t need to be a pretzel to join a barre class, the longer you stick with it, the more pretzel-like you will become! Many of the stretches practitioners do at the bar and on the mat target the hamstrings, hip muscles, thighs, back, waist, and arm muscles. By constantly stretching these areas you are elongating the major muscle groups in the body and improving flexibility. 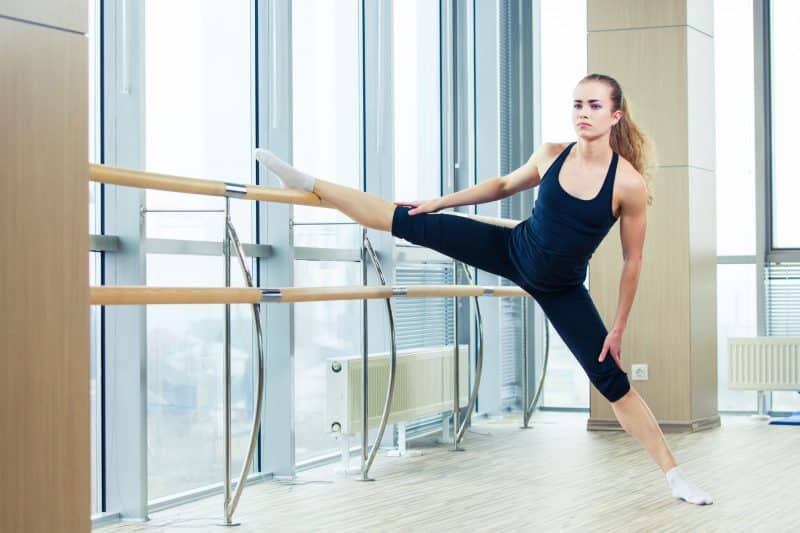 For someone who is used to High-Intensity Interval Training (HIIT), Crossfit, P90X, Zumba, or even running, a barre class may not seem like you’re working hard enough. Don’t get me wrong, a barre workout will leave you in a sweat with tired muscles. But it won’t have you feeling like you can’t breathe. That’s because barre is low-impact. For that reason, it’s easy on the joints and considered a low risk for injury.

Barre classes don’t only challenge you physically, but also mentally. As you practice those small, isometric movements associated with a classic barre class, your mind is forced to focus on each and every muscle that you’re working. Strengthening that neuromuscular connection (mind and body communication) helps to activate underused muscles outside of class.

Working out, in general, will get your endorphins flowing and release happy hormones into your body. So if you’re feeling stressed or need a good confidence boost then a barre class may be just what the doctor ordered!

You don’t need any fancy equipment to take a barre class, but there are some things you should know before showing up for your first session. Check out this quick video by Pure Barr for some tips:

While barre classes are traditionally done in a studio that has a ballet bar and plenty of floor space, you can easily take your practice to your house. All you’ll need is the back of a chair or countertop to replace the ballet bar and a good instructional video. There are plenty of videos on YouTube! If you don’t have a full hour to dedicate to your barre workout, YouTube has some great 30-minute barre workouts that work the full body. You can also find routines that focus on specific parts of the body. So if you’re looking for an online class that focuses more on the core or more on leg muscles then you can easily find one. To get started, check out this great online class:

The Top 6 Ways To Increase Sex Drive In Women

Many women today feel like they are pulled in so many directions that they forget how to enjoy themselves or their relationship. They put their work...

11 Morning Rituals That Can Change Your Life

Your morning can be that make-or-break time that sets you up for a good day or a bad day. Here are 11 habits you can establish that will put you on...