Touted as a natural medicine to cure just about all ailments, Manuka honey certainly has a powerful reputation. But does it live up to the hype? We take a look at the nutritional profile of Manuka honey, and delve into its proven health benefits… 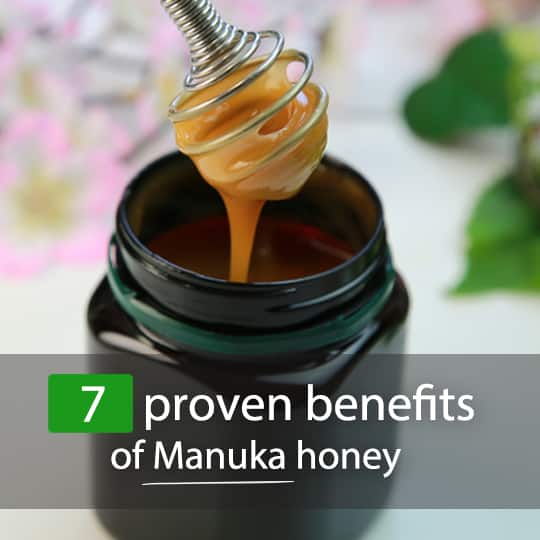 What Is Manuka Honey?

Honey has a particularly complex chemical composition that varies, depending on its botanical source. It has been reported to contain about 200 substances. It has a subtle sweet smell and thick but runny substance. However, because honey is made from the pollen of local plants, the color and nutritional value varies in different areas. It can come in different colors, with Manuka being a medium-dark variety. 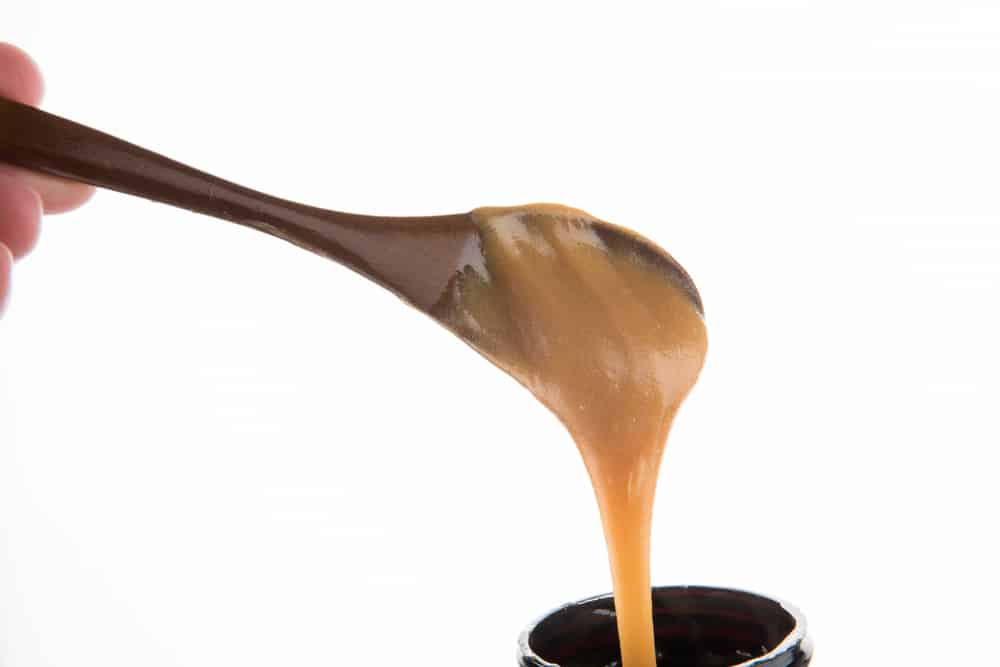 It takes about 60,000 bees, traveling about 55,000 miles and feeding from more than 2 million flowers, to gather enough nectar for one pound of honey. Once gathered, bees store the nectar in their stomachs, where it mixes with ezymes. That is then regurgitated into another bee’s mouth and repeated until the nectar becomes partially digested. The substance is then transferred into a honeycomb at the beehive.

Honey has a long medicinal history, from the ancient Egyptians who used it to dress wounds, to the Greeks and Romans, who used it to heal digestive diseases. 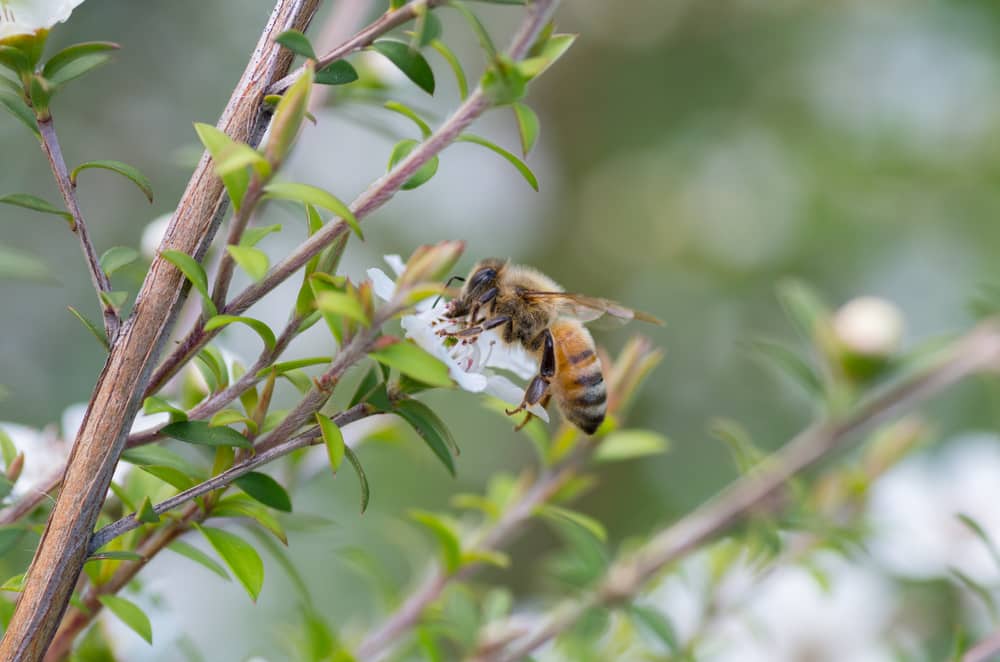 Regular raw honey has long been famous for its incredible nutritional profile and immune boosting powers, and Manuka honey has all that and more. Most raw unfiltered honey has amino acids, B vitamins, calcium, copper, iron, magnesium, manganese, phosphorus, sodium and zinc. Darker varieties of honey, like Manuka, tend to be richer in those nutrients. In fact, Manuka honey can have up to four times the nutritional value of regular flower honeys (particularly the lighter-colored ones, like orange blossom). This is known as the Unique Manuka Factor. 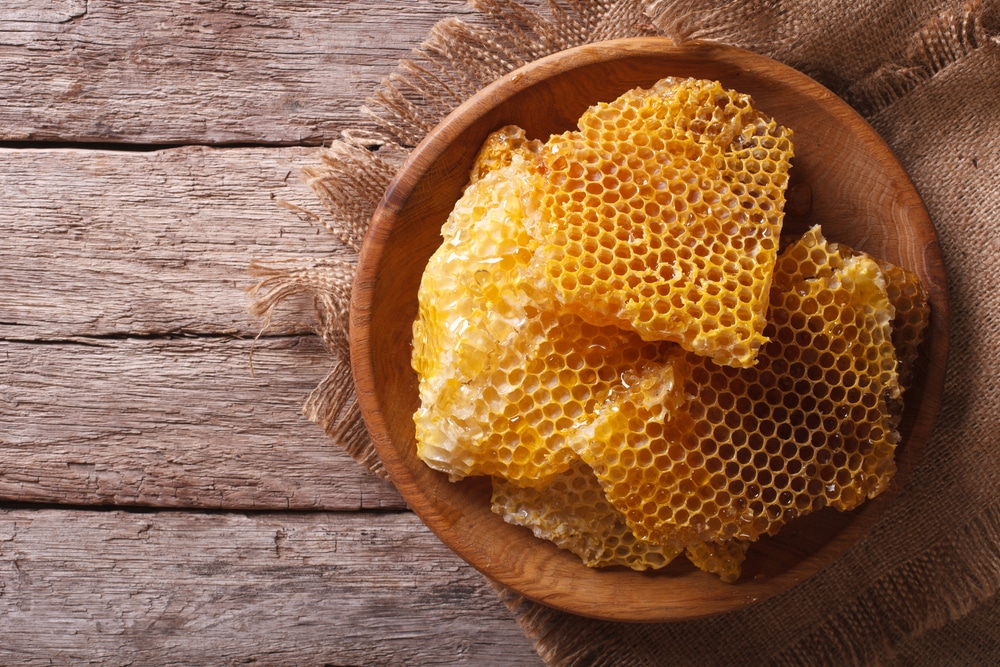 Claims have been made that Manuka honey can cure just about everything, but studies are still relatively limited. Here are some of the proven health benefits of the thick dark honey variety.

In fact, all darker varieties of honey tend to have more antioxidants and antibacterial quality than lighter varieties. Manuka honey is well-known for its dihydroxyacetone content, which is found in high concentrations of Manuka flower nectar, which turns into methylglyoxal. These flowers come from New Zealand, and you can get different grades of Manuka honey, which comes under the Unique Manuka Factor scale. This antibacterial, antibiotic component is actually found in most types of honey, but not in such large quantities as Manuka. However, not all Manuka honey contains these significant antibacterial levels. To be considered potent enough to have an impact, the honey needs to have a rating of 10 UMF or more. When marketed at that level or above, it is considered ‘active’. 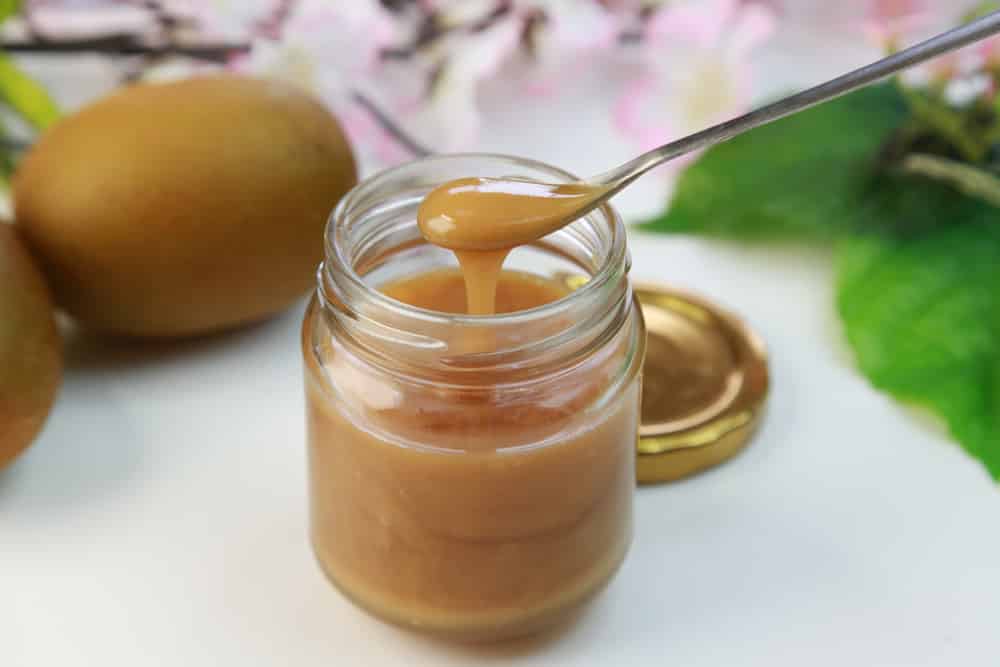 The use of honey for soothing a sore throat has been around for centuries, but is it just an old wives’ tale? Well, no, according to several studies. Mainstream cough medicines have been found to have certain side effects, and in some cases, they’ve been ineffective. Some studies have concluded that honey is a more beneficial treatment for improving sleep for children with coughs. So far, these studies have looked at honey in general, which includes Manuka, but is not limited to Manuka. So far, no studies have compared different honeys to find out which may be the most beneficial. However, one study found that honey was a better alternative to two common cough medicines for children. And another found that it reduced cough symptoms and aided sleep even more than pharmaceutical cough treatment. However, honey should never be used as a cough treatment in infants under one year, because there is a risk of botulism, which is a rare but potentially fatal illness caused by a toxin, produced by bacterium. 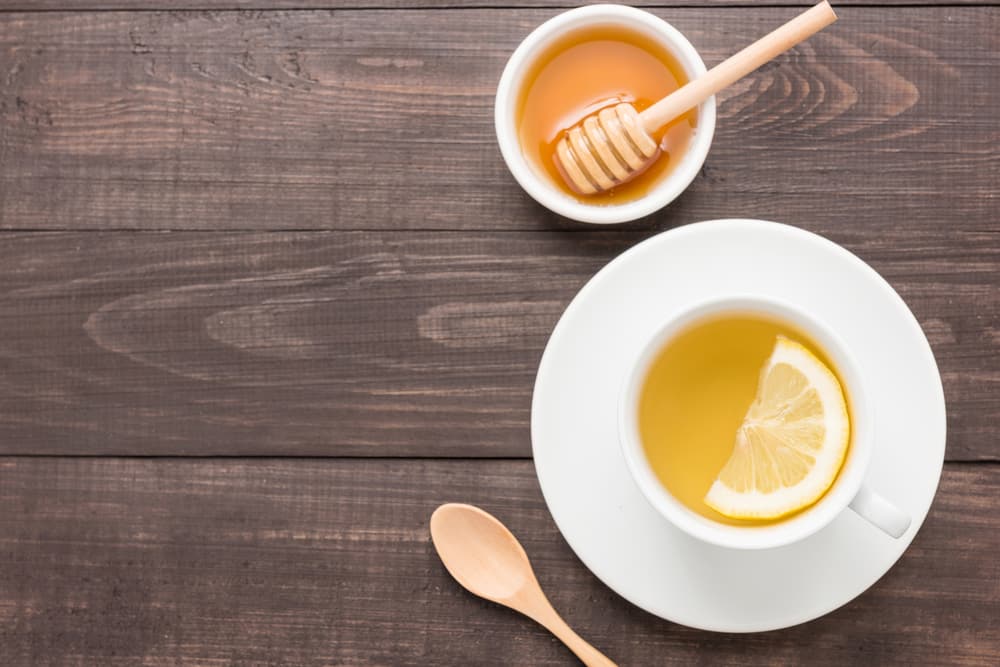 Manuka honey is probably most famous for its topical use in the treatment of wounds, burns and skin ulcers. It is known as Medihoney, and has been approved by the FDA since 2007. Manuka honey works by stimulating healing because of its pH content, which leans towards acidic. It helps the healing process while soothing the wound. 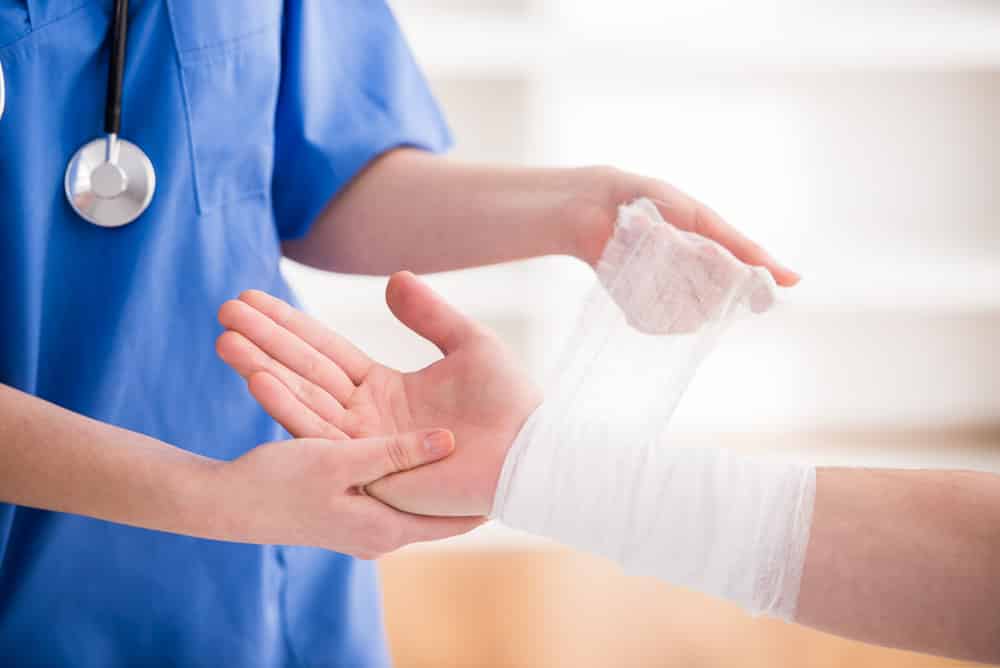 4. Manuka Honey May Have Anti-Inflammatory Abilities

Potent Manuka honey has been found to have anti-inflammatory properties. It reduces inflammation and pain when topically applied to a wound. And in 2010, the National Cancer Institute’s scientific steering committee approved a proposal for the use of Manuka honey to reduce inflammation of the esophagus in chemotherapy patients. 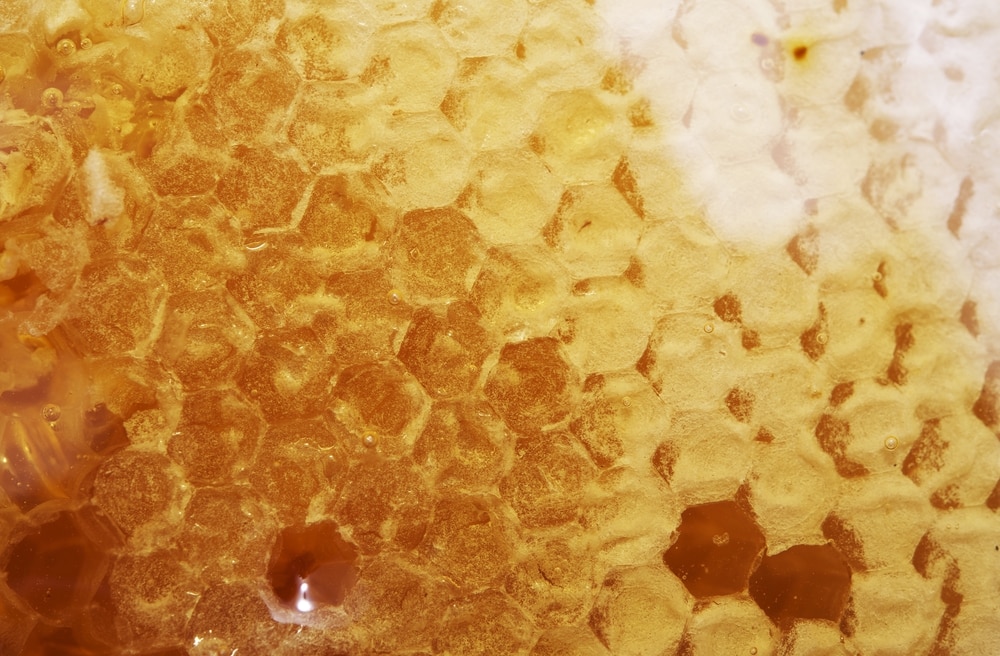 5. Manuka Honey May Be Effective In Preventing Gingivitis

Preliminary and pilot studies have concluded that Manuka honey may be a potential therapeutic treatment for gingivitis and periodontal diseases. The reason for its use in fighting the inflammation is its ability to reduce the buildup of plaque. Manuka honey has powerful antimicrobial properties, and researchers found that chewing or sucking a Manuka honey product decreased plaque by 35% and led to a 35% reduction in bleeding caused by gingivitis. 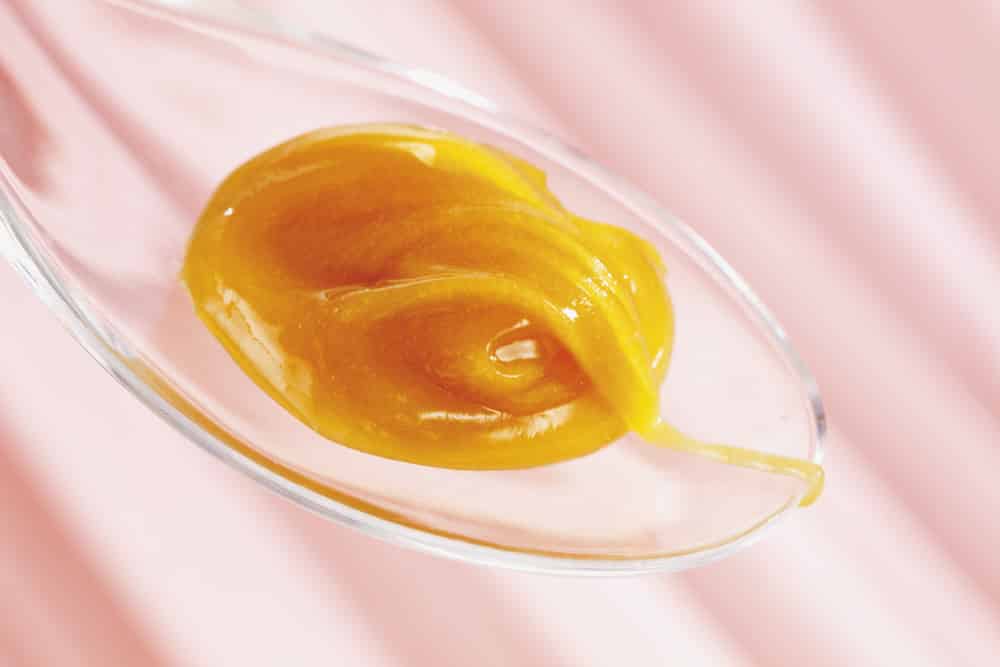 We all know by now how dangerous too much sugar can be. The refined stuff is some of the worst, and when you eat a lot of refined carbohydrates as well, like refined white flour, that turns into sugar in the body also. There are a lot of natural sugar substitutes, which are, of course, healthier than refined sugar. However, they still contain glucose or other sugars and can still be harmful if over-consumed. Honey may be slightly less harmful than refined sugar, but it still has a high sugar content – half of which is fructose – and should be consumed in moderation. Manuka honey, in particular, has plenty of vitamins minerals and an abundance of antioxidants, making it much more beneficial than sugar, but when added as a sweetener, it should still be used sparingly to minimize ‘sugar’ intake. 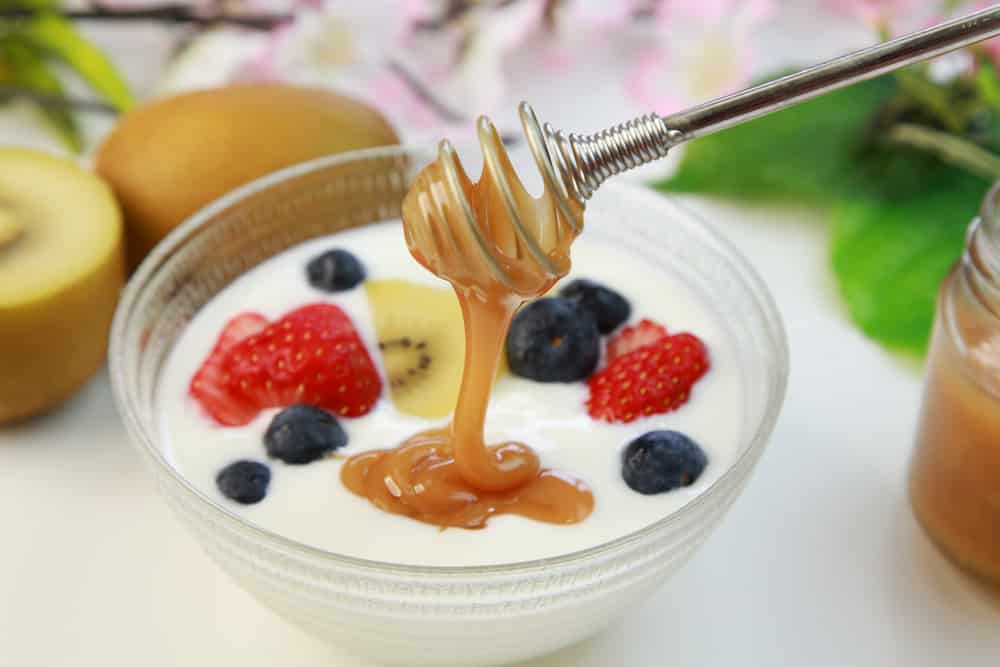 High levels of LDL (bad) cholesterol increase the risk of heart disease and stroke. According to several studies, honey can actually improve cholesterol levels. It reduces total and LDL cholesterol while raising HDL (good) cholesterol. One study looked at honey compared to table sugar in 55 diabetic patients. Researchers found that LDL cholesterol was reduced by 5.8% and HDL was increased by 3.3% when consuming the honey instead of sugar. As a result, the participants eating honey also lost 1.3% more weight than those consuming sugar. Having said all that, however, the science on honey and diabetes is somewhat mixed. Some studies have actually found honey can increase blood sugar levels, although, not as much as refined sugar. 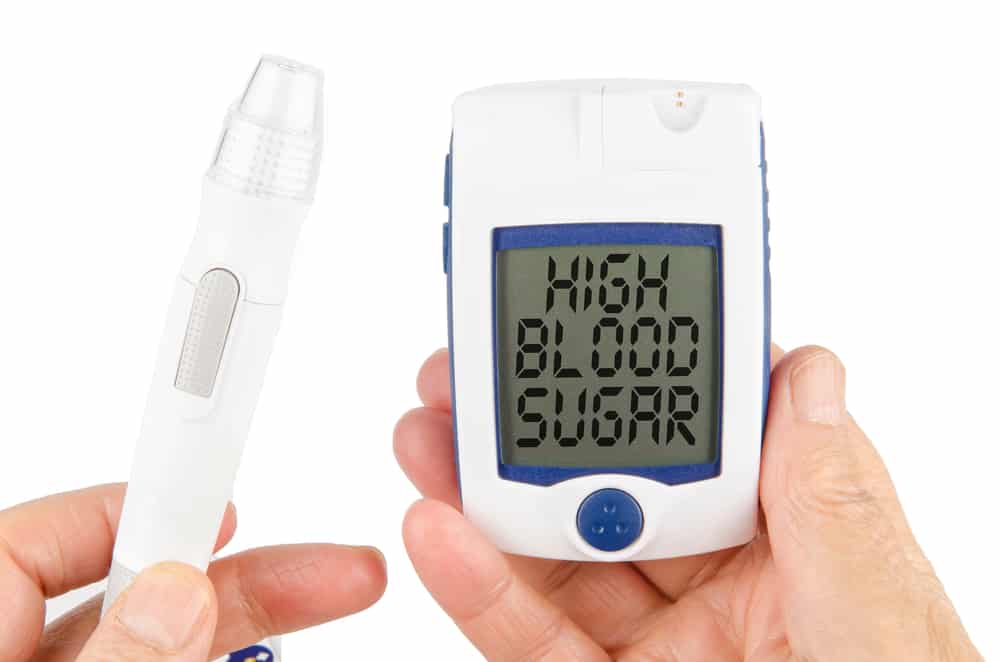 How To Use Manuka Honey

So, now that we’ve looked at some specific benefits of Manuka honey, how do you use it? Well, that really depends on what you are using it for…

If you are eating Manuka honey, it is better to consume it raw, rather than cook with it. That’s because it is an ‘active’ ingredient, and the nutrients and healing qualities it possesses can be reduced if cooked. You can drizzle some on porridge or yogurt and fruit, or add it to a breakfast smoothie. However, if you are using honey as a sugar substitute in baking, go for a different dark variety, because Manuka is quite expensive, so you should keep it to use as a raw option.

A raw ingredient example is healthy icing. If you make a natural banana muffin with oats, honey, nuts and chia seeds, you can then use the more expensive Manuka honey as a sweetener in the icing. Try cacao powder, Manuka honey, vanilla extract and macadamia, hazelnut or almond butter for a nutty, chocolatey frosting. You can also use it as your sweetener in raw protein balls, energy bites or raw vegan ‘cheese’cake. 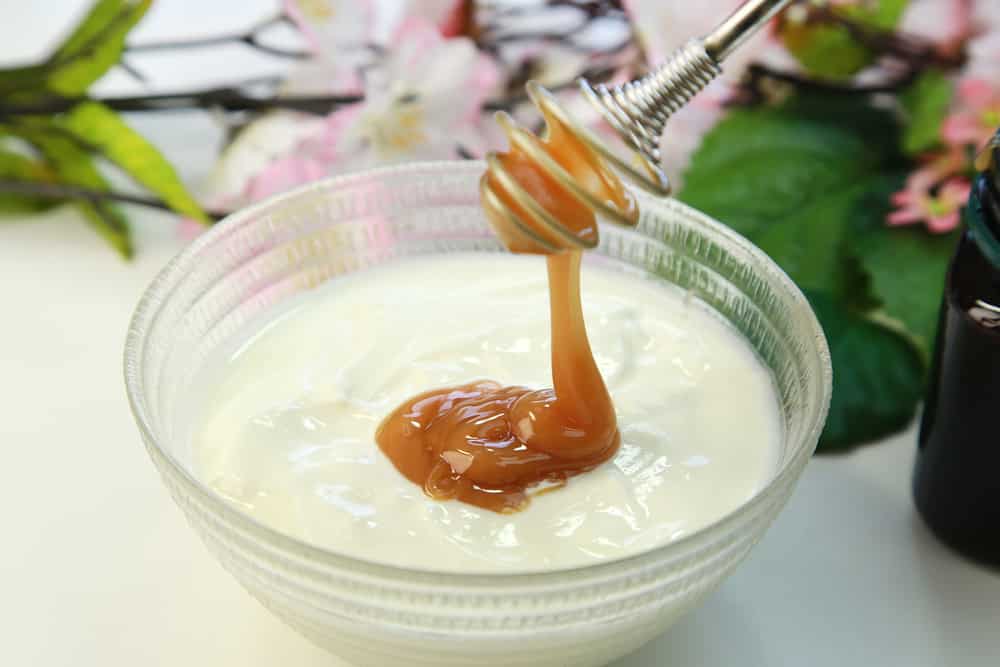 The most well-known medicinal use of Manuka honey is in topical form, applied to wounds, burns and skin ulcers. Being a natural treatment, there are fewer risks of side effects and allergic reactions when applied topically. It also has a soothing sensation rather than a burning sensation, like some topical creams.

Honey is high in sugar content, half of which is fructose. Like many natural sugar substitutes (agave nectar and maple syrup, for example), honey should not be consumed in large amounts because of the amount of sugar in it. It has more health benefits than refined sugar, and is therefore a better sweetener option, but it should be used sparingly. Western diets include far too much sugar, calories and low-fiber carbohydrates. Sugar, in particular, needs to be cut down on, whether you’re getting it from refined sugar, or a substitute like honey.