These little fruits are bursting with intense sweet, juicy flavors and colors, and are favored for their taste. Not all cherries are actually sweet though, with a sour variety popular for baking into desserts. But there is a lot more to both sweet and tart cherries, than their taste and use as a dessert ingredient. They have some powerful and unusual nutrients that come with a range of impressive health benefits… 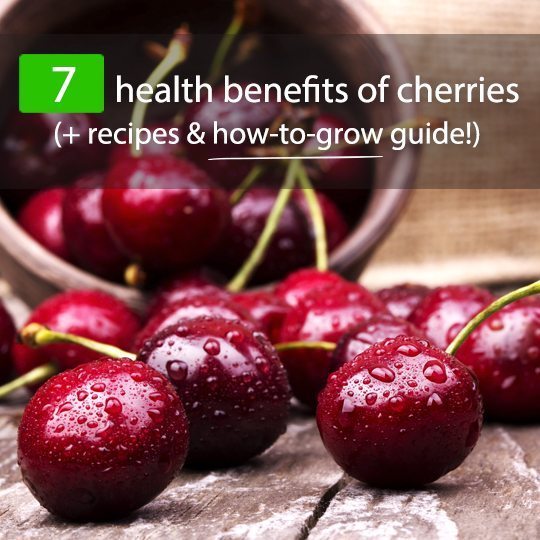 Cherries are small tree fruits that have an intensely sweet flavor and vary in color, from light red through to deep purple. They are members of the same fruit family as plums, peaches, apricots, and, funnily enough, almonds. Cherries tend to be regarded as a dessert fruit, favored for their use in pies, crumbles and Black Forest cakes. However, despite the amount of fructose in cherries, they can actually be very healthy, and we’ll get to that soon! There are two main cherry varieties – sweet and tart, or sour. Most people would be familiar with the more popular sweet varieties, such as Bing. They are best enjoyed fresh, raw and unaccompanied, while tart cherries are popular for baking into desserts.

Cherries are believed to have originated in Asia, where it is likely birds then carried them to Europe. They have been eaten for centuries, and were popular in ancient Rome, Greece and China. During the late 1600s, English colonists brought the sweet fruit to the US, and today, they are grown in the northwest of the country and in Michigan. Cherry trees start producing fruit from the age of about five years, but don’t reach full maturity for 10 to 15 years. By that stage, they can produce more than 100 pounds of fruit each season. Cherries have a short peak season in the US of about two to three months, and are grown in both the northern hemisphere and southern hemisphere. The US produces around 370 million pounds of cherries each year between May and July. In Australia, it lasts a little longer, starting around October or November and winding down in February. Chile produces about 80% of the southern hemisphere’s cherries, while Australia produces about 10%, with Turkey and the US being the largest producers on a global scale. 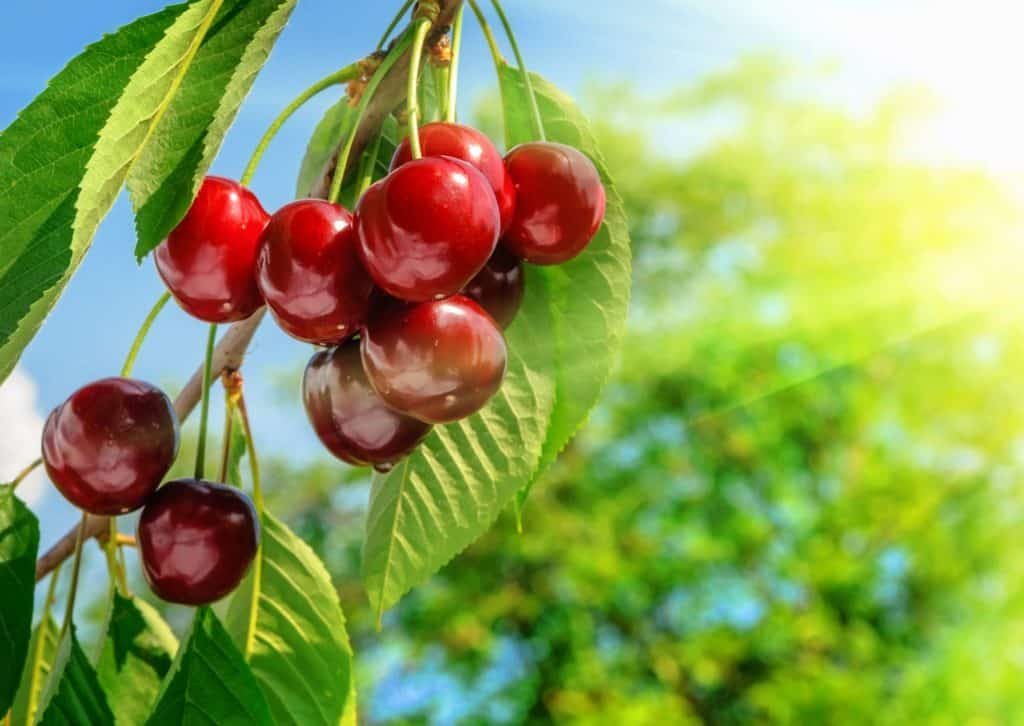 So, as you can see, sour cherries offer far more nutritional value than sweet cherries, with much more nutrient-dense vitamins and less sugar. However, they are definitely not as enjoyable to eat raw, on their own! Tart cherry juice is a good option though, if you want to reap the health benefits of sour cherries. We’ll look closer at that further down the article…

Besides bursting with sweet and sour flavors, cherries also have a number of impressive health benefits…

1. Cherries Are Rich In Protective Antioxidants

Both sweet and tart cherries contain powerful antioxidants, such as anthocyanins and catechins, which help reduce inflammation and the risk of disease. Sweet cherries also contain small amounts of quercetin, which is a flavonol type of flavonoid known for its potent antioxidant activity. The benefits of tart cherries have been studied more than sweet cherries, however, one study found that people consuming 280 grams of Bing cherries a day for one month had decreased CRP (inflammation) levels, and that continued for 28 days after they stopped eating cherries. 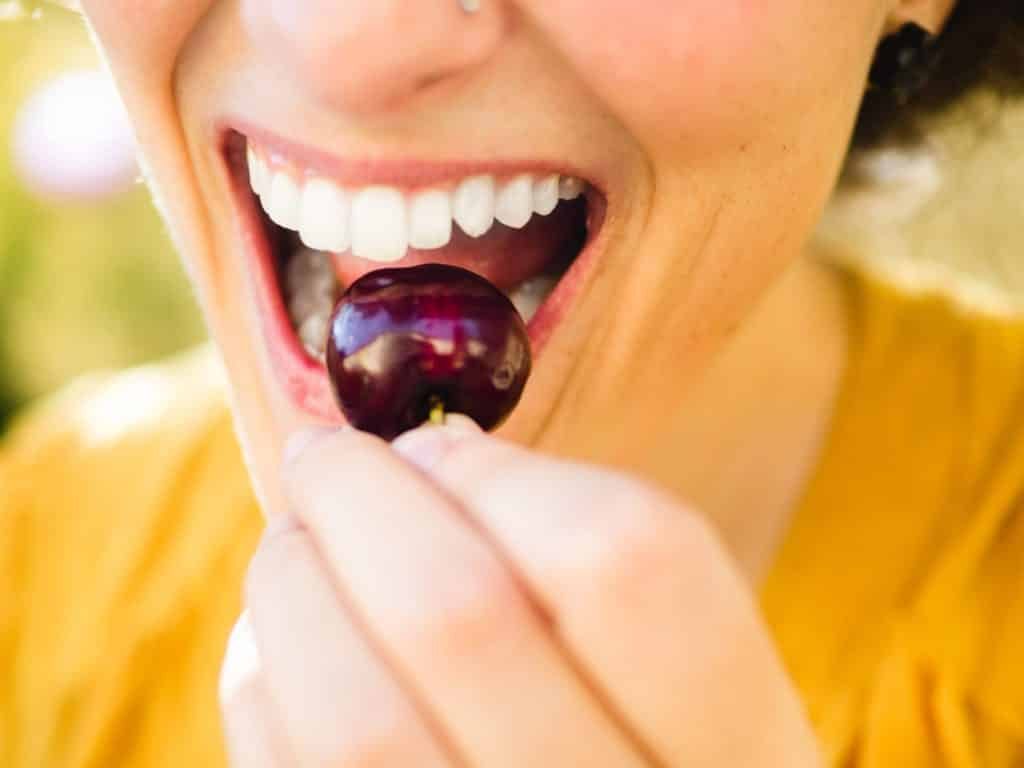 Cherries are high in vitamins A and C, as well as fiber. Studies have shown that consuming vitamin C consistently can help reduce uric acid levels by up to 50%, and control inflammation of joints suffering from gout. The study mentioned in the previous section looked at the effects consuming sweet cherries had on plasma lipids and markers of inflammation in healthy men and women. The subjects supplemented their diets with Bing sweet cherries for 28 days, and, after a 12-hour fast, researchers took blood samples before the start of cherry consumption, 14 days into it, 28 days into it, and 28 days after the discontinuation of cherry consumption. Researchers concluded that CRP levels, which measure inflammation in the body, were decreased by the consumption of cherries, which may be beneficial in the management and prevention of inflammatory diseases. A 2012 study of 633 people with gout found that those who ate half-a-cup of cherries per day (about 10 to 12 cherries), or consumed cherry extract, lowered their risk of a subsequent case of gout by 35%. Participants in the study who ate even more cherries (up to three servings in two days) lowered their risk by 50%. 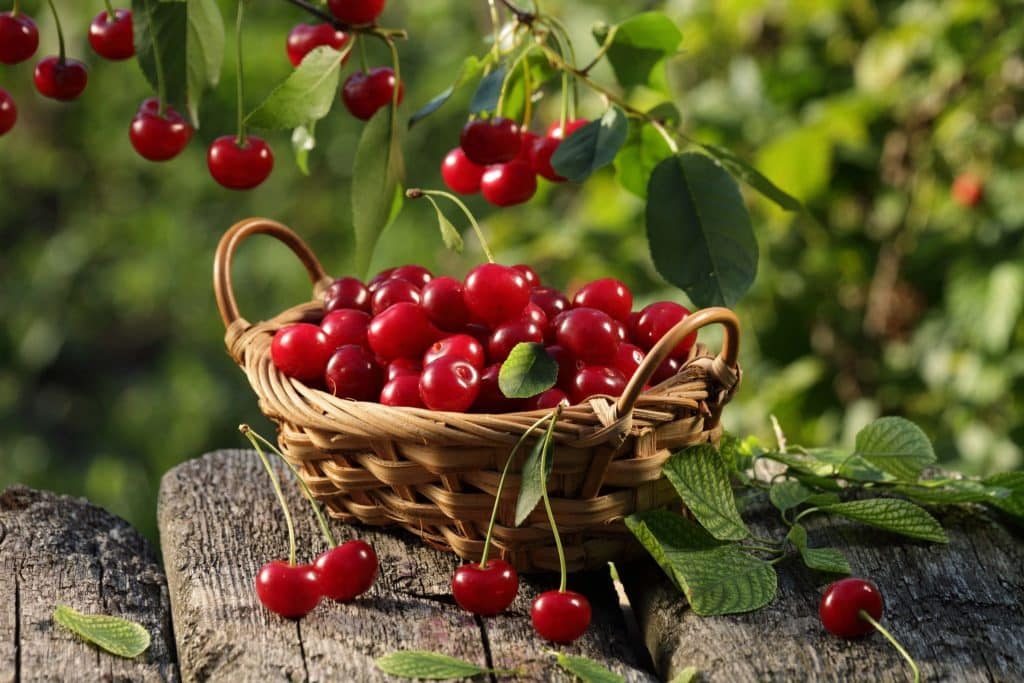 Among the impressive nutrients that cherries possess, including vitamins, minerals and fiber, they have something called melatonin, which is a powerful antioxidant and free radical scavenger hormone that signals the brain when it is time to sleep. It helps relieve excess inflammation and associated oxidative stress. Scientists believe, therefore, that consuming melatonin may help treat sleep disorders like insomnia, playing a major role in the regulation of the sleep-wake cycle. A study that tested a randomized, double-blind, placebo-controlled group compared the consumption of tart cherry juice concentrate and a placebo for one week. Researchers measured sleep quality through actigraphy, along with subjective sleep questionnaires. They found that consumption of the cherry juice provided an increase in exogenous melatonin, which improved sleep duration and quality in healthy participants. 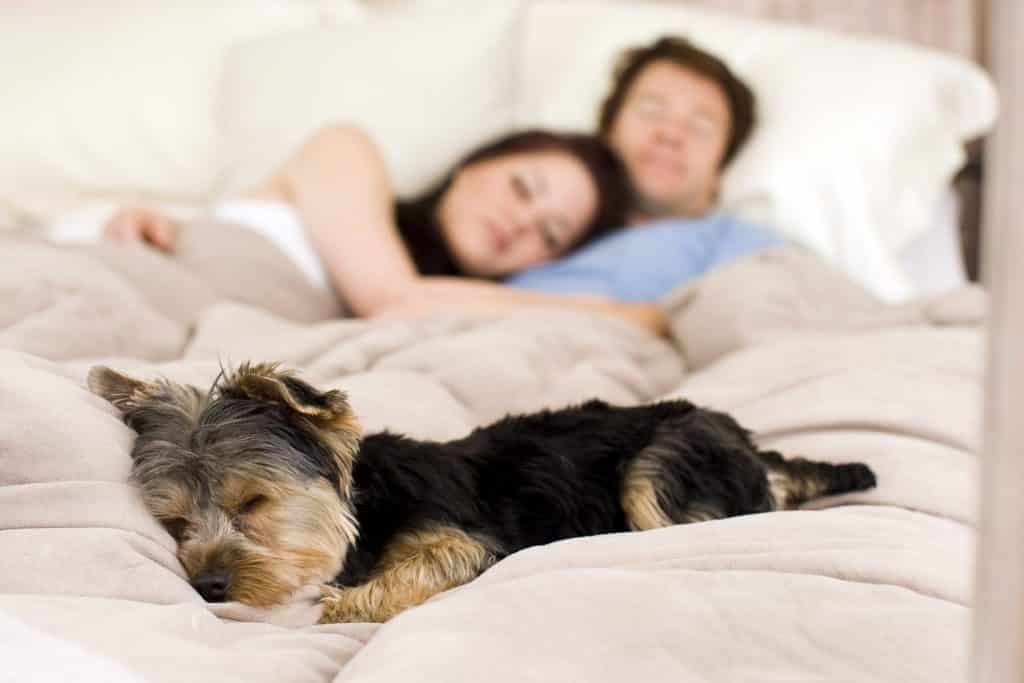 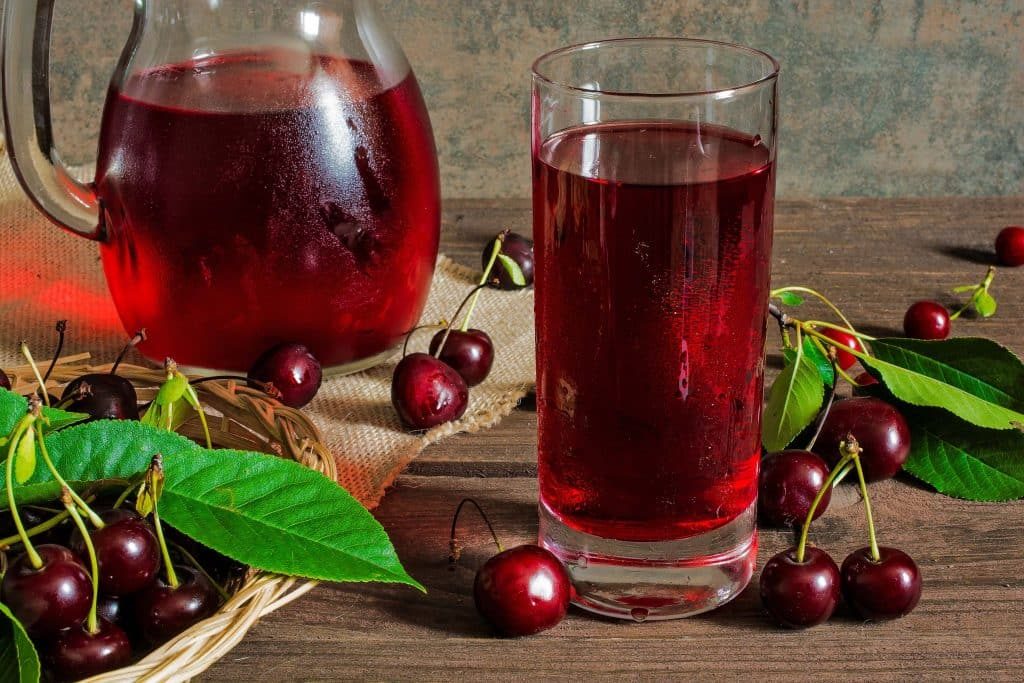 We’ve already looked in-depth at the significant antioxidant and anti-inflammatory properties of cherries, especially tart cherries, and they may work in the same way for post-exercise muscle pain as it does for arthritis and gout. In fact, studies suggest tart cherries might be more effective in relieving muscle pain and reducing inflammation than aspirin. One study used a randomized, double-blind, placebo-controlled trial of 54 healthy long-distance runners. Both groups reported increased pain after the race as per usual; however, the group drinking cherry juice reported a significantly smaller increase in pain compared to the placebo group. Researchers concluded that drinking tart cherry juice for one week before a strenuous running race could minimize post-exercise muscle pain. 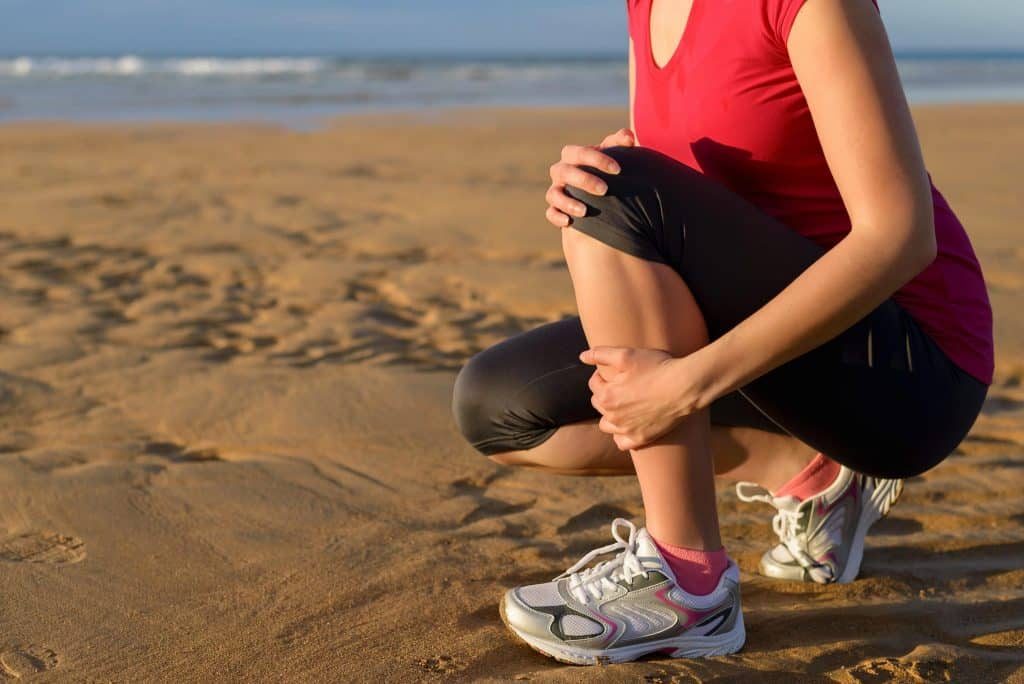 6. Cherries May Be A Natural Remedy For Menstrual Pain 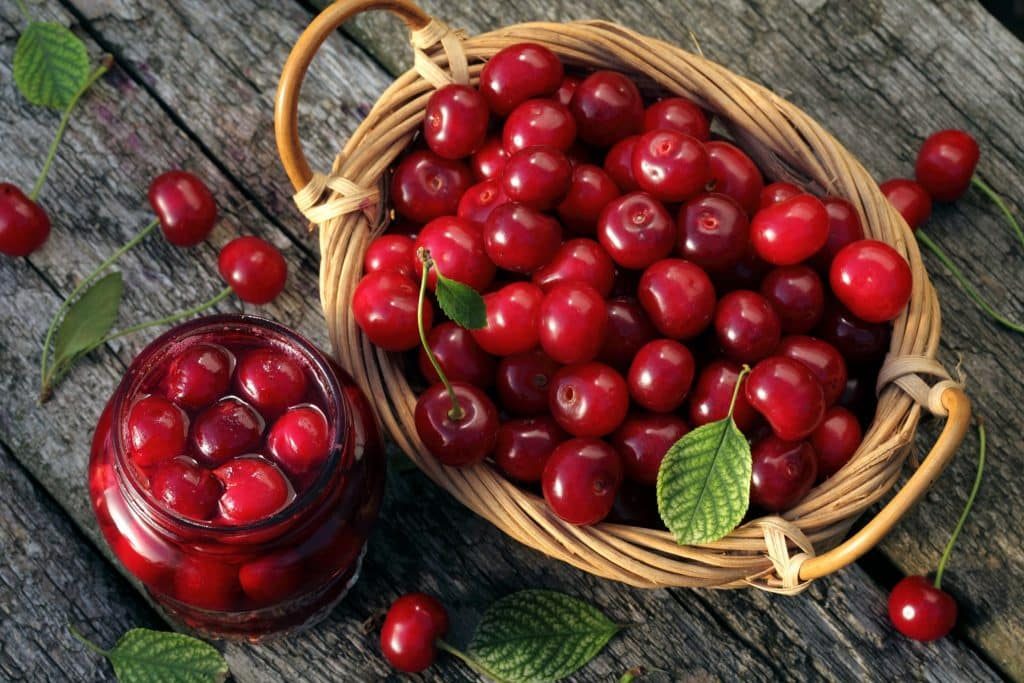 7. Cherries May Lower The Risk Of Stroke

According to an animal study from the University of Michigan, tart cherries may reduce the risk of stroke. Researchers from the university’s Cardioprotection Research Laboratory were studying a class of drugs called PPAR agonists, which help regulate fat and glucose. They were considered ‘promising’ by doctors who prescribed patients with metabolic syndrome – a collection of risk factors linked to heart disease and type 2 diabetes. However, studies have shown that long-term use of these drugs can increase the risk of stroke. They found that tart cherries not only provide similar cardiovascular benefits as the prescribed medications, but may also reduce the risk of stroke, even when taken with medication. 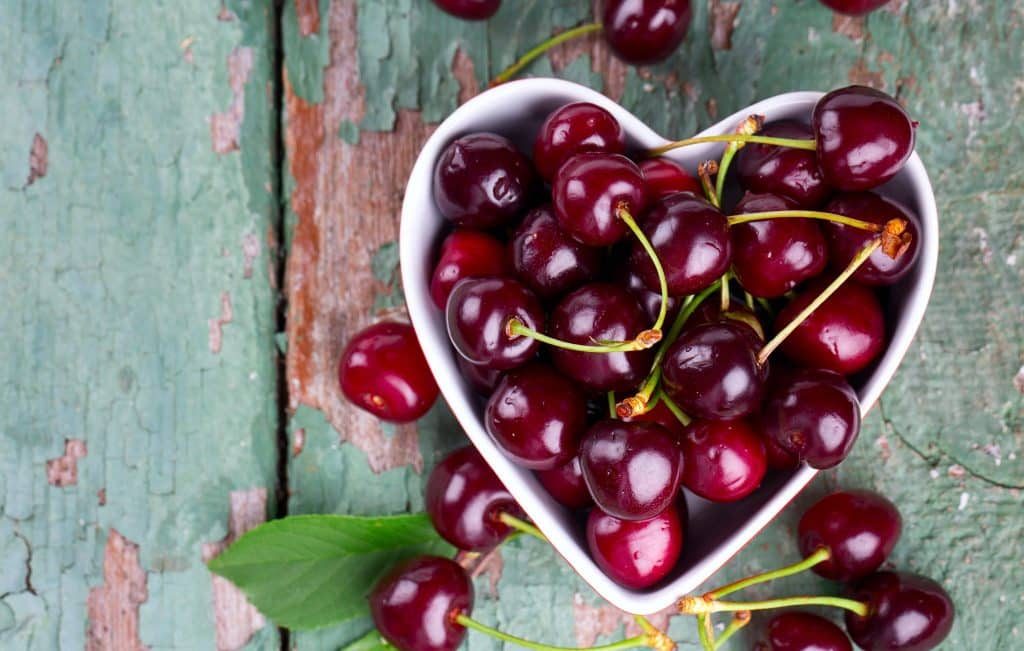 How To Grow Cherries 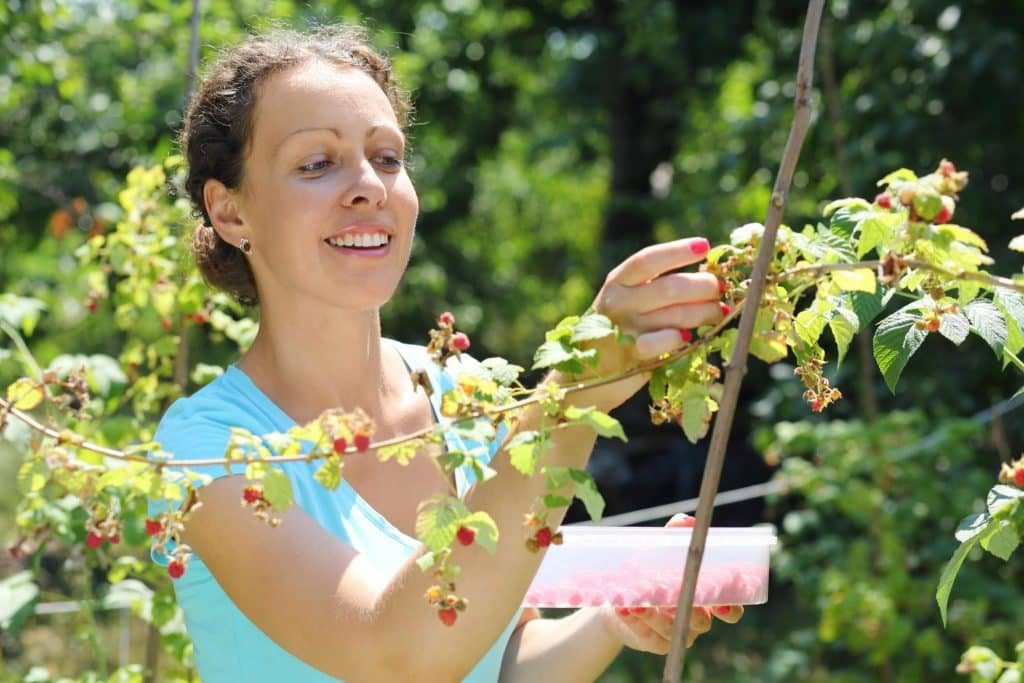 Sweet and tart cherry trees are cared for in the exact same way. Mulch can be used to retain moisture around the trees and netting should be draped over them to protect the fruit from birds. Keep the area moist by watering dry areas. Prune the trees each year in late winter to encourage new fruiting wood growth, but don’t prune in the fall. Fertilize your trees each spring until they start to bear and then don’t fertilize again until after the harvesting season. For more information, check out this guide.

Goji Schizandra Green Smoothie – Breakfast smoothies are one of the best ways to start your day, as long as you use the right ingredients! The great thing about them is you can take nutrient-dense vegetables, fiber-rich seeds and grains, vitamin-rich fruits, antioxidant-rich powders, and protein-rich nuts, add them all together and enjoy in one quick-to-make, easy meal. This recipe calls for frozen banana, frozen sweet cherries, frozen sour cherries (you can pit your own and freeze them), coconut water, almond milk, brazil nuts, chia seeds, raw cacao powder, spirulina powder, goji and schizandra extract drops and reishi extract drops.

Coffee Oatmeal Porridge With Cherries – This nutrient-dense powerhouse of fiber, vitamins, minerals and protein is filling, delicious and will get you moving in the morning! The recipe calls for rolled oats, coffee, milk (you can use cow’s milk, nut milk, coconut milk or soy milk), honey or agave nectar, coconut, chia seeds, sunflower seeds, cherries, blueberries and dark chocolate. 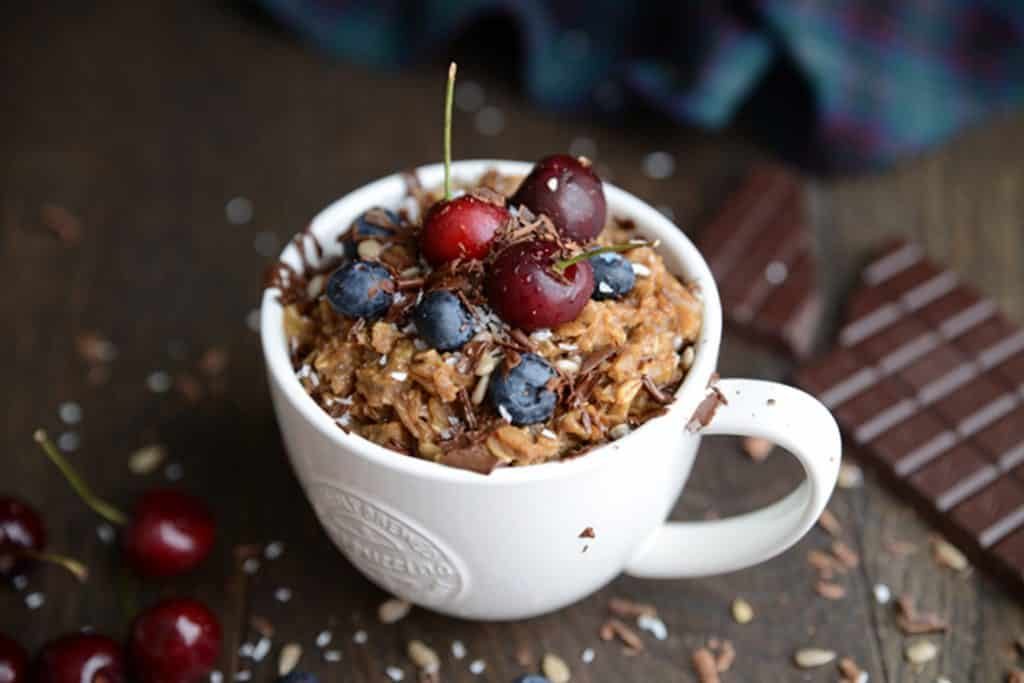 Cherry & Orange Oat Muffins – We always love an oat-based muffin recipe, because they are a natural, filling, fiber-rich flour alternative, full of nutrients. On top of that, these muffins are gluten-free, with no refined sugar, and made with healthy, natural yogurt instead of butter, and almond milk instead of cow’s milk (make sure you buy an unsweetened carton). This easy-to-whip up recipe includes oats, almond flour, orange, almond milk, eggs, Greek yogurt, maple syrup, baking soda, salt and cherries. 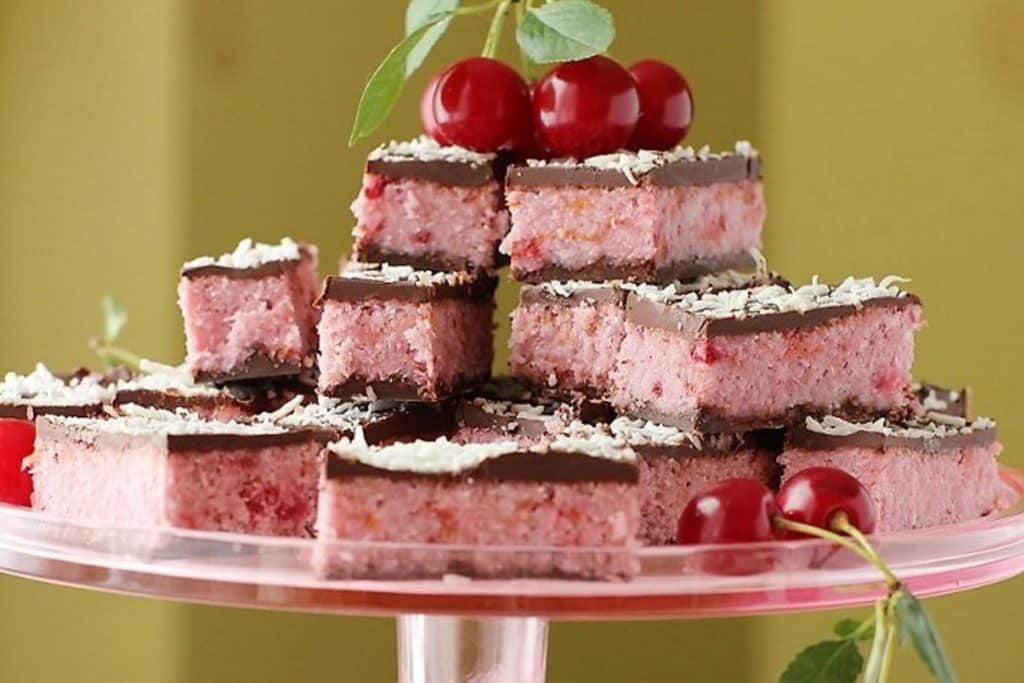 Gluten-Free Peach & Cherry Crumble – Fruit crumbles are one of the easiest, most warming and hearty winter desserts. But something that sounds like it’s a healthy option usually isn’t! Not if you make it with butter, white flour and sugar and then add more sugar to the stewed fruit! You can, however, very easily make a healthy, gluten-free, refined sugar-free crumble at home using oats and nuts. That means plenty of fiber and protein as well as healthy fats, vitamins and minerals! This recipe calls for cherries, peaches, honey, cinnamon, nutmeg, orange, walnuts, almonds and oats.

Cherry Chocolate Chip Nice Cream – You couldn’t get a simpler recipe than this vegan, no-churn mock ‘ice-cream’. It is 100% natural, with no refined sugar (depending on the chocolate chips you choose!), and calls for just three ingredients – bananas, cherries and vegan chocolate chips! 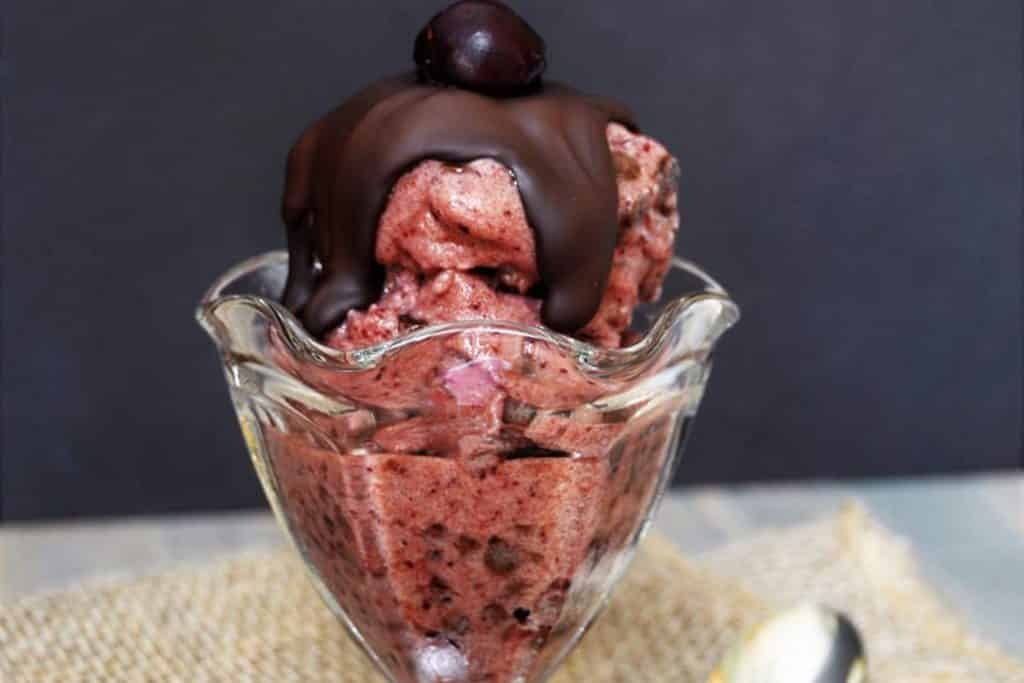 Healthy Cherry Berry Breakfast Pie – Cherry pies are one of the most traditional and common uses for sour cherries, but, again, they come with a whole lot of sugar and refined carb, fatty pastry. This is a healthy take on the classic pie, with no refined sugar or flour. The pie crust is made with walnuts, banana, cinnamon and baking powder, and the filling includes cherries, berries, water, lemon, maple syrup, almond extract and cornstarch. It is gluten-free, vegan and paleo-friendly.

Cherry Rip Chocolate Truffles – If you’re not from Australia, you might not know about the ‘legendary’ cherry ripe. It is a cherry and coconut bar dipped in dark chocolate. Of course, it’s not what you would call healthy, but this blogger has given us an all-natural, gluten-free, refined sugar-free truffle option. The recipe calls for cherries, ground almonds, maple syrup, coconut oil, shredded coconut, flaxseed oil and dark vegan chocolate.