This ancient fermented product is another one of those go-to healthy snacks or breakfast ingredients that has stood the test of time. It is one of the few foods that never seem to go out of fashion in the health world, and there are some great reasons why! 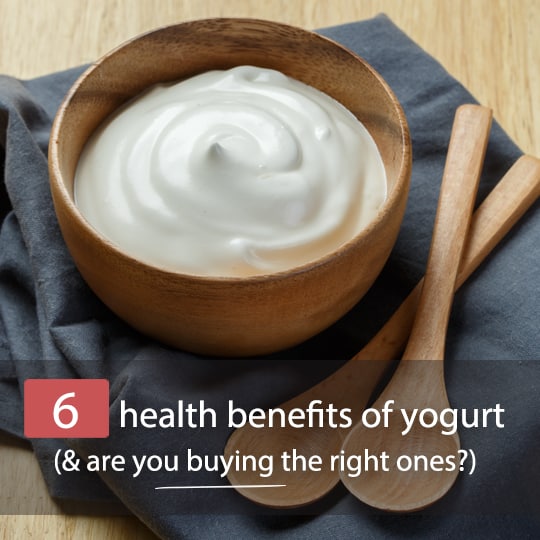 Put simply, yogurt is a thick, creamy fermented milk product. Most yogurts are white, but commercial brands with added flavors often have added colorants as well. It has a sour taste and is made by adding live bacteria to milk and allowing it to ferment. The word ‘yogurt’ comes from Turkey and loosely translates to ‘tart, thick milk’. However, it is unknown whether yogurt spread from one origin or was invented by several cultures, because it can be traced back many years in a number of different regions around the world. Researchers suggest it was likely that people who kept animals for milk discovered yogurt in similar ways. 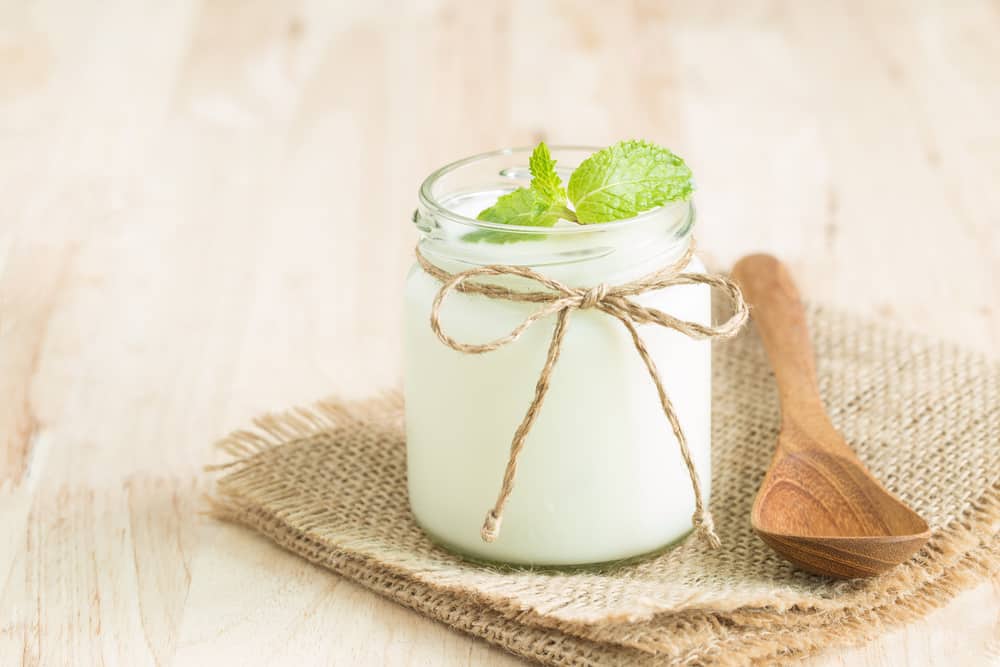 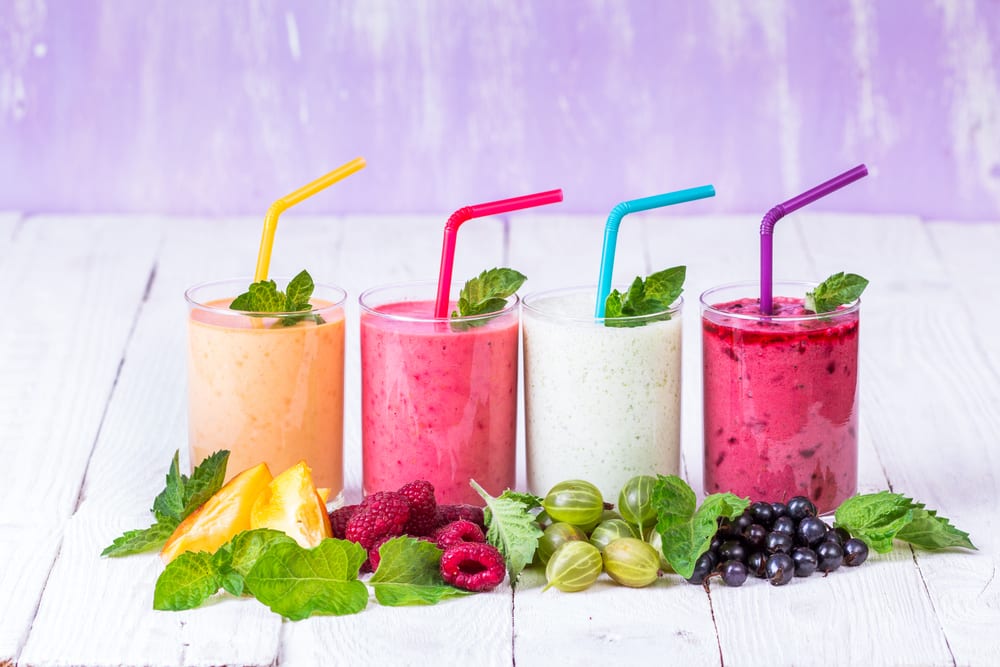 How Is Yogurt Made?

Yogurt is made by leaving fresh milk in a container with friendly bacteria. During a fermentation process in the container, the milk thickens and develops yogurt’s sour taste, producing a lactic acid at the same time, which acts as a preservative. That’s why yogurt lasts so much longer than most other dairy products.

From its incredibly powerful gut-healing probiotic powers to its immune-boosting abilities and bone strengthening nutrients, yogurt is a food you’ll want to keep in your fridge all-year-round for a daily health boost. Add a tablespoon to your smoothies, enjoy with oats instead of milk, bake with it, or try it with some fruit, nuts and seeds as a snack, and allow the gut-healthy friendly bacteria-rich food to heal your body. 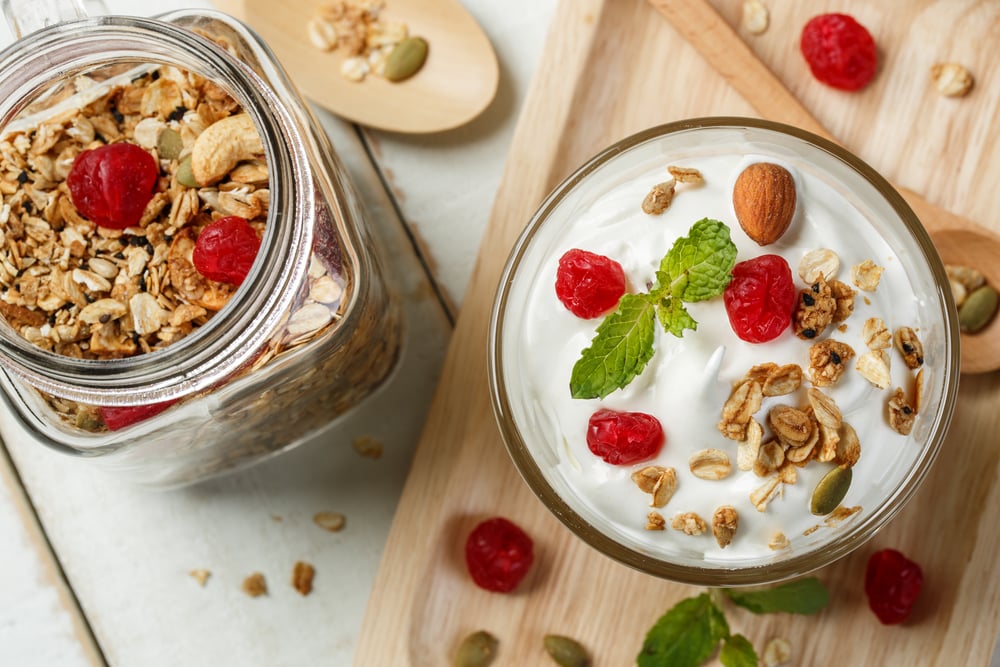 One cup of whole milk yogurt contains about 8.5 grams of protein, consisting of both casein protein and whey protein. Water-soluble milk proteins are called whey and insoluble are called caseins. Both are high quality proteins and rich in essential amino acids. About 80% of the protein in full fat yogurt is casein. Some of its benefits include an increased absorption of minerals, including calcium and phosphorus, and an ability to help lower blood pressure. The whey in yogurt accounts for about 20% of its protein content, and comes with a string of important amino acids, including valine, leucine and isoleucine.

2. Yogurt Can Keep You Fuller For Longer

Yogurt is very high in fat, so don’t get the idea here that you can eat large quantities of the delicious creamy meal and suddenly shed pounds. What it can be, however, is a high quality snack that helps you feel fuller for longer. That means, you can eat a small amount as a snack with some nuts and fruit, for example, and it will reduce your hunger until the next meal. You can also eat it for breakfast, with, for example, oats, seeds, nuts and fruits, and it should keep you nice and full until lunchtime.  A study from the University of Washington in Seattle compared semisolid yogurt, liquid yogurt, a peach-flavored dairy drink and peach juice, testing hunger, fullness and calorie consumption at the next meal. Each snack was 200 calories and the research was conducted using men and women. Although calorie consumption was the same for each participant, the group that ate both types of yogurt had lower hunger ratings reported being fuller than those who consumed the other snacks. Further, whey protein had been found to potentially aid weight loss, meaning yogurt can be included in a weight loss regime. By adding a dollop of Greek yogurt to a smoothie, for example, will give you a dose of protein and keep you fuller for longer. 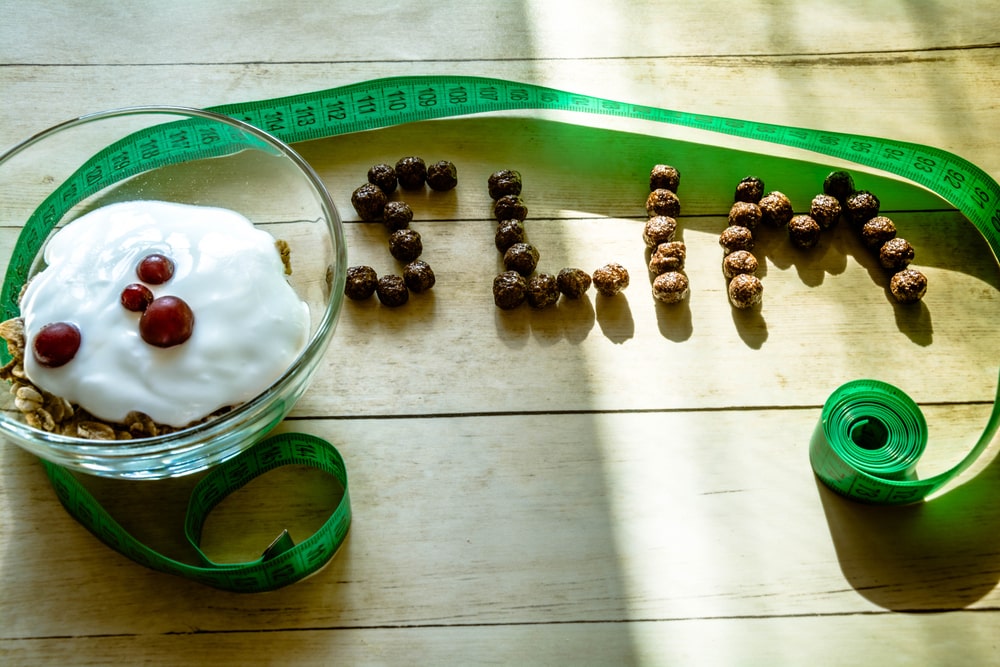 3. Yogurt Is A Probiotic

Yogurt is one of those fermented foods famous for its probiotic benefits. Probiotics are live bacteria and yeasts that are known for their ability to improve gut health. They assist in the maintenance of digestive health, and ability to restore balance in the intestinal flora. But they actually have a number of other health benefits that aren’t so well known, including aiding fat loss, enhancing heart health, and even reducing depression. Regular consumption of probiotic yogurt with bifidobacteria may also lessen the symptoms of irritable bowel syndrome.

4. Yogurt May Boost The Immune System

The science around the impact probiotics have on the immune system is still new and largely untapped. However, early studies suggest certain strains of the gut-friendly bacteria have some immune-boosting benefits. Recent findings show a number of genes and specific compounds derived from probiotics can mediate immunoregulatory effects. Studies in the latest review found probiotics to have therapeutic potential for immune-response related diseases, including allergies, eczema and viral infections. 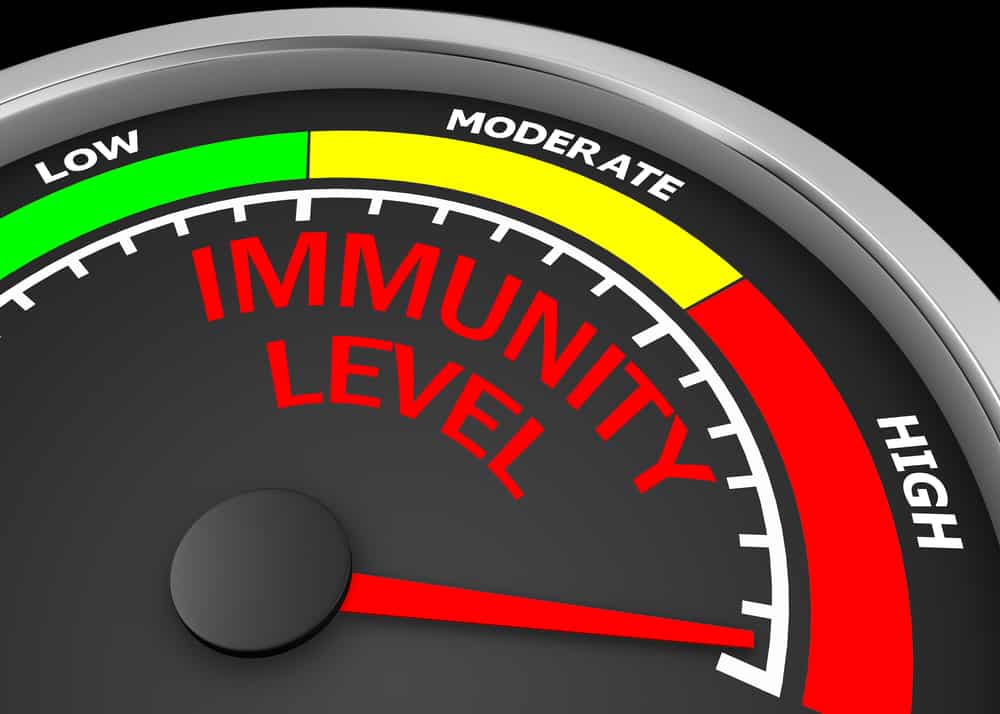 5. Yogurt Can Benefit Your Bones

Bone deterioration is a particularly common health problem in post-menopausal women. However, feeding your bones healthy and strengthening vitamins and minerals is important throughout your lifetime, whether you are male or female. Calcium is a particularly important for growing and keeping bones strong and healthy, but you need vitamin D as well, in order for your bones to absorb calcium. Luckily, yogurt has both! That means it can benefit your bones and potentially help lessen the risk of osteoporosis, which is a condition, common in older women, that involves weak, brittle bones. Osteoporosis makes broken bones more likely if you fall and injure yourself. Dairy in general has long been considered an ingredient for healthy strong bones, and that is not just because of the calcium, but also because of the protein found in milk. Bones are largely made up of collagen, which is a protein. The body needs protein in the diet in order to rebuild and maintain bone density. 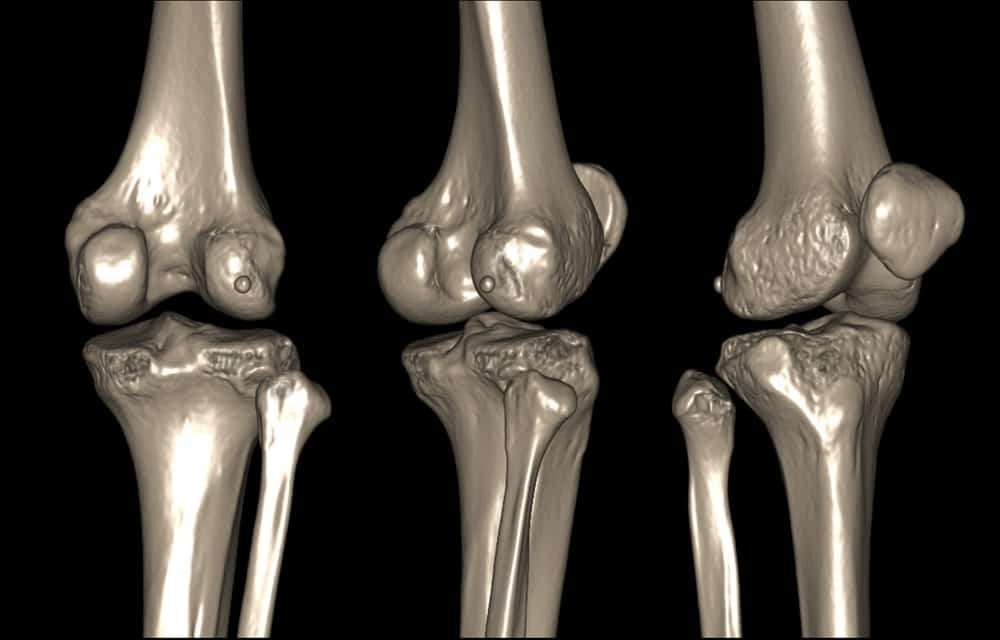 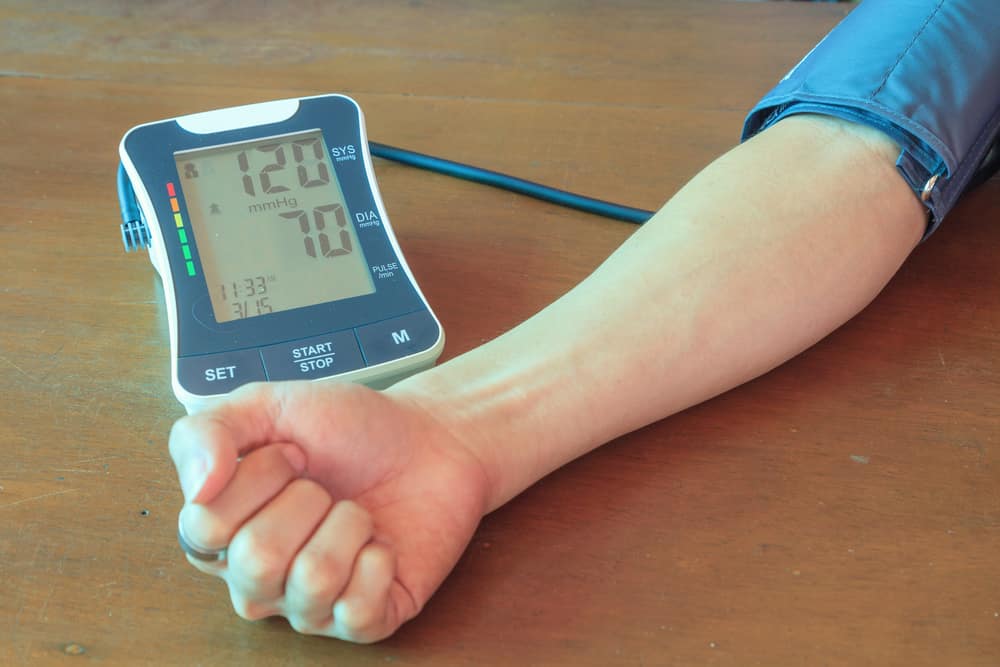 The biggest thing to be aware of when choosing yogurt is to make sure it’s a natural, unsweetened version. There are plenty of popular brands that come in all sorts of (delicious) flavors and colors, but they are full of sugar and other additives. The best option is to choose a natural, good quality plain or Greek yogurt and add your flavors in yourself. Try it with some chopped berries (strawberries, raspberries, blueberries, for example), along with chopped nuts, seeds and a small drizzle of maple syrup. Similarly, though, make sure you get 100% pure, natural maple syrup, because maple flavored syrup is full of added refined sugar! If berries aren’t in season, go for some stewed fruits, or frozen berries. Or, you can add some dried fruit instead, like blueberries, goji berries, cranberries or apricot.

And, frozen yogurt can be just as bad, with huge amounts of added sugar, flavors and colors. It is often not a great quality yogurt either, or has other major ingredients added to the base, rather than being 100% yogurt. So, either read the label of ingredients and nutritional information, or make your own frozen yogurt!