Saying that saturated fats suffer from a bad rap is an understatement.
Thanks to their widely publicized negative effect on heart health, you’ve likely been taught that all foods containing them should be, to the best of your ability, avoided.
Yet, despite the global switch to low fat foods and the banishment of saturated fats from our diets, heart disease remains the number one killer worldwide.
So is saturated fat really as bad for your heart as it’s made out to be?
Read on to find out. The evidence you’ll come across might surprise you! 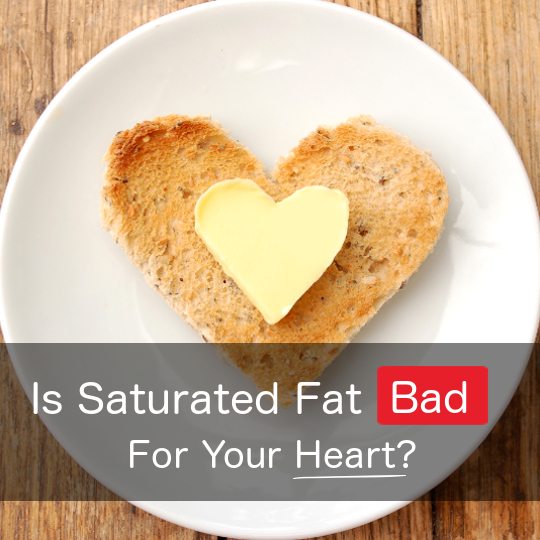 What Is Saturated Fat?

Together with protein and carbohydrates, fat is one of the macronutrients our body needs to function well.
It is a major source of energy and necessary for the good functioning of our nervous system. Our bodies also use fat to build cells, clot blood, absorb certain vitamins and minerals and reduce inflammation.
All fats have a similar chemical structure, made up of a chain of carbon atoms bonded to hydrogen atoms.
As you can see in the image below, the various types of fats are set apart from each other through their length, shape of the carbon chain and the number of hydrogen atoms connected to the carbon chain.

The carbon chain of saturated fats is straight, and holds as many hydrogen atoms as possible— this carbon chain is basically saturated with hydrogens.
This is why saturated fats are solid at room temperature.
You can find saturated fat in animal products such as meat, eggs and dairy as well as coconut oil and many foods prepared from these sources (i.e. baked goods containing butter). 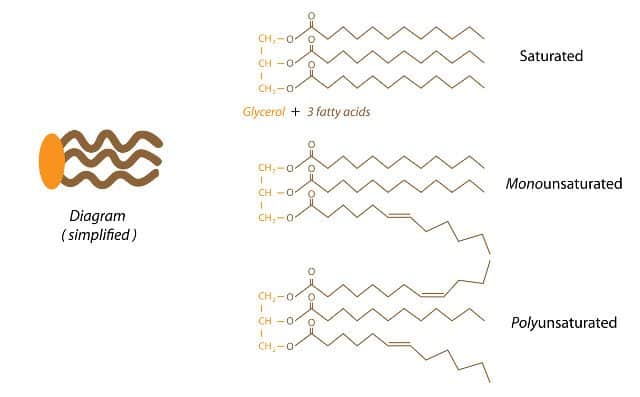 Why Does Saturated Fat Have A Bad Rap?

It all began back in the 1970s, with the Seven Countries Study led by researcher Ancel Keys. His study looked at lifestyle and risk factors for heart disease in groups of middle-aged men originating from seven countries.
Keys and his colleagues observed a link between saturated fat intake, average serum cholesterol levels and risk of dying from heart disease.
These results made splash and governments quickly integrated the saturated fat – heart disease link into their public policies.
This led nutrition experts to recommend limiting intake of saturated fats to less than 10% of total calories, a practice which is, by some, maintained to this day.
Food manufacturers were also quick to follow, producing a large array of low-fat foods.
Slowly but surely, people began lowering their intake of saturated fat, cementing the negative link between saturated fat and heart health. 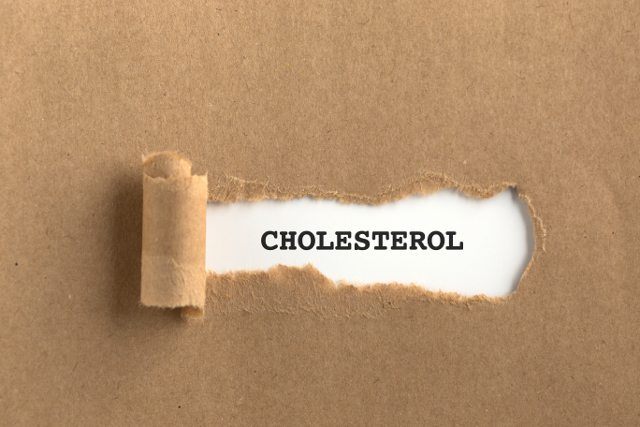 Despite the war against fat and saturated fat resulting in a population-wise drop in their consumption, obesity and heart disease both remain at an all-time high.
So, where did researchers and health-policy makers go wrong? It starts with the cholesterol – heart disease link.
Ancel Keys and his research colleagues assumed that an increase in LDL cholesterol was the most likely proof of saturated fat’s negative effect on heart disease.
We now know that this relationship is not as straightforward as was once thought.
There are two types of cholesterol; low density lipoprotein (LDL) and high-density lipoprotein (HDL).
To be accurate, LDL and HDL are not types of cholesterol per-se, but rather the lipoproteins that carry the cholesterol around the body.
HDL is thought of as a “good” cholesterol, commonly associated with a low risk of heart disease, whereas LDL is thought of as a “bad cholesterol”, commonly associated with a higher risk.
However, in the last couple of years, researchers found out that there are also different types of LDL cholesterol:

Saturated fats do seem to increase type A particles. However, it’s the type B particles that seem most closely related to heart disease.
Interestingly, the culprit identified to raise heart-disease inducing type B LDL particles may be none other than simple sugars!
[color-box color=”main”]The Verdict: The relationship between cholesterol and heart health is more complex than once thought. Saturated fat is likely much less detrimental to heart health than was once believed.[/color-box] 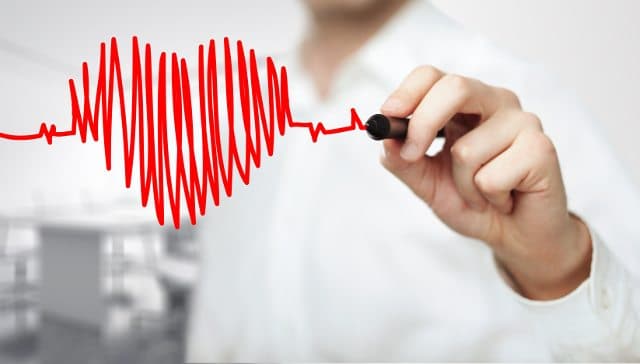 Despite governments quickly integrating findings from The Seven Countries Study into their health-policy, not everyone believed that saturated fat deserved its vilification.
Many criticized the study for failing to take into account other factors which could influence heart disease risk including smoking, sugar consumption and exercise levels.
Others criticized it for leaving out data from populations that followed diets high in saturated fat but had low rates of heart disease, such as the Masai, Tokelau and Inuits.
Luckily, a wide array of studies have been performed since, allowing saturated fat to slightly improve its reputation.
For instance, a review published in 2010 analyzed results from 21 studies spanning over a period of 5 to 23 years. Its authors concluded that there is no significant evidence associating dietary saturated fat with heart disease.
A more recent review of 72 published studies, involving results from more than 600,000 people originating from 18 different countries, similarly concluded that saturated fats have no effect on heart health.
It’s important to keep in mind that the effect of saturated fat on heart disease may be relative to what it is compared to. For instance, replacing saturated fats with simple carbohydrates may worsen heart-disease risk.
On the other hand, replacing them with unsaturated fats can lower heart disease risk.
[color-box color=”main”]The Verdict: Recent research shows that simple sugars are more likely to have a negative impact on heart health than saturated fat.[/color-box] 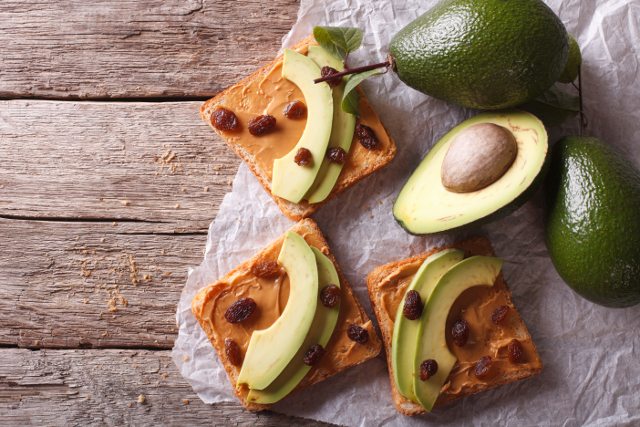 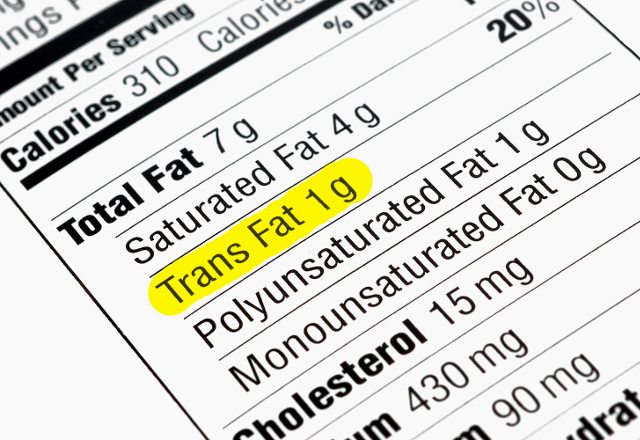 What Fats Should You Really Worry About?

So, if not saturated fats, which fats should you really worry about?
The answer is undoubtedly trans fats!
Not commonly found in nature, trans fats are generally produced industrially by taking an unsaturated fat and adding hydrogens to it — a process called hydrogenation.
This removes the naturally-occurring kinks in the carbon-chain, modifying the structure to resemble that of a saturated fatty acid. The change is structure makes trans fats particularly harmful to health.
Studies show, time and time again, that trans fats contribute to development of type II diabetes, cause inflammation and even raise the risk of heart disease.
In June 2015, the United States Food and Drug Administration (FDA) even issued a statement saying that trans fats are not generally recognized as safe and set a three-year time limit for their removal from all processed foods.
An easy way to avoid them is to favor non-processed, whole foods.
[color-box color=”main”]The Verdict: Trans fats are man-made fats shown as detrimental to human health.[/color-box] 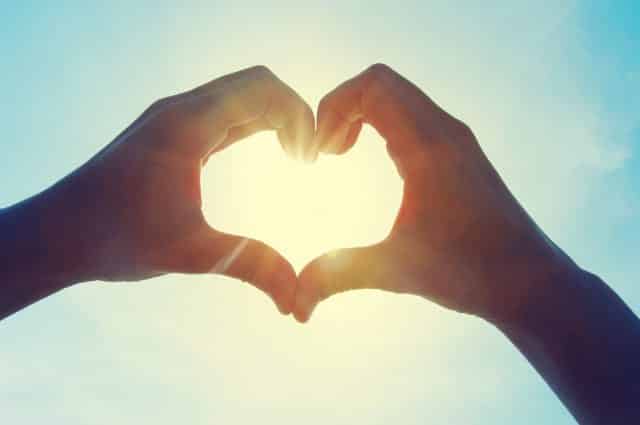 A Small Exception To The Rule…

We’ve just seen that, generally speaking, saturated fats doe not raise the risk of heart disease.
That being said, a select few do have reason to pay close attention to the amount of saturated fat in their diets. They include

[color-box color=”main”]The Verdict: You may want to minimize saturated fat intake if you suffer from familial hypercholesterolemia or have an ApoE gene mutation.[/color-box] 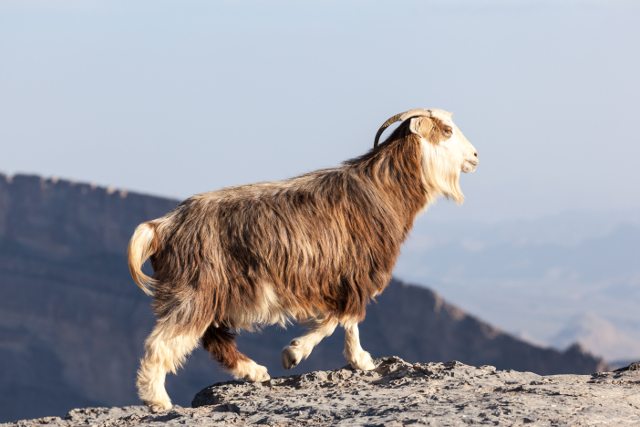 Saturated Fats Are The Wrong Scapegoat

The saturated fat – heart disease risk link appears to be more myth than reality.
Decades of scientific research fail to show a strong causal link between the two.
What’s more, opting for the low-fat version of foods (which might, incidentally have increased levels of sugar) could actually be counterproductive when it comes down to the health of your heart.
The bottom line here is simple; opt for whole foods, with little to no processing and natural amounts of fat. They remain the best alternatives both for heart and overall health.