Most people in the western world would only be aware of the physical side of yoga – the asanas (postures) and flows that are taught in yoga studios and on youtube. But the physical side of yoga is one of the most modern aspects of the ancient system, which consists of an in-depth philosophical structure based on a healthy mind, body and spirit, through healthy, clean and ethical living. 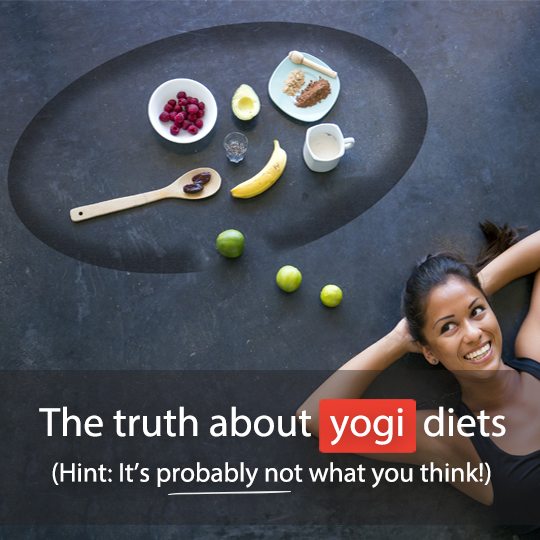 Yoga is incredibly multifaceted, which makes it quite difficult to define. It has an ancient history that has been developed broadly across India over the last 5,000 years, leading to enormously diverse teachings, techniques and practices. To generalize, yoga includes a healthy, natural diet, pranayama (breathing), asanas (physical postures), and meditation, all of which nourish and balance the body and mind for optimum health. In yogic teachings, food is perhaps the most important part of a healthy lifestyle, because it is the fuel that feeds and nourishes the body and mind. And, just like the different styles of yoga asanas, from ashtanga and vinyasa to iyengar and kundalini, there are plenty of adaptations and differences between one person’s yoga diet and the next, as well as plenty of misconceptions…

Yoga is one of six ‘branches’ of Indian philosophy, which include Nyaya (logic), Vaisesika (analysis of the origin), Samkhya (recognizing creation), Mimamsa (rituals of the Vedic tradition), Yoga (unity), and Vedanta (the path of knowledge). The word ‘yoga’ comes from the Sanskrit term yuj, which means to unite or harmonize. By that definition, yoga could describe any method a human being uses to become united with ‘true reality’. It is intended to unite breath to movement, individuals with ‘the divine’, female and male energies, and, the yogic unity people would be most familiar with – the mind, body and spirit. But, before we get too heavy into the philosophical side of yoga, let’s look at where yoga diets stand. 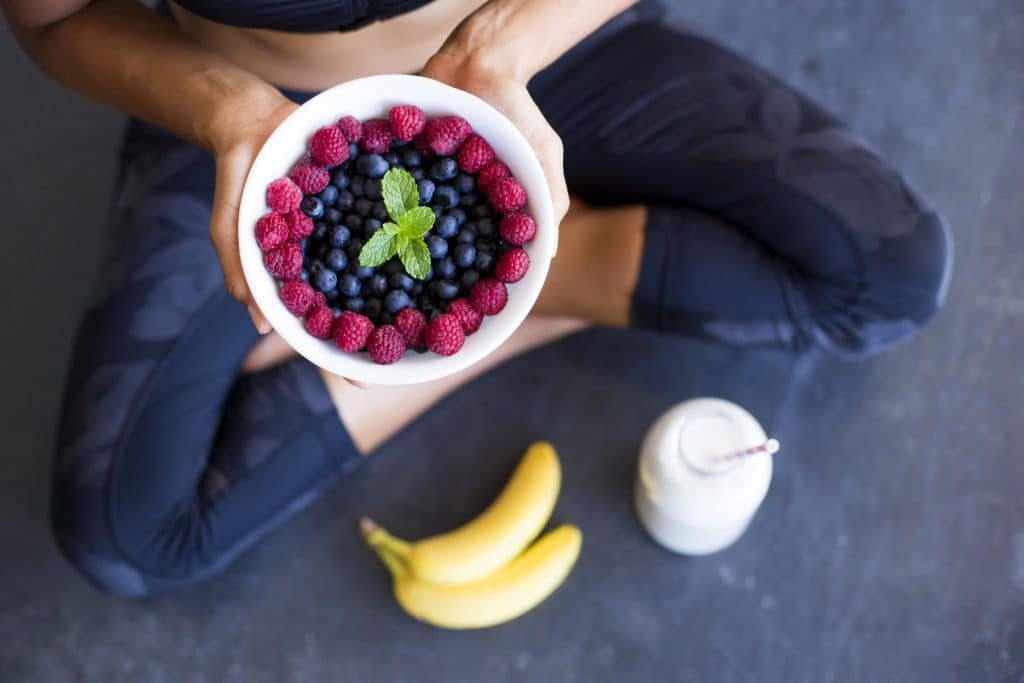 Yoga diets are built around this philosophy, and the principles of eating like a yogi are part of an overall healthy lifestyle. The pillars of yoga philosophy come in the form of five yamas (components), which are the first of the eight ‘limbs’ of yoga, which were developed to help people reach an ultimate goal – a state of focused concentration. The five yamas include ahimsa, which means ‘non-harming’, satya, which means speaking the truth, asteya, which is non-covetousness, brahmacharya, or moving towards truth in love, and aparigraha, which means only taking what is necessary and not being greedy. 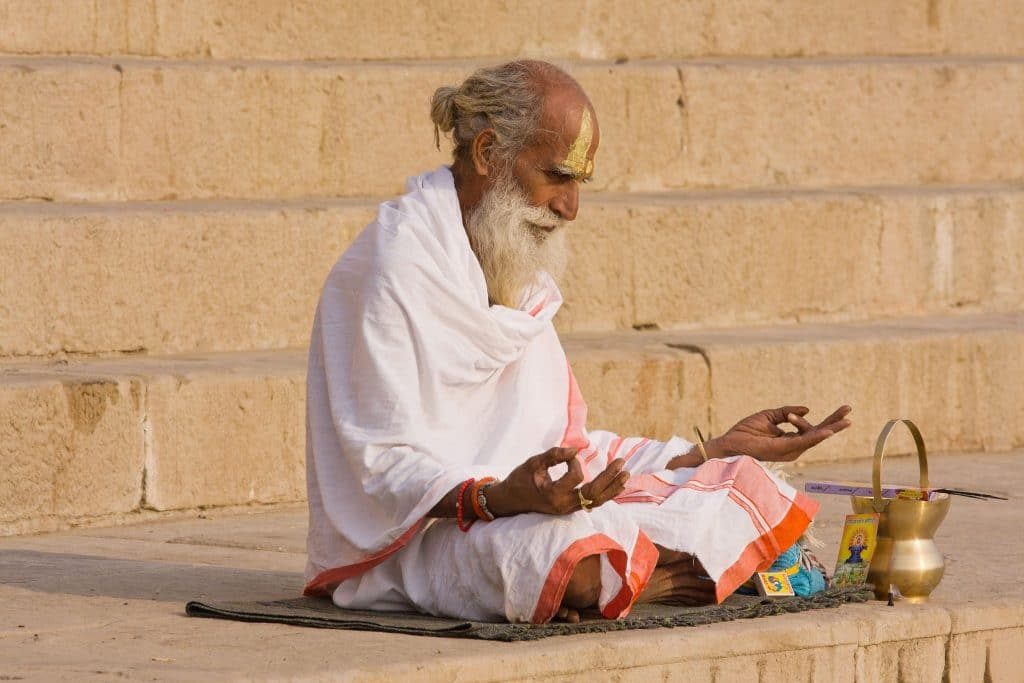 Ahimsa is one of the most important yamas to apply to a yoga diet. It means non-harming or not to injure and can also be interpreted as compassion. It is a Sanskrit word that creates the foundation of the vegan or vegetarian stereotype – non-harming, therefore, not harming animals. However, there are some exceptions to the rule…

A yoga diet is built around eating to nourish the body and having a healthy relationship with food. It stems from the idea that food is the creator of prana (life force), which sustains the physical body and mind. The reason most yogis are vegetarian is because it simplifies the development of sattva, which is the concept of ahimsa. Sattva involves peace and connection with all sentient beings and therefore does not condone the killing of animals for meat.

Traditional yoga diets consist of food grown naturally and harmoniously with nature. Therefore, in-season organic produce is most desirable to strict yogis. But it actually goes further than that. Yogis believe food should be prepared and eaten with love, gratitude and positive intention, in order to increase and sustain prana. 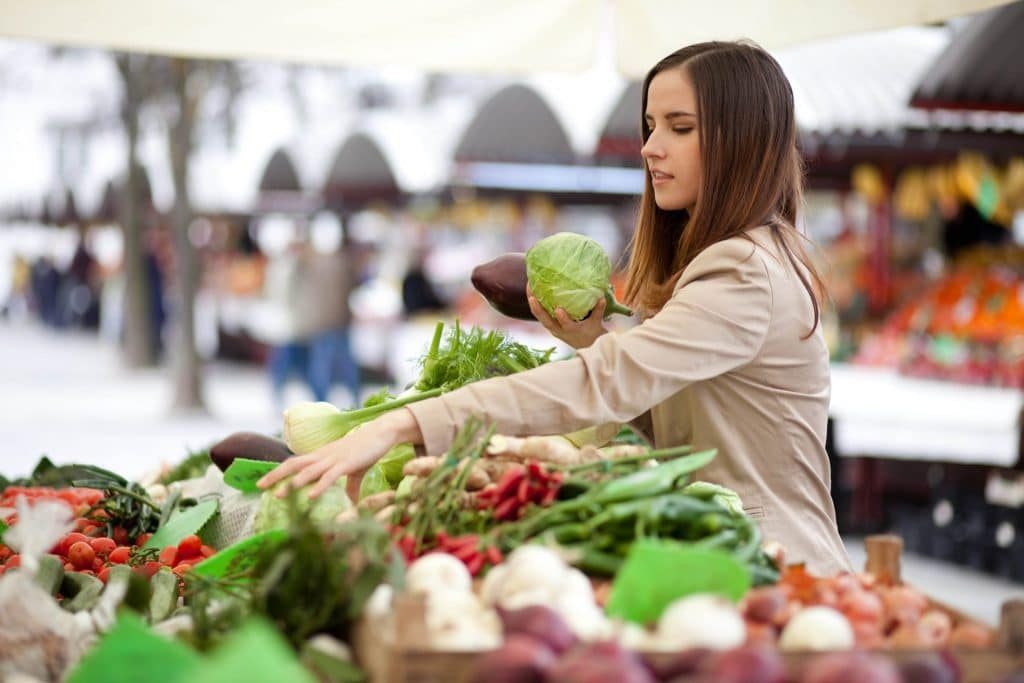 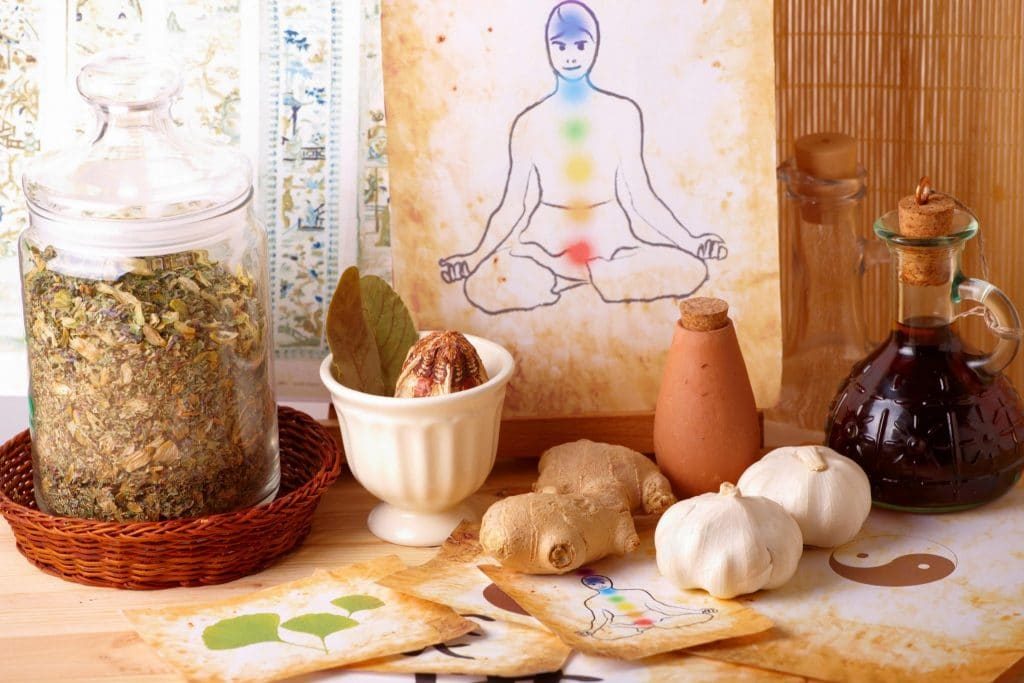 Now that we’ve outlined a traditional yogic diet, we’re going to completely flip it on its head! Well, not quite, but there certainly are misconceptions and acceptable adaptations within the yogi way of life. This is where it can get a little complicated and where omnivores can still call themselves ‘yogis’. Contrary to popular belief, yoga does not prohibit the consumption of meat. The concept of mental and physical balance for conscious living and a commitment to ahimsa would seem as though vegetarianism is the only way forward. However, ahimsa is not as simple as that, and the concept of non-harming extends to the individual person as well. So, for example, a person whose health deteriorates from a vegetarian diet is harming themselves, which means they are not following the principle of ahimsa. 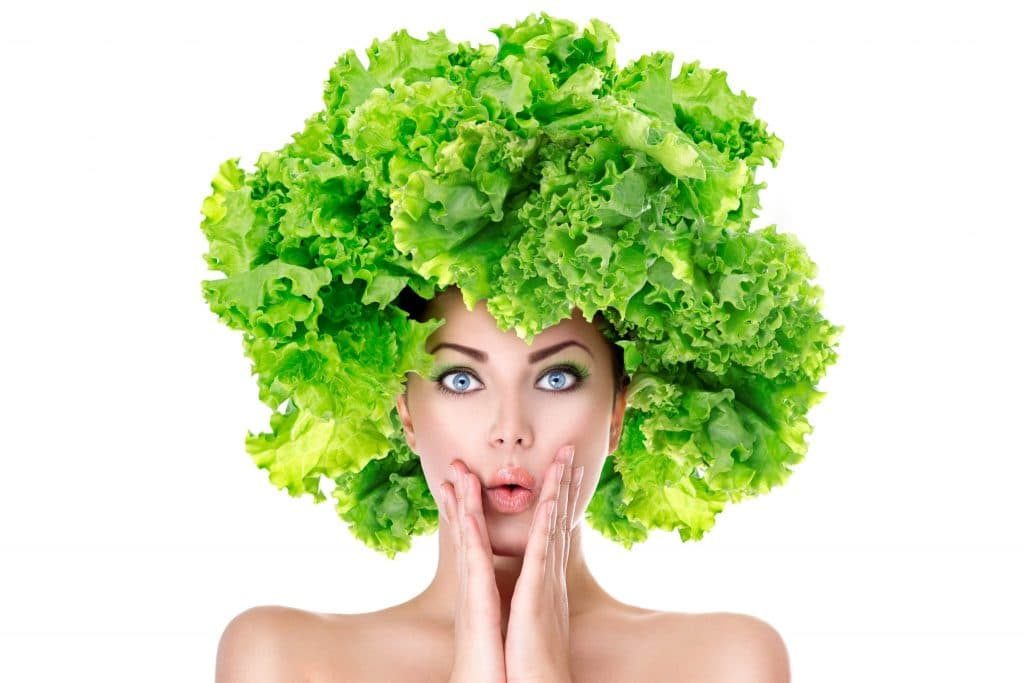 The misconception was perhaps caused in part by the first generation of yoga teachers in the US, who studied under teachers such as Swami Satchidananda and B.K.S. Iyengar, who were Indian and Brahmin, making them culturally vegetarian. This, combined with a misinterpretation of ahimsa, led to an idea within the yoga community in the western world that you could only be a yogi if you were vegetarian.

Traditional sattvic foods, including vegetables, fruits, legumes, whole grains and ghee (clarified butter) are thought to nourish and improve health. In contrast, tamasic and rajasic foods, including onions, meat, garlic, coffee, chili and salt, are thought to cause dullness or hyperactivity. However, yoga diets should not necessarily be sattvic only. The healthiest diet for each individual yogi depends on their own constitution and current state. That can differ greatly from one yogi to the next yogi, as well as changing during different stages of your life and depending on the season, which also means the climate you live in plays a part in what you should eat. Not as simple as you thought, is it? 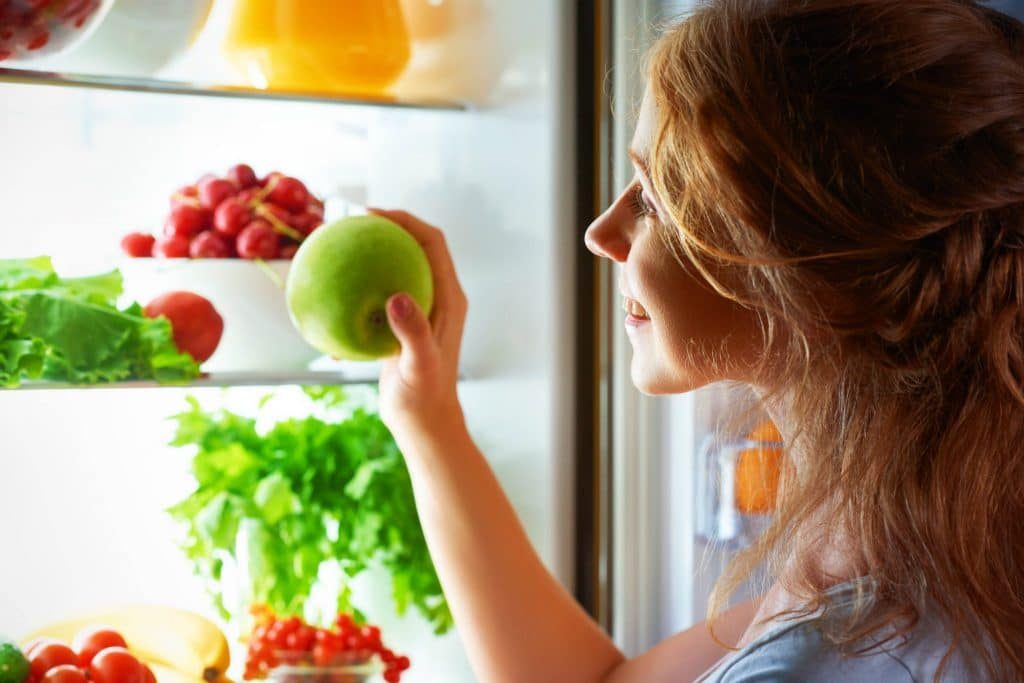 So, to add a bit more clarity: the lesson to take away from the misconception that yogis are not allowed to eat meat is that you have to listen to your own body and mind. If vegetarianism is a healthy and happy lifestyle choice for you, then that is great. If, however, you need more intense doses of protein that you can’t get from plant-based foods, then you may need to add a little bit of meat or eggs into your diet. 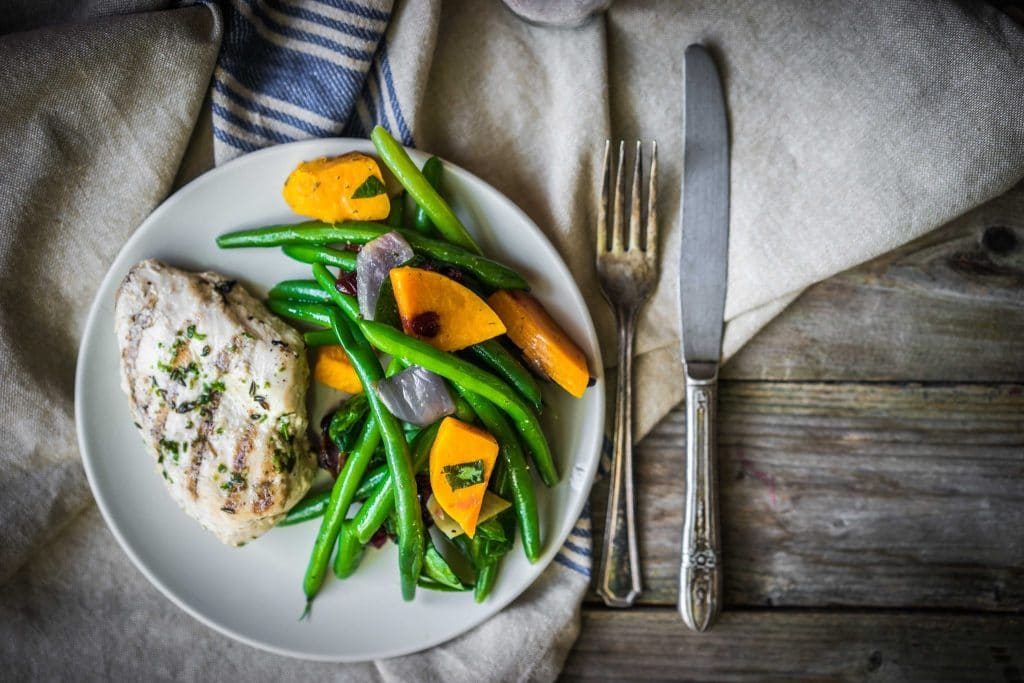 While there are universal guidelines in the Yoga Sutras, they need to be adapted to the individual. If meat is a necessary part of your diet, then you can take into consideration a number of other elements to make it comply with the practice of ahimsa. For example, you should limit the amount of meat you eat per week or year, eating it in small, sparing amounts. (Traditional western diets include far too much meat). You should also consider the way it is farmed or fished, and try to choose organic meat.

Small Changes You Can Make

Like the sound of a yoga diet but not sure it’s right for you? People can make their own adaptations and changes to make it work for them. Here are some tips to get you started:

Eat natural, in-season products – Whether you’re following a traditional vegetarian diet or incorporating a little bit of animal protein into it, you should always opt for natural ingredients. For fresh produce like fruits and vegetables, you should always try to choose foods that are in-season, and if you can find organic, that is even better.

Listen to your body – The main lesson to take away from ahimsa and the practice of yoga is that you should listen to your body. If you’re trying to eat a healthy, balanced diet, then that is the first step in the right direction. But you also then need to step back and ask yourself what is working and if there is anything that is not working. That also means you should listen to your body’s hunger and fullness cues rather than looking at the clock for mealtime. How hungry are you? What do you feel like eating – something light and salad-based, or something warm and filling? When you follow this lifestyle, you should feel energized but calm and clean inside and out. If you can achieve that, then you’ve found the right diet for you! 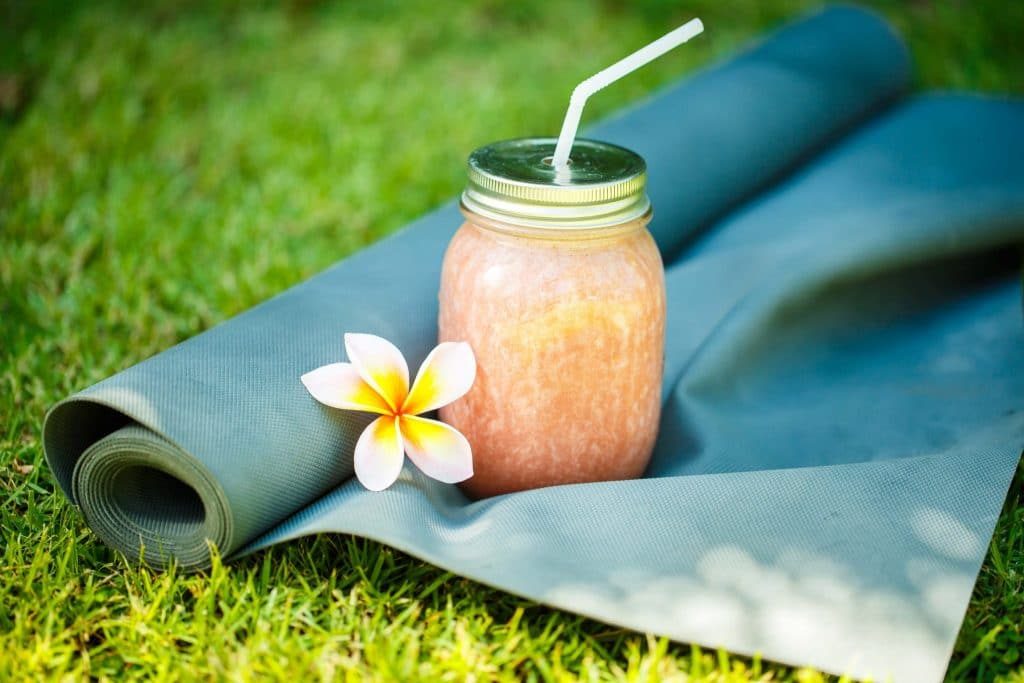 Enjoy your food – In yogic teachings, food should be prepared and eaten with love and gratitude. When cooking, you should set aside an appropriate amount of time so that you can be present and enjoy the experience. Similarly, when eating, you should chew each mouthful well and eat slowly and mindfully, without any distractions like the television or iPhone. Not only will this allow you to enjoy your food more, but it will give you time to realize when you are full, which is beneficial if you are trying to lose weight. 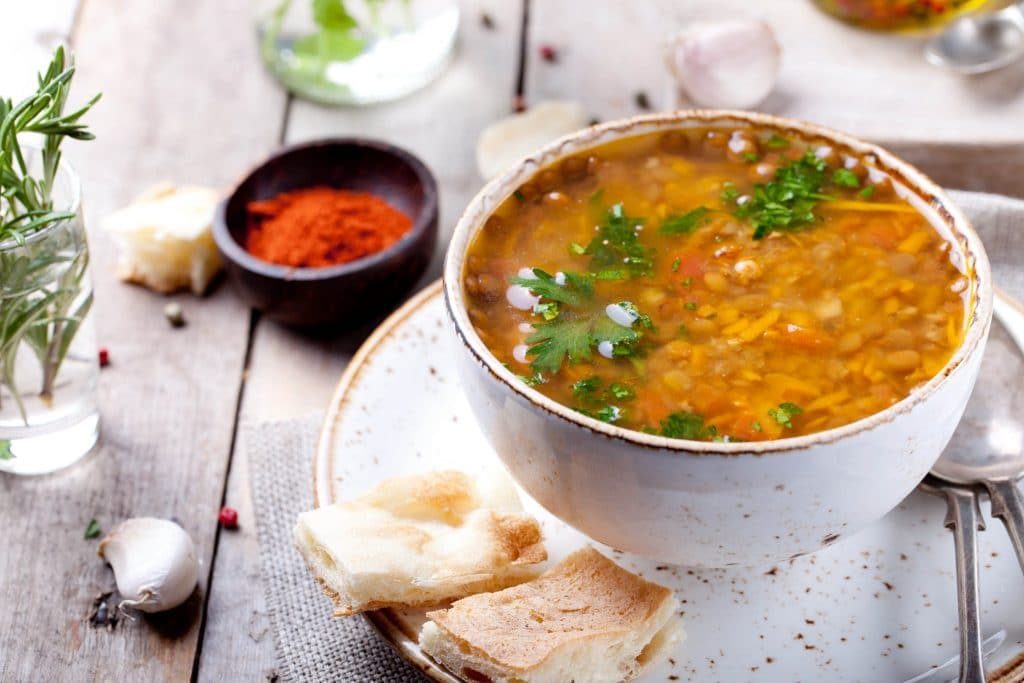 If you would like to try some vegetarian, yoga-inspired recipes to kick-start your wellness journey, try these delicious, easy meals, drinks and snacks. Remember, even if you need animal protein to keep yourself healthy, you definitely don’t need it in every meal, so you should add some healthy vegan and vegetarian recipes to your go-to cookbook.

Rainbow Chakra Salad – This colorful chakra-inspired salad is full of healthy vegetables and seeds. Every mouthful is bursting with flavors and tastes, with bitterness from the kale, sweetness from the carrots and creaminess from the avocado, topped off with a nice crunch created by the seeds! 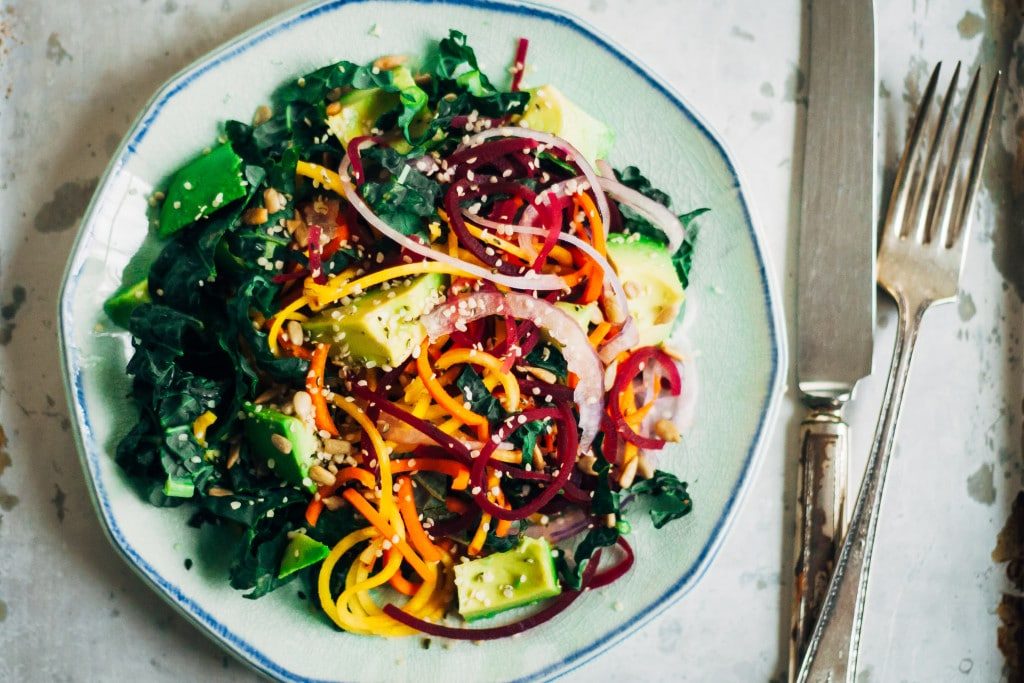 Yoga Pot – For a more warming, hearty meal, this easy recipe is packed full of fiber, complex carbohydrates and vitamins. It is full of interesting, tasty herbs and spices, including cayenne pepper, cinnamon and fennel, as well as delicious vegetables. 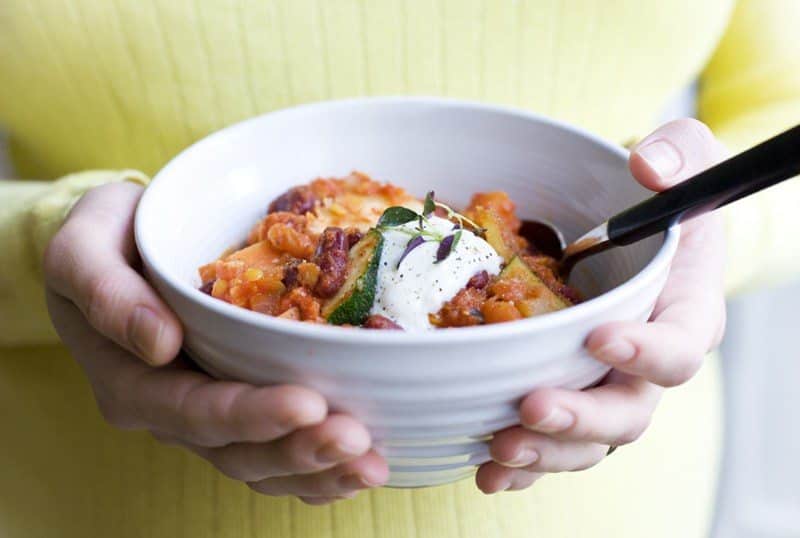 Energizing And Invigorating Yogi Chai Tea – This soothing, therapeutic tea is just the ticket to a healthy, energized afternoon. With warming spices, including cloves, cardamom, cinnamon and peppercorns, it stimulates the brain and awakens the digestive system. 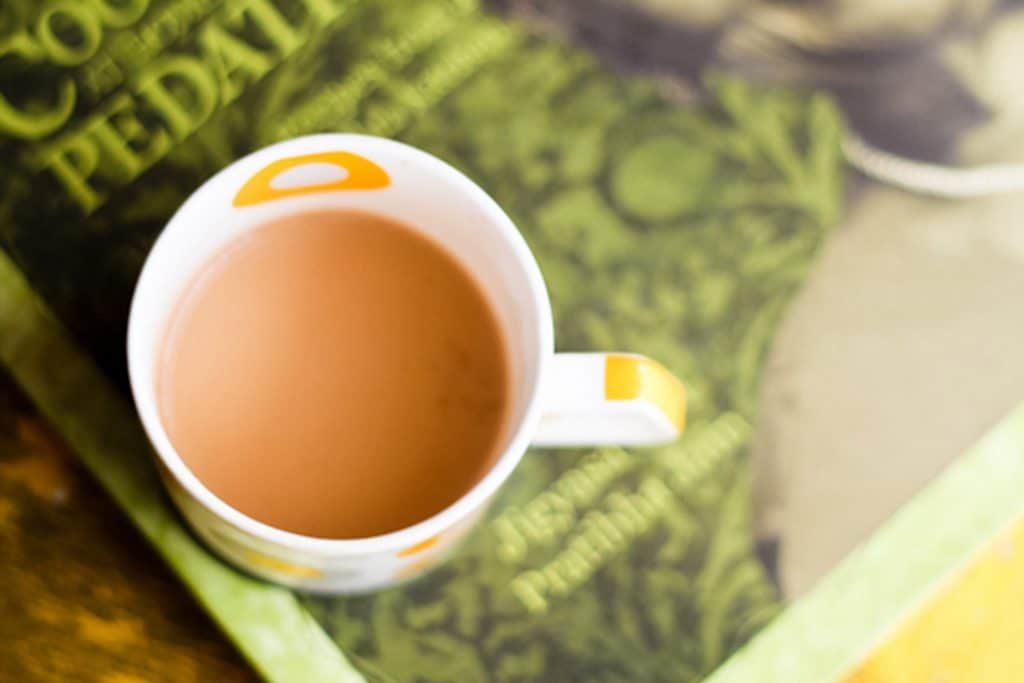 Yogurt Chaach Cooler – This spiced chaach is a cooling drink that aids digestion and comes with the probiotic benefits of yogurt. It is also rich in calcium, potassium, protein and B vitamins, and is an easier dairy product to digest than milk. With just three or four ingredients, it only takes a couple of minutes to whip up, and can be consumed daily for health and vitality.