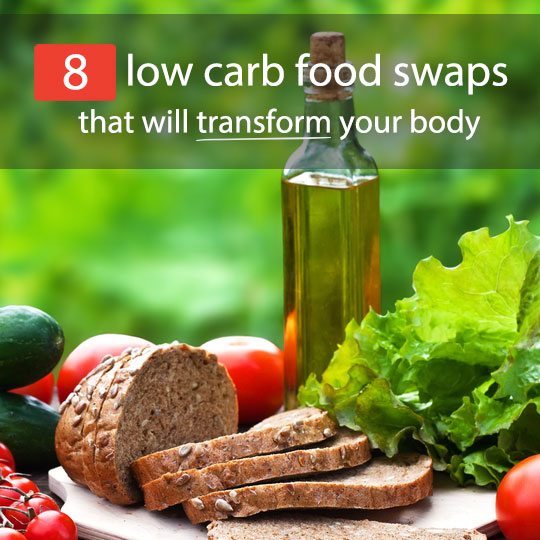 You’ll be surprised at how easy it is to swap in these low-carb foods to take the place of higher carb fare. Here are eight easy-to-make switches that will make you a low-carb pro in no time. We’ve also found some of the tastiest low-carb recipes for you to try to see how yummy low-carb can be.

Sandwiches don’t have to get axed when you cut down on the carbs, they just might look a little different than you’re used to. Try using a few slices of romaine lettuce in lieu of sandwich bread and you’ll be doing yourself a big favor by cutting out carbs that can send you into an afternoon snooze. Even better than switching to wheat bread, switching to lettuce leaves provides you far less carbohydrates and much more Vitamin A.

[color-box color=”main”]Carb Breakdown: One outer leaf of romaine lettuce is just 1 carb compared to 12 or 11 carbs in just one slice of white or wheat bread respectively.[/color-box]

Using brown rice instead of white rice has been a well-known healthy swap for years, but that shaves off just 5 carbs in a 100 gram serving. You can get the carb count way down while getting a similar texture when you make up a batch of cauliflower rice instead of white rice. Try it in sushi rolls for a healthy low-carb snack or meal, or use it as a side and you’ll be getting a serving of vegetables as well as helping to round out the meal. 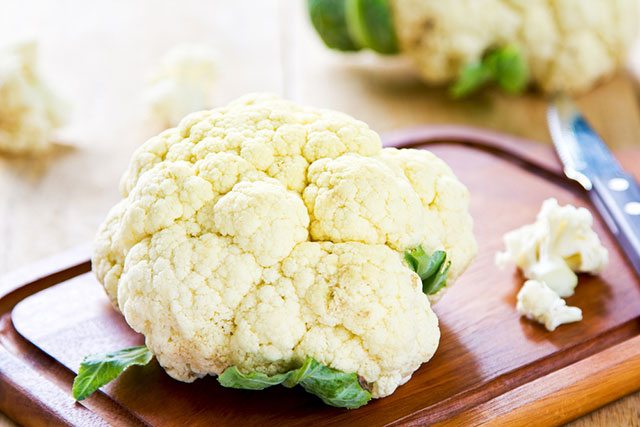 [color-box color=”main”]Carb Breakdown: A 100 gram serving of cauliflower has just 5 grams carbs, while this same size serving of white rice has 28, with brown rice containing 23.[/color-box]

It might take a bit of tinkering depending on the recipe, but once you get the measurements right almond flour can be used in plenty of different meals instead of all-purpose flour and save you a bunch of carbs in the process. As an added bonus it contains more fiber than flour does, and in some recipes you’ll find that it makes the food taste even better than when using white flour. Baked goods are one department where almond flour particularly shines.

Pasta is a known carbohydrate baddie, and several attempts have been made at swapping it out with a less heavy ingredient. One of the best ways to go is to use a vegetable like spaghetti squash for the job. It’s just begging to move into pasta’s former spot, and you’ll be getting a serving of vegetables and avoiding a chunk of carbs for the day. You can use other vegetables in place of pasta as well, with zucchini working incredibly well to replicate the texture of cooked pasta. 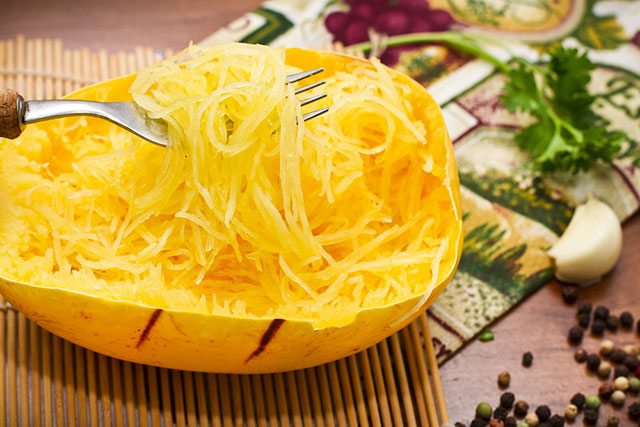 [color-box color=”main”]Carb Breakdown: A 100 gram serving of spaghetti squash has just 7 carbs in it. The same serving of traditional pasta will yield about 25 carbs.[/color-box]

Don’t give up pizza just because its crust is loaded with carbs. It’s easy to keep pizza healthy when you top it with nutritious items and swap the crust out for a cauliflower crust. This is one of those try-it-to-believe-it substitutions that tastes amazing and sneaks in a serving of vegetables in addition to the sauce and toppings. Since meats and cheese are low in carbs it’s not a problem keeping this under your carb target for the day.

[color-box color=”main”]Carb Breakdown: Cauliflower is a carb lightweight with just 5 carbs in a 100 gram serving. Most pizza crusts will be laden with carbs, and depending on the brand of dough can range from 10 grams of carbs up to 20 or more per slice.[/color-box]

Lasagna is generally off the menu when you’re seeking a low-carb lifestyle, or a low-carb meal. you can put it back on the radar when you omit the thick lasagna noodles that are carb conduits. Replace them with butternut squash instead and you’ll be getting more vitamins and an incredible texture and flavor. You can either cube them or slice them up so that they resemble the lasagna noodles you’re replacing.

[color-box color=”main”]Carb Breakdown: 100 grams of butternut squash yields just 12 carbs, while just one sheet of lasagna noodle has 17. That means 80% of the calories in the lasagna noodles are from carbs![/color-box]

Instead of cuddling up on the couch to your favorite movie or TV show with a bag of potato chips, bake up a batch of kale chips instead. They have all the savoriness and crunch that you want in a snack, but you’ll walk away from the session feeling good and guilt-free, and when your next meal rolls around you won’t have spoiled your appetite. One of the tastier ways to work in a serving of vegetables. 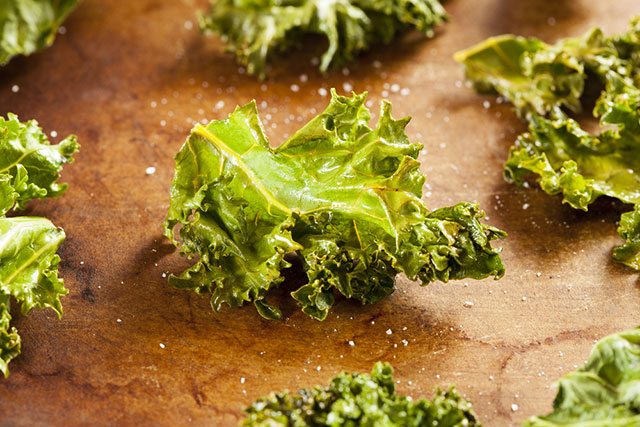 Sugar is 100% carbs, so the less sugar you use the less carbs you’ll be taking in. But it’s hard to give up the sweet stuff without replacing it with something else. One good replacement is stevia, which is actually sweeter than sugar and can be used as a replacement in a myriad of recipes. It may take a little getting used to, and doesn’t replicate the taste of sugar exactly, but the impact it has on your total carb count makes it worth using.

[color-box color=”main”]Carb Breakdown: A side by side comparison shows that ounce for ounce stevia blows sugar away in the carb department. But keep in mind that you’ll be using half as much, so it’s a way to cut your carbs in half and still get all the flavor.[/color-box]