To salt or not to salt … that is the question! For years, doctors and government regulators alike have been telling us to reduce our salt intake for health reasons. They say a high-salt diet could lead to high blood pressure, heart disease, stroke, and even death. But is this true? Is salt really the enemy? While there is still a debate on this topic, research shows the white stuff we use to flavor our food isn’t quite the evil it’s made out to be. Well, if you’re consuming the right type that is! 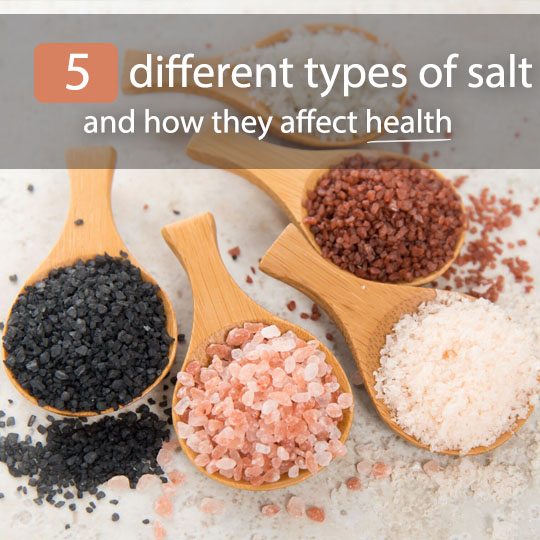 For decades, researchers have been studying salt and its impact on the human body. Before we go any farther, it’s important to understand what salt is.

Salt is a crystalline mineral that’s made from sodium and chlorine (NaCl). These two elements are essential for life. We cannot live without them because they contribute to numerous critical biological processes, including:

You may be wondering, if the elements that make up salt are so important for our health then why does salt have such a bad reputation? What a lot of people don’t realize is there’s a huge difference between natural salt and the refined stuff we usually eat.

5 Types of Salt and How They Affect Health

There are a large variety of salts on the market ranging in color, texture, taste, and nutritional value. Today, we are going to focus on five of the most commonly used and talked about salts: refined table salt, sea salt, kosher salt, pink Himalayan salt, and Celtic sea salt.

Refined salt, also referred to as table salt or cooking salt, is originally produced from either salt mines or evaporated ocean water. I’d like to take a minute and add a quick note here to make you aware, that when you see the word refined on a label of any food, a red flag should go up. That one little word is telling you that the food has been processed. When a food has been refined (processed) it has been altered from its original state. So, as in the case of the refined salt, what started out as a beneficial mineral, is quickly transformed into an altered state. It’s been chemically cleaned and stripped of natural healing minerals which in the end reduces its initial natural nutrients. 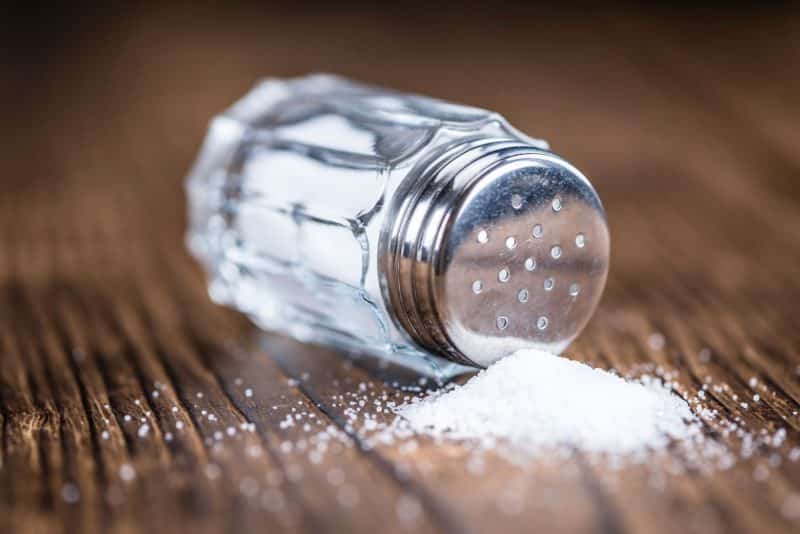 Here’s what happens: Before refined salt hits the shelves of your local grocery store, it’s dried in high heat above 1,200 degrees Fahrenheit. That excessive heat alters the natural chemical structure of the salt. To make matters worse, during the drying process, manufacturers add anti-caking agents so the end product will pour and flow freely. Dr. Joesph Mercola says these anti-caking agents are “dangerous chemicals like ferrocyanide and aluminosilicate.”

Along with anti-caking agents, iodine is also added to refined salt. Why? In the United States, it started in 1924. At that time many people were experiencing iodine deficiencies, which can lead to goiters (enlarged thyroid) and thyroid disease. Today, though, it is easier and recommended to get iodine from whole foods, like saltwater fish and dairy.

Consuming too much of this type of salt can cause excess fluid in your body tissues and lead to various health issues. Despite table salt having little in common with natural salt, this is the type most people use to flavor their homecooked food and most food manufacturing companies dump into their packaged products. Even sweet foods that don’t taste salty are loaded with refined salt and sodium. Manufacturers use it to preserve foods (extending their shelf life) and enhance flavor. Unfortunately, more than 75 percent of sodium in the average American’s diet is coming from processed foods. So even if you don’t think you’re eating refined salt, you probably are.

Without debate, there is far too much sodium in packaged foods. Aside from the high sodium content, though, it’s best to stay away from processed, packaged foods altogether. That’s because, along with salt, they are loaded with high fructose corn syrup and other dangerous food additives that can be detrimental to health. 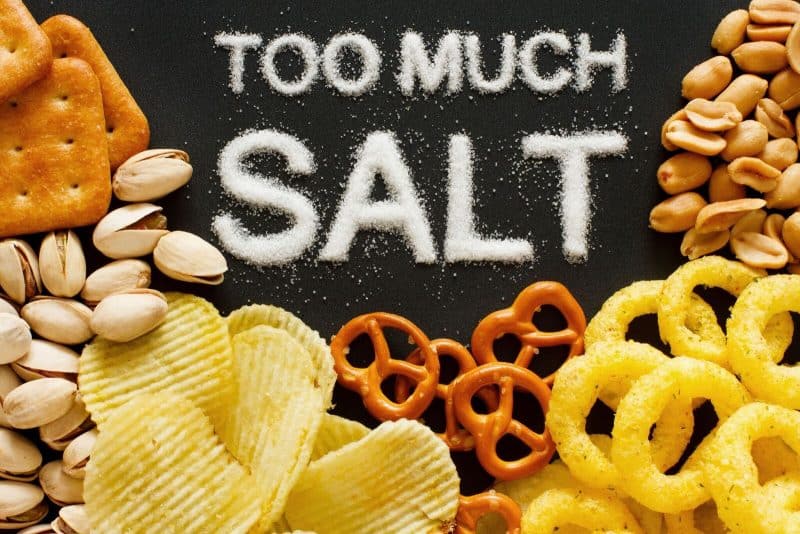 If you’ve ever had sea salt then you know there is a huge texture difference when compared to traditional table salt. Sea salt is often less ground, meaning the salt flakes are larger. This type of salt is made by evaporating seawater and usually contains some amount of trace minerals like potassium, iron, and zinc. While sea salt is definitely a better choice than refined table salt, it’s still not the best. That’s because of the pollutants in our oceans. Our oceans have become a dumping grounds for toxic poisons like mercury and much more. Just like pollution has affected our fish supply, sea salt can also contain trace amounts of heavy metals, like lead and mercury. 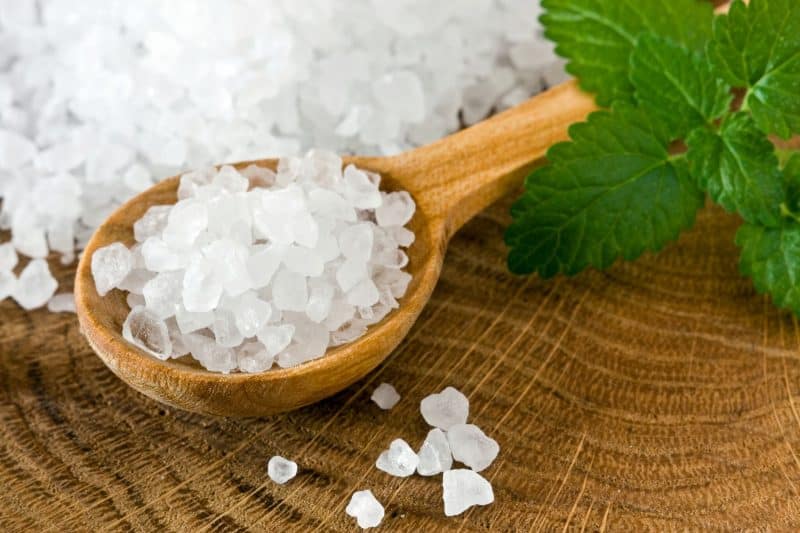 Kosher salt was originally used for Jewish religious purposes. It was used to remove blood from the surface of meat, making the meat Kosher. This type of salt has a flaky, coarse structure that easily draws out the blood. While Kosher salt is similar to table salt because they both originate from either underground mine deposits or evaporated seawater, the two salts are not the same. Aside from the larger grains and different texture, Kosher salt is not iodized and usually doesn’t contain anti-caking agents. If manufacturers do add anti-caking agents to Kosher salt, though, it is in much smaller amounts than compared to table salt. 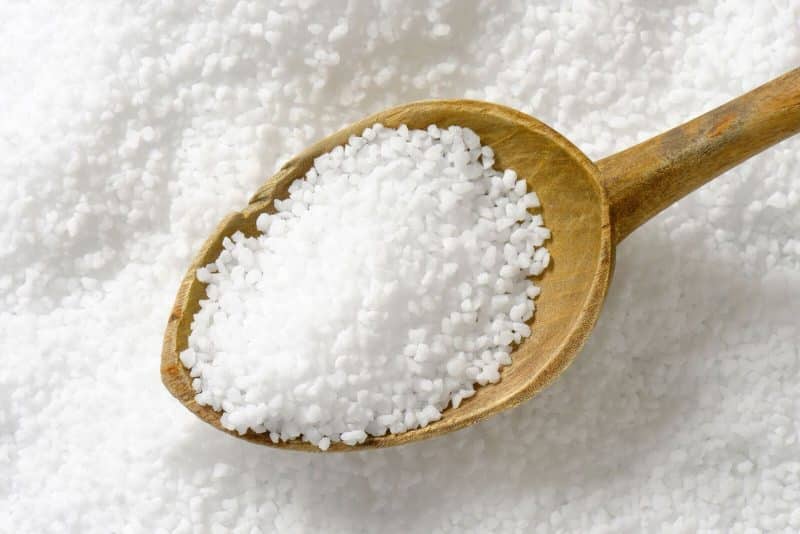 Pink Himalayan salt derives from the mountains of the Himalayas. It’s called the purest salt on earth because it’s said to be uncontaminated with modern day toxins or pollutants. Another benefit of Himalayan salt is it contains lower amounts of sodium than table salt. Plus, it also contains small amounts of minerals such as iron, potassium, magnesium, and calcium. In fact, 16 percent of Himalayan salt are naturally occurring trace minerals. It’s only 84 percent sodium chloride (compare that to table salt, which is 97.5 percent sodium chloride).

Doctors say regular consumption of pink Himalayan salt can help balance electrolytes, balance the body’s pH level, support nutrient absorption, and eliminate toxins. Aside from the health benefits, this type of salt is a bit coarser and offers a strong flavor. A little goes a long way in terms of pleasing your taste buds! 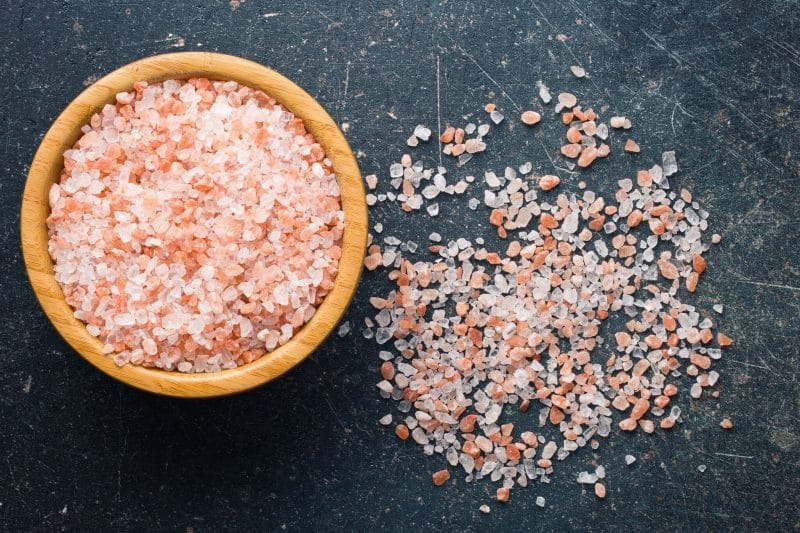 Celtic sea salt originates from Brittany, France near the Celtic Sea. It has a grayish hue and retains its moisture. So no matter how you store this type of salt, it will always be moist to the touch.

Despite the texture difference, many health experts compare Celtic salt to pink Himalayan salt because of it’s nutritional content. Celtic salt also contains a variety of trace minerals and is lower in sodium than regular table salt. In fact, studies show Celtic salt has the least amount of sodium than any of the other salts mentioned on this list. It also has the highest amount of certain key minerals, such as calcium and magnesium.

With similar nutrients, it may not come as a surprise that Celtic salt is slated to offer the same health benefits as Himalayan salt. 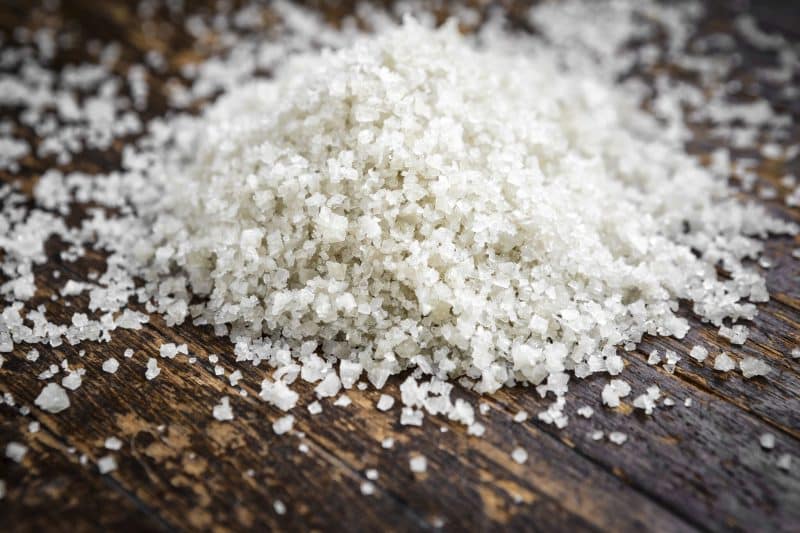 So Which Salt Is The Healthiest?

Your best best is to stick with pink Himalayan salt and Celtic sea salt. They are both pure, contain the lowest amount of sodium, and have the highest amount of trace minerals.

If you are someone who fears salt, it’s time to change your mindset. At the beginning of this article, I mentioned how doctors and government regulators alike have been telling us to reduce our salt intake in fear it could lead to heart disease. The United States Department of Agriculture (USDA) says people shouldn’t consume more than 2,300 mg of sodium per day (that’s about one teaspoon).  The American Heart Association (AHA) recommends cutting back even more, to no more than 1500 mg per day. It’s estimated that more than 90 percent of U.S. adults consume a lot more than the recommendation, though. While you should definitely reduce your intake of refined ‘fake’ salt, a great deal of research shows absolutely no connection between pure salt and heart disease. In fact, scientific research hasn’t shown any evidence that eating a low-salt diet prevents heart attacks, stroke, or death. On the contrary, many studies actually show the opposite — that eating too little salt can be harmful.

Find out more about the war on salt in this great video by Dr. Joesph Mercola:

Let’s say you avoid processed foods altogether and nourish your body with organic fruits, vegetables, lean protein, nuts, seeds, and legumes. Chances are you are going to reach for the salt shaker to give your food some flavor. Don’t feel guilty. Sprinkling your food with a little pure salt is completely fine and can even offer you a few extra nutrients.

With that said, it’s important to note that everyone’s body is unique and reacts to things differently. If you have any high blood pressure, heart complications, other health concerns, or are taking medications then it’s always best to talk to your doctor before altering your salt intake.