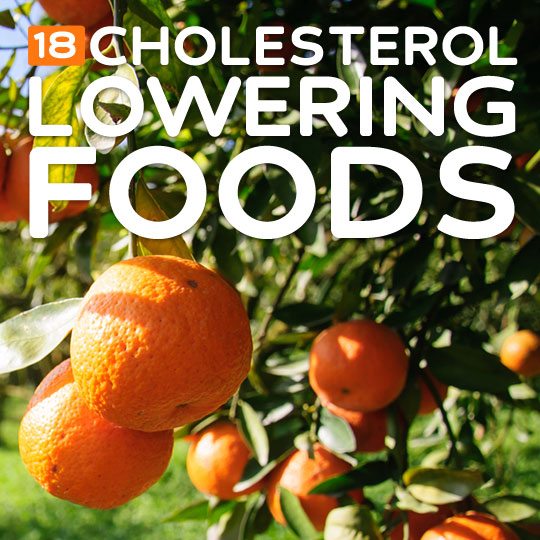 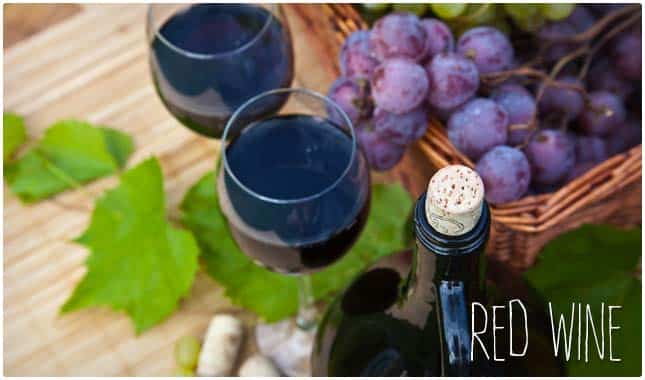 1. Red Wine
Red wine has a lot going for it in terms of assisting you in your quest to bring down your cholesterol levels. It contains a special type of antioxidant called resveratrol, which is attributed to red wine’s many health benefits. Research shows that the polyphenols in red wine (including resveratrol) are associated with a lower risk of cardiovascular disease, primarily with ischemic heart disease. Here are some other health benefits of red wine you may want to check out. We recommend sticking to one glass of red wine per day as too much of a good thing is definitely not better!

2. Avocados
Avocados are naturally cholesterol free, and contain both monounsaturated and polyunsaturated fats, which are considered healthy fats that your body needs to work at its best. The cholesterol-lowering effects of avocados applies to the bad cholesterol, and they actually work to raise your good cholesterol levels. It’s sort of like putting the brakes on one and hitting the gas on the other for a compounded effect. Specifically, it’s the oleic acid that has been shown to lower cholestrol and reduce lipogenesis, and you’ll get plenty of potassium and fiber as well.

3. Green Tea
Green tea provides an enormous amount of benefits to the body due to all of its antioxidants. It’s been linked to helping prevent and battle back cancer, and can help with any condition caused by excessive inflammation. The catechins it contains are theorized to lessen the amount of cholesterol your body takes in, which helps lessen your overall number. Research shows that green tea significantly reduced LDL cholesterol levels among healthy adults, but did not have an impact on HDL cholesterol. Hey, one out of two isn’t bad! Here are a few other reasons why you’ll want to drink green tea daily.

4. Beans
It’s the soluble fiber in beans that makes them such a superstar when it comes to lower cholesterol levels. They also help to stabilize blood sugar levels, and are relatively high in protein, so you can get sustained amounts of energy without a resulting crash later. This makes them a great side dish to many meals and worth considering eating daily. You can also eat lentils to provide many of the same benefits. Here are some more reasons why you want to eat beans often as well as some tips for enjoying them. 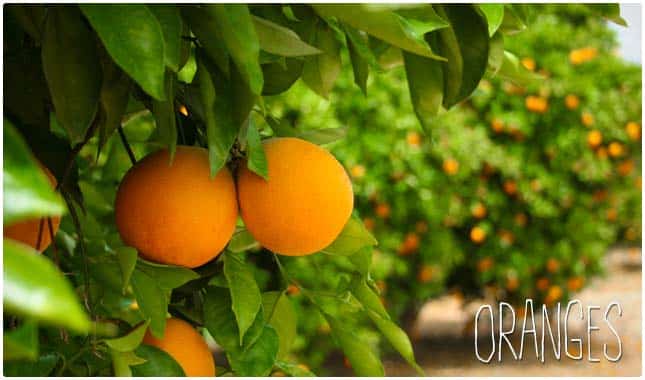 5. Oranges
Oranges have a reputation for their vitamin C levels, but they are also good at lowering your cholesterol because they contain what’s known as pectin. This helps whisk cholesterol out of your body before it can be absorbed, much the same way oatmeal works as a sponge to carry it out. One thing to keep in mind is that you don’t get the same benefit from orange juice. You’ll have to buy and eat the fruit as a whole food.

6. Broccoli
Broccoli often gets mentioned as one of the healthiest foods you can eat, and it seems to be one of the most well-rounded foods out there. The fiber is what we’re after when looking to get the cholesterol down, and if you steam your broccoli, you’ll be doing your best to make sure that it helps with the drawing out of cholesterol from your system. According to a 2015 study, there is a new variety of enriched broccoli available that lowers cholesterol by six percent. It’s also an alkalizing food, and low in fat and calories so it’s great for any diet.

Eggplant is another good source of soluble fiber, which helps lower cholestrol. One study found that in addition to lowering cholesterol, eggplant also helped reduce weight in subjects by causing endothelium-dependent relaxations in artery walls. Try adding eggplant to stir fries or your favorite dips.

8. Oatmeal
Oatmeal has been described as a cholesterol sponge that sops it up and carries it out of your body. That’s pretty good news for those that have been told they have high cholesterol. Research shows that eating oatmeal lowers your cholesterol by a variety of markers. If you don’t like the taste of it very much, consider sweetenening it up with raw honey or maple syrup. We also recommend adding some berries and flaxseed to it for a complete heart-healthy breakfast. Or try these healthy oatmeal cookies. 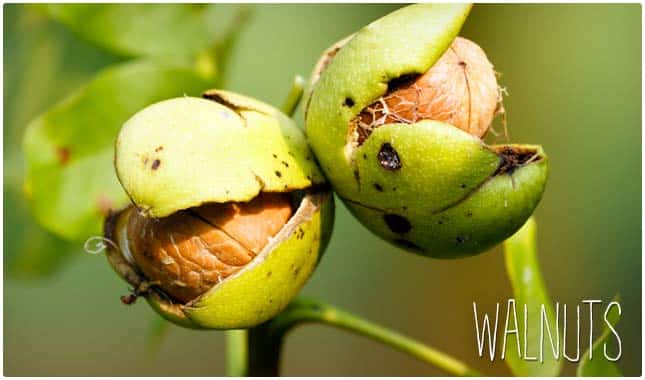 9. Walnuts
Walnuts can make a great snack, and can help to hold you over between meals. The good news is that they’re capable of helping with your cholesterol levels due to the healthy fats and vitamin E they contain. Choose walnuts that are in raw form to avoid the sugar and salt added to processed nuts. Tip: You can switch almonds, pistachios, pecans, and other nuts for walnuts to keep it interesting and still get the same benefit.

10. Blueberries
You may already be aware that blueberries contain antioxidants that are good for the body overall, but they also contain a substance known as pterostilbene which helps lower your cholesterol levels, and can also be a factor in lowering your blood pressure. So in addition to the free radical damage that blueberries help prevent, they are also great for your heart health. Eat blueberries as a snack or add them to smoothies.

11. Tomatoes
The lycopene in tomatoes has been credited as being what makes them so good for your health, and most of all your heart health. The reason is that it helps prevent the thickening of your arteries with cholesterol. In clinical trials it was shown to be effective at reducing the total amount of cholesterol in the body by up to ten percent. Cook your tomatoes to release the full amount of lycopene they contain, making it easier for your body to ingest and absorb it.

12. Flax Seeds
Flax seed is unique because it has two separate factors that make it so you’re getting less cholesterol. First, they are high in omega-3s, which can lessen the number of triglycerides in the body. They are also high in fiber, which helps whisk excess cholesterol from your body.  The nice thing about flax seeds is they can easily be added to soups, salads, and main dishes, so it’s no problem getting more of them into your diet. Also consider using chia seeds, as they provide the same benefits, and also come in a small size making them easy to consume. 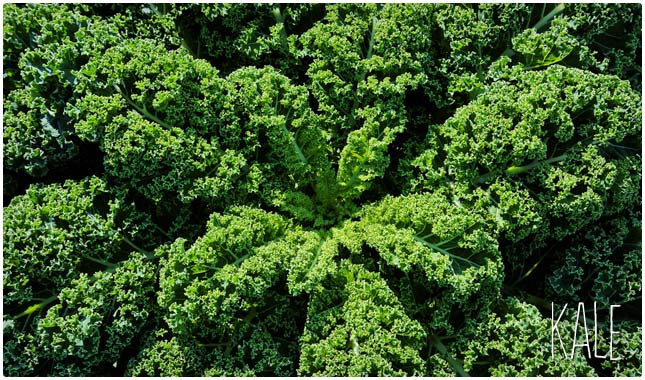 13. Kale
The fibrous and antioxidant nature of kale is what earns its spot on our list of cholesterol lowering foods. The fiber it provides works best when you steam it, and it’s recommended that you cook kale for easier digestion. In addition to the fiber kale contains, you’ll also be getting protein, iron, and plenty of phytonutrients to bolster your overall health and well-being. It’s one of the healthiest foods you can eat, and has enjoyed increased popularity and is now available at most supermarkets.

Pineapple contains an anti-inflammatory enzyme known as bromelain that has been shown to breakdown cholestrol plaque and contain a potent fibrinolyric activity, according to research. Not to mention, pineapple is delicious and always a pleasure to eat. Check out our complete list of all the health benefits of pineapple here.

15. Garlic
Garlic is well-known as being a cholesterol-lowering food, so much so that there are garlic supplements for those that want to get more of it without actually having to eat it. When it comes to the body, it’s often better to go to right to the source, and eat whole foods that give you the nutrients you need. But in the case of garlic it might not be feasible to eat as much each day as is required to get the amount of allicin that will make a difference in your cholesterol levels, making supplementation the better way to go.

16. Raw Cacao
The difference between raw cacao and milk chocolate is that raw cacao is unprocessed and still contains its nutrients. Dark chocolate consistently ranks on many healthy food lists for its antioxidants, and one type in particular, procyanidins, has been shown to help reduce the amount of cholesterol your body absorbs. This doesn’t give you the green light to binge on dark chocolate as a way to keep your cholesterol low, but in moderation it can be a contributing factor to a cholesterol-conscious lifestyle. 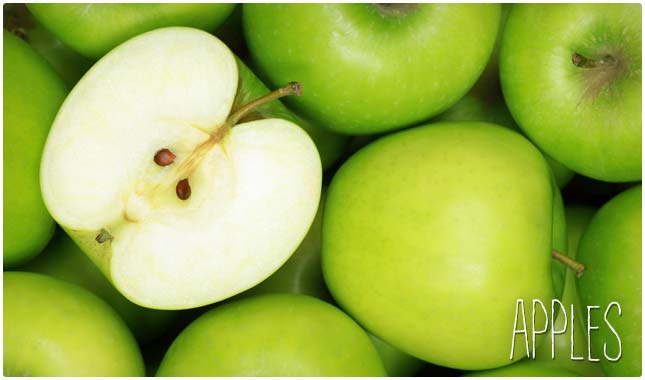 17. Apples
When they said that an apple a day keeps the doctor away, they may have been referring specifically to the cardiologist. That’s because apples provide a one-two punch to cholesterol, first with their polyphenols, and second with their fiber content. Polyphenols have been established as being able to lower the levels of bad cholesterol in your body, and the fiber helps move cholesterol through and out of you.

18. Spinach
Popeye must have been onto something when he was eating his spinach. Not only was it giving him the extra strength and energy he needed from the protein and phytonutrients, it was also helping to lower his cholesterol levels with its fiber and helping your arteries with its lutein content. Spinach enjoys a reputation as a healthy food, and has for decades. You can get more of it into your diet through green smoothies, salads with spinach used as the base, as well as making main dishes with spinach incorporated right into it. Still stuck for spinach ideas? This list can help.