Perhaps you only think of spices as something you add to food to make them taste better. But there are actually some that can be a real boost to the body, and help it rid itself of toxins. You can use these spices as a part of a larger detox effort, or used as part of your daily routine to keep the body functioning well. Just be sure to check the side effects of each one, because some of them can be quite potent and you don’t want the side effects to outweigh the benefits they have. Some people will be more likely to be affected by these spices than others, depending on several factors, so try them in small amounts before using more. 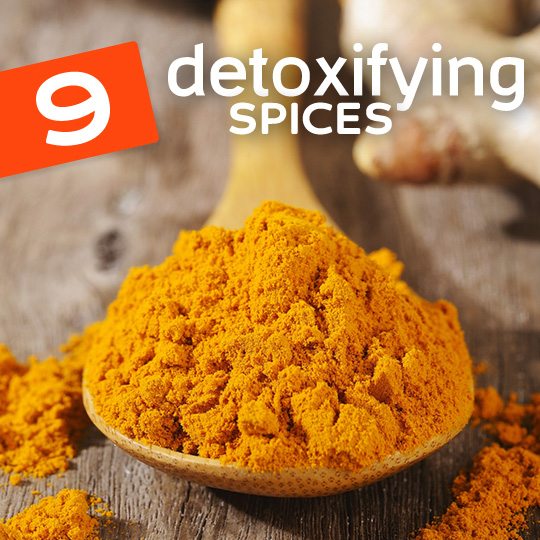 If you currently don’t use turmeric in your cooking you simply must start adding it to more of your meals. Whether this means you’ll be eating more curry than you do now, or just adding it to other dishes is up to you, but it’s a spice that has so many benefits you can’t continue to miss out. In addition to helping the liver function properly, which will help your body filter and expel toxins, turmeric has strong anti-cancer properties that make it an absolute must for anyone looking to live a long and healthy life. You can use the spice in your cooking, or take turmeric supplements with the active ingredient curcumin for similar benefits. 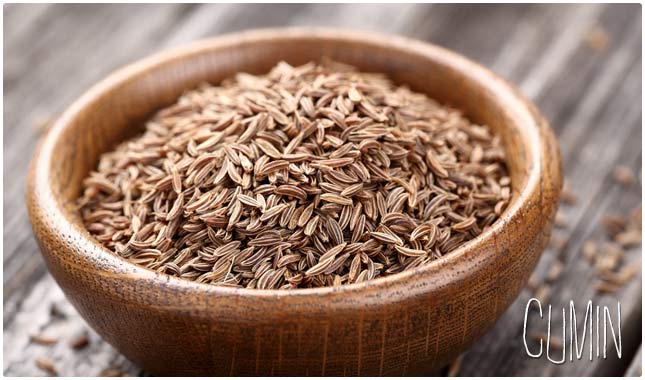 You may recognize cumin from Mexican cuisine or from chili. Of course a giant quesadilla or big bowl of chili isn’t going to detox your body, but cumin on its own has a detoxifying effect. Cumin helps the digestion, which is the cornerstone to any detox strategy. If you are releasing toxins, but your sluggish digestion is keeping them stuck inside you, it’s not going to be a productive cleanse, and you may end up reabsorbing them. That’s why it’s good to use spices like cumin so that your digestion can be running on all cylinders and you’ll be able to expel toxins more easily.

Ginger has a strong cleansing effect on the body, and one of the best features is that it helps the body absorb the nutrients and minerals taken in by eating. One thing that is often overlooked by those trying to detox the body is that it’s not just about getting rid of the toxins, but replacing them with the things your body does need. Using a spice like ginger can go a long way in assisting your body in absorbing the things it needs most. Ginger is also really great for the digestive system, and can help reduce the symptoms that come from detoxing, including flatulence and bloating.

Saffron can be a big boost to your internal organs, especially the ones that are responsible for filtering toxins and releasing them from your body. That’s why it should be included in any quest to get the toxins out, and as part of your maintenance to keep your body free from them. Saffron will help your bladder and your kidneys, which is great because this will help you pass toxins through your urine. It also is beneficial to your liver, which is the most important organ you have for toxin defense. If you focus on nothing else, make sure that you’re taking in spices that will help with your liver, as it’s the motherboard for all of your other organs and systems.

You’ll get to love rosemary because it has a fantastic taste, and is also good for detoxing the body. It is an herb that you can add to your cooking, or that you can add to water with other detox spices to make a sort of detox cocktail. The antioxidant value of rosemary may surprise you, as herbs and spices typically don’t get mentioned in a discussion on antioxidants. Antioxidants help the body defend itself against free radical damage, and getting enough of them can lead to a reduced risk of getting cancer and heart disease, and also makes your body work better overall. 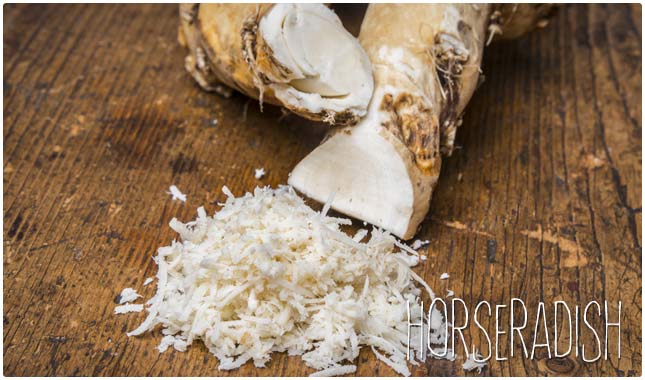 Here’s a big reason to start using more horseradish starting today: it specifically helps your liver screen out carcinogenic substances, reducing the likelihood that they’ll form into cancerous tumors, and limiting the ability of existing tumors to grow. That’s a pretty powerful form of detox. Of course, it’s also helping your liver filter out other things that will be detrimental to your body. It does have a rather powerful kick to it, and can be irritating to several parts of the body, including the stomach. You don’t have to use horseradish directly in order to benefit from its effects, and mixing it with other foods and spices can help to limit its irritating characteristic.

Cayenne pepper is used to heat up a dish, but it’s also good at helping the body cleanse itself. It’s often cited as helping to lose weight, as it’s said to speed up the metabolism, making it easier to lose weight without really trying. As far as detoxification goes, it’s going to help your digestion, which has a trickle down effect on the rest of your body and especially in how you feel. A backed up digestion will trap toxins in a sort of holding pattern in your body, and can lead to feelings of malaise and lethargy. Taking herbs and spices like cayenne pepper helps to get things moving again and helps the body properly eliminate these toxic substances.

This is a popular spice used in Indian cuisine, and can go a long way if you’re trying to detox the body. Cardamom goes to work on harmful bacteria in the body, without destroying the beneficial bacteria that you want in there. When used in conjunction with other spices that help the digestion you’ve got a powerful one-two punch that can kill off these bacteria, and then whisk them out of the body. One side benefit of using more cardamom is that it acts as a natural antidepressant. Even if you’re not depressed it will help boost your mood, making it a great spice to introduce into your diet.

This is a popular spice often seen used in baked goods. Unfortunately when it’s used in sweet pastries it isn’t going to have much of a detoxifying effect. It needs to be consumed either by itself or with other wholesome and natural ingredients if it’s going to provide any sort of detox benefits. The best way to consume cinnamon for detox is to add it to a detox beverage, such as a shake, smoothie, or detox water. This gives you the most direct benefit and will yield the best results.

Liver Detox: Do You Need It? (+ How to Do It Safely & Effectively)

What Is The Whole30 Diet? Benefits + Recipes!

We hear so much about cleansing and may wonder just how beneficial it can be. A proper cleansing or good habits for naturally detoxifying the body...

22 Detox Soups to Cleanse and Revitalize Your System

A detox soup takes many of the healthiest ingredients...

Detoxing with juice drinks is one of the simplest and most beneficial ways of cleansing the body and feeding it the nutrients it is really...

Detoxification, often shortened to detox, is a popular type of body cleansing. Gaining traction as an alternative-medicine treatment, many people...

Drinking water all by itself is a good way to help flush the body of toxins on a daily basis, but with a few simple ingredients you can transform...